Studio Sallali Vaverka has rebranded the Amsterdam Museum, incorporating the St. Andrew’s cross, a symbol found across the Dutch capital.

Amsterdam Museum was founded in 1926, and has a collection of over 100,000 objects which seek to tell the story of the city’s past, present and future. It’s recently expanded into other directions, with a digital exhibition entitled Corona in the City. 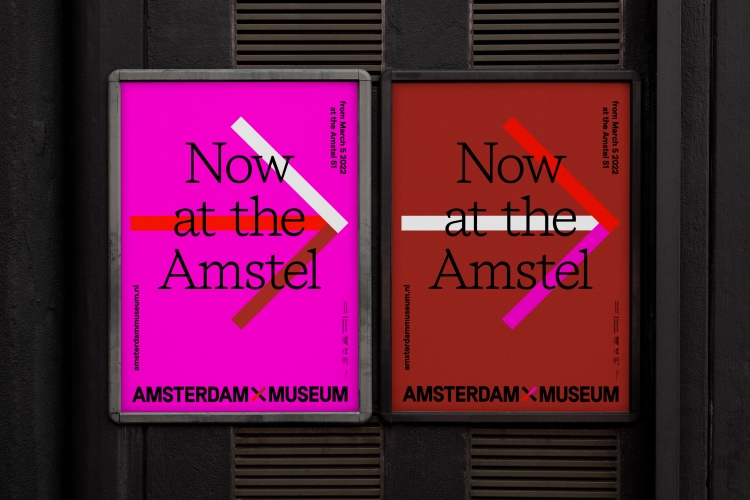 Studio Sallali Vaverka – a collaboration between Amsterdam-based graphic designers Hamid Sallali and Isabelle Vaverka – was responsible for rebranding the institution, followinga  recent refurbishment. The identity can be seen in situ at the museum, and also across OOH communications.

“Our goal was to strengthen the identity by creating a couple of visual rules,” says Vaverka, explaining that the museum’s image had become disparate following a number of campaigns from different designers. The logo was inspired by the St. Andrew’s Cross, which has become a symbol of the city and can be seen on on the city’s flag. 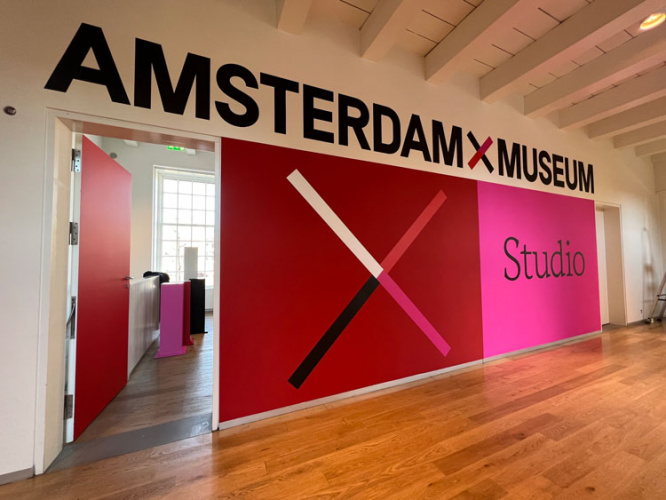 While the symbol can be found everywhere – on tourist gadgets to official city documents, Vaverka explains – the symbol “needed a twist”, she adds. To reflect the museum’s aim of being a “connector” (a place for visitors across age groups, backgrounds and cultures), the designers came up with the idea of forming four lines in different colours. Vaverka calls it a “recognizable element which stands for all the different influences this city is built upon”.

As for the colours, Vaverka says that red was the natural choice as it is a shade that can be found across the city. While it felt like too obvious a choice at first, using any other shade for the museum did not feel right, she explains. To add some variation to this choice, the studio added colour variations to the palette – oxblood red and rhodamine red. 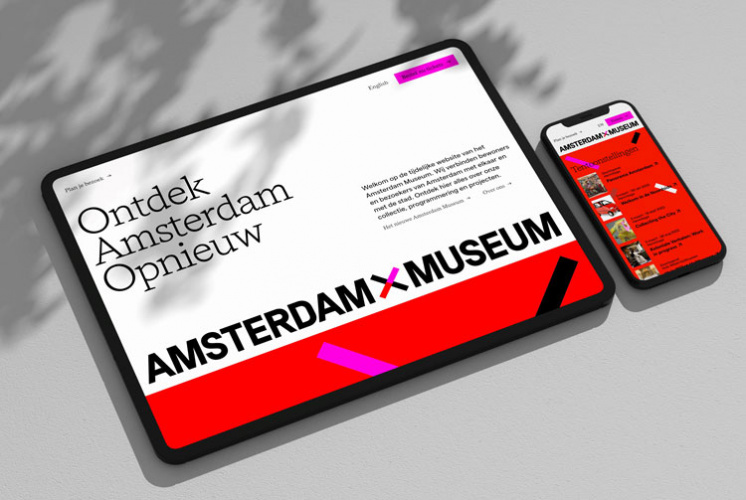 “On the one hand, these three types of red can symbolize the past, the present and the future of the city, which are all represented in the museum,” says Vaverka. “On the other hand, they can also symbolize the diversity of the people of Amsterdam – which is everything but monotonous.”

The typefaces are an attempt to tie into the museum’s ambition to connect a diverse audience to Amsterdam’s past, present and future, according to Vaverka. The logo uses the typeface Parada, while Messina Serif provides a serif counterpart. Supporting information uses the typeface Matter. 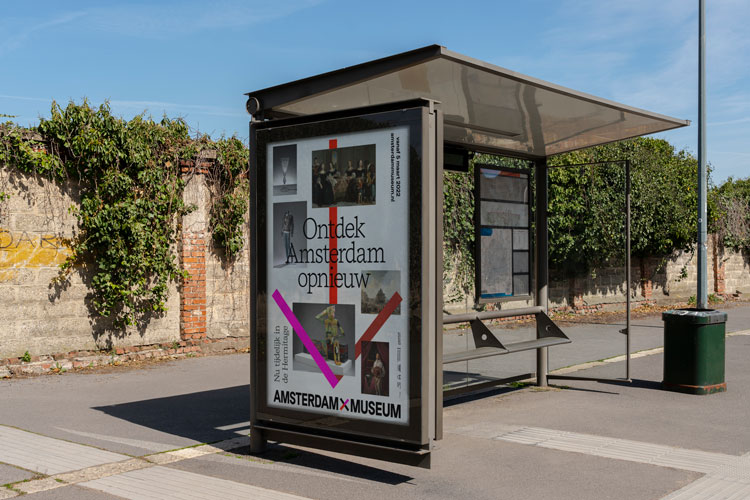 Vaverka hopes that a structured use of typefaces and imagery will add consistency to the brand identity. “We hope that the museum becomes recognizable again wherever its communication show up,” Vaverka says. “In the streets of Amsterdam, on your phone, or right in the museum itself.”

The museum has also launched a digital platform as part of the rebrand, made in collaboration with digital design studio Bravoure. This will be rolled out in full later this year.