Manchester is a city on the move. It is at the heart of the Government’s Northern Powerhouse initiative, which will see increased investment in transport and other infrastructure over the next few years to help establish the North of England as an economic hub in its own right. As part of this effort, last year Mancunians voted for Labour MP Andy Burnham as its very first Metro Mayor, signalling a further devolution of power to the region.

The city has seen much social, economic and cultural change since Design Manchester was founded in 2013. The brainchild of graphic designer Malcolm Garrett and Instruct Studio founder John Owens, the design festival is well-known for its eclectic mix of exhibitions, workshops, film screenings and talks, as well as its annual one-day conference.

For its fifth edition, the festival’s programme is based on the theme of “reality reframed”. It aims to highlight Manchester’s cultural heritage through exhibitions about (and an actual live performance from) Bolton-born punk band Buzzcocks, while also looking to its future by encouraging conversations around topics such as architecture and design within the city. “We wanted to pay attention to the incredible growth happening all around us, framing elements but also reflecting the punk and do-it-yourself ethos that lit up the city over 40 years ago,” says the Design Manchester team.

We’ve rounded up our favourite exhibitions from this year’s festival, which runs until 22 October at venues across Manchester.

One of the UK’s most notable textile designers, Lucienne Day was known for bringing the drabness of post-war Britain to life with her colourful, patterned designs, which have been applied to countless fabrics, wallpapers, ceramics and mugs over the years.

Housed in the “vertical gallery” at the Manchester School of Art, the exhibition traces Day’s design career from her breakthrough at the 1951 Festival of Britain, where she debuted her famous, geometric Calyx textile design as part of the Homes and Gardens Pavilion.

The exhibits are spaced at various intervals around the towering glass metal structure of the university’s RIBA Stirling prize-shortlisted Benzie Building. Photography drawn from the Robin and Lucienne Day Foundation’s archive showcases her work for clients such as John Lewis and the British Overseas Airways Corporation (BOAC), as well as showing the designer at work herself. The exhibition also aims to highlight Day’s legacy today, with long reams of her fabrics that have recently been reproduced hanging from the walls of the building. 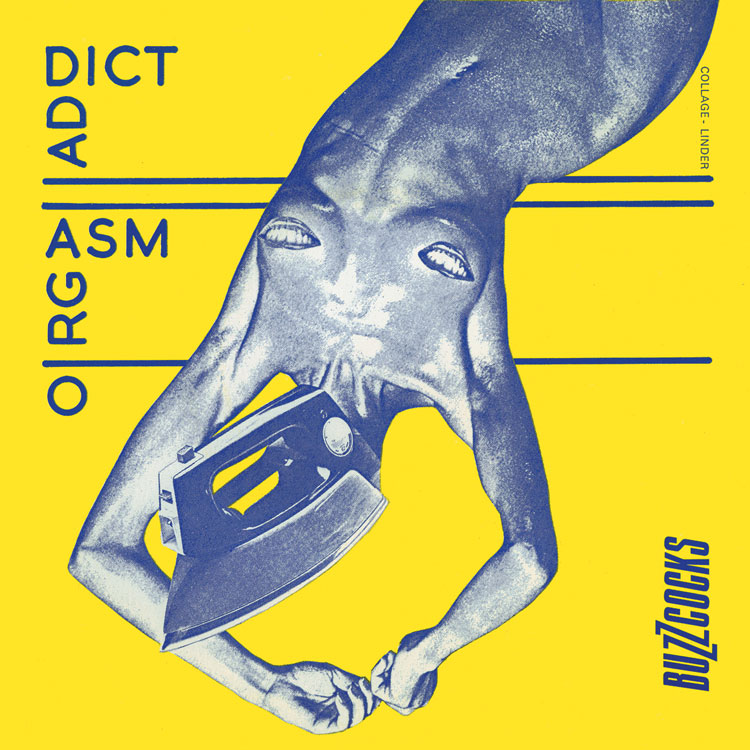 This October marks 40 years since Malcolm Garrett designed his first record cover for the Buzzcocks while studying locally at Manchester Polytechnic (now known as Manchester School Art). Orgasm Addict was the band’s first single, and Garrett’s design featured a photo montage by artist Linder Sterling that he flipped upside down and rendered in cobalt blue, setting it against a yellow backdrop for maximum impact.

As part of the festival, Garrett has commissioned 120 designers to “fuck up” his original artwork and create “reframed” versions of the record sleeve. Designers that have taken part include established names such as Craig Oldham and Michael C Place, along with young and up-and-coming talent.

Curated by design studio Dr.Me – which has also contributed its own interpretation – the only rule for participants was to stick to the record’s original blue and yellow colour palette. As a result, the contributions vary wildly, ranging from graphic images of sex toys and genitalia to typography-led submissions. One particularly sycophantic contribution simply reads: “The original cover by Linda Sterling and Malcolm Garrett is totally authentic – and perfectly complementary to the music. Any attempt to remake, update or replace it would be an entirely futile act of mawkish nostalgia”.

The 120 designs can be seen at several venues including bar and restaurant The Refuge, in the window of arts and crafts shop Fred Aldous, and dotted around “unexpected places” all over the city.

Fizzing at the Terminals

Another Buzzcocks-themed display, Fizzing at the Terminals brings together Garrett’s designs for the band from over the past 40 years at community workshop and design studio Plant Noma. “It’s even the first time that I’ve seen all of this stuff together,” says Garrett. “The pieces have always lived in different garages and lockups, or under beds.”

The exhibits are displayed simply on white walls with no captions – “My work is self-explanatory,” says Garrett. They date from his first ever design for the band, the one-off Love Battery poster gig from May 1977 that references the house party at a flat above a fish shop in Manchester where the designer first met lead singer Pete Shelley, right up to his book cover for a new version of a biography about the band by Tony McGartland, which was published earlier this year. 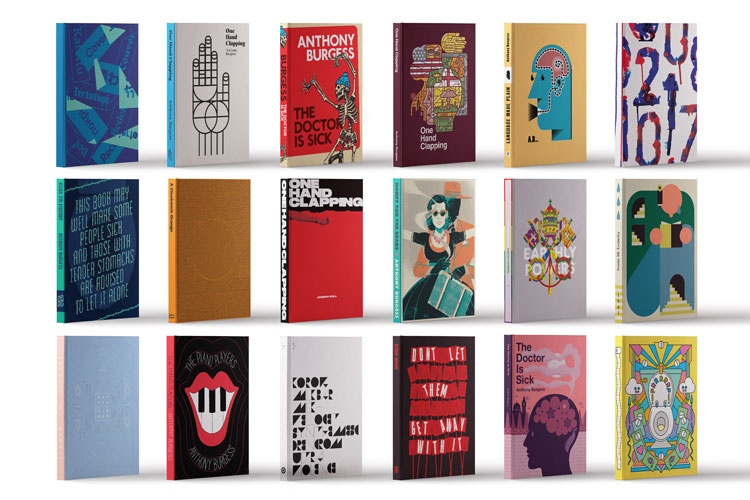 This year marks the centenary of Manchester-born writer and composer Anthony Burgess. To celebrate the occasion, educational charity the International Anthony Burgess Foundation has curated an exhibition of the writer’s book covers to coincide with Design Manchester.

Although best-known for his dystopian work of fiction A Clockwork Orange, Burgess wrote 33 novels and 25 non-fiction works during the course of his career. The exhibition features original covers from around the world for books such as 1985 and One Hand Clapping, along with designers’ reimagined versions of them, which address the themes of censorship, multi-culturalism, and sexual and individual freedom so often explored by Burgess in his writing.

Design Manchester runs until 22 October at various venues across the city. For more information, head to the festival’s site.