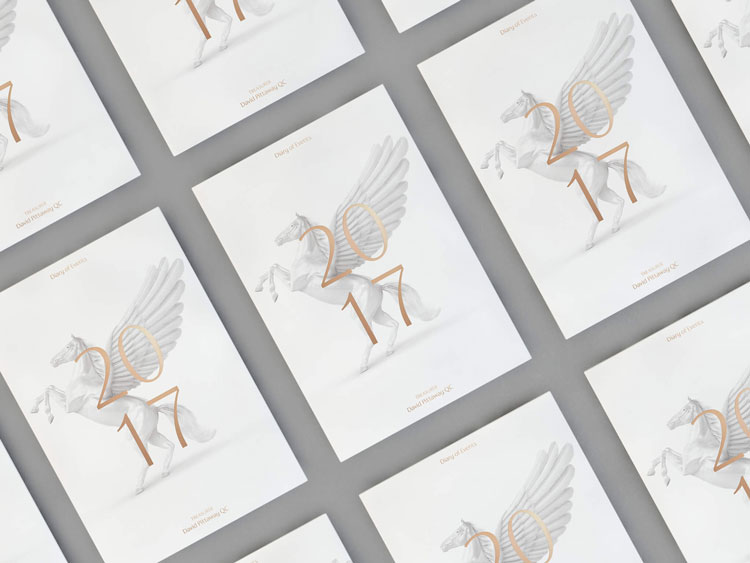 SomeOne has rebranded lawyers’ organisation, The Honourable Society of the Inner Temple, with a redrawn Pegasus logo that aims to break away from flat graphic symbols.

The Honourable Society of the Inner Temple – The Inner Temple for short – was founded in 1388, and is a professional association for barristers and judges.

One of four barrister inns

It is one of four barrister associations across the the UK, and provides legal training, information on regulation, and advocacy and support programmes for members, alongside outreach programmes to engage young people within the profession. Barristers and judges must be a member of one of these four associations to practise in England and Wales.

Barristers take cases in higher courts, draft legal pleadings and research the history and philosophy of law. Unlike solicitors, they are rarely hired by clients. It takes at least four years to train as a barrister.

The Inner Temple’s headquarters is based within the Temple area in Central London near the Royal Courts of Justice, and currently has over 8,000 members.

“The most progressive” association

SomeOne has rebranded the organisation with an aim to emphasise it as “the most progressive of the four inns of court”. It was the first inn to welcome female members.

“The Inner Temple is centred on trying to get younger people involved, and it wants to ensure the future of the barrister sector is made up of a broad church of society rather than people you typically association with those kind of roles,” says studio founder Simon Manchipp.

The new brand includes a Pegasus symbol, which replaces the “30 iterations of the animal that previously existed”, says studio founder Simon Manchipp. A Pegasus is a mythical, winged horse creature derived from Greek mythology.

The studio created a three-dimensional interpretation of the winged horse by photographing real-life horses, heat-mapping and tracking their movements, and analysing their muscles.

“It would have been easy to come up with a flat symbol, but we wanted to create the most truthful depiction of the animal,” says Manchipp.

While the symbolic relevance of the Pegasus to the legal organisation is not known, the animal has often been associated with wisdom, which is a value that resonates with barristers, says Manchipp. The studio kept the animal for this reason and because it was “the one constant” of the brand.

A colour palette of white, grey, navy blue and gold has been used, alongside sans-serif typeface Sienna, created by type foundry Fontsmith. Gold foiling has been used for copy to add a “premium” touch.

Alongside the rebrand, SomeOne has redesigned the Inner Temple’s website in a bid to widen the scope of the organisation outside of London and make it easier for barristers across England and Wales to connect with each other. Digital studio Univers Labs developed the website.

The new site gives more precedence to news and events going on in the world of barristers and judges, advertises the financial prizes the organisation gives away, shows more information about the organisation’s estates and has a members’ section.

“The Inner Temple has a collegiate, deeply supportive atmosphere and approach, which some of the other inns are not famous for,” says Manchipp. “It’s deeply respected in law circles, so we wanted to build on its history rather than stamp on it, but also improve it digitally so members can gain access to all of its information.”

The project took 18 months to complete. The new identity has now rolled out across online platforms such as website and social media, merchandise, print and marketing materials, and across signage and interiors at the Inner Temple’s London site, such as its Pegasus restaurant, libraries and gardens. 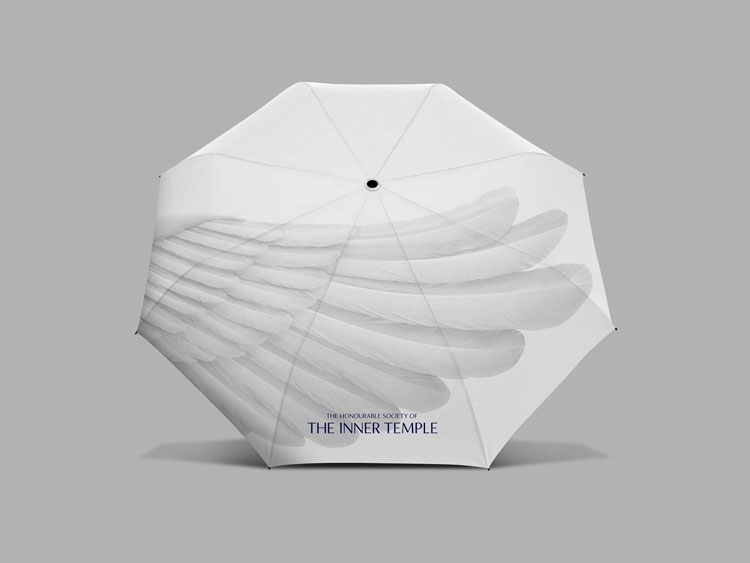 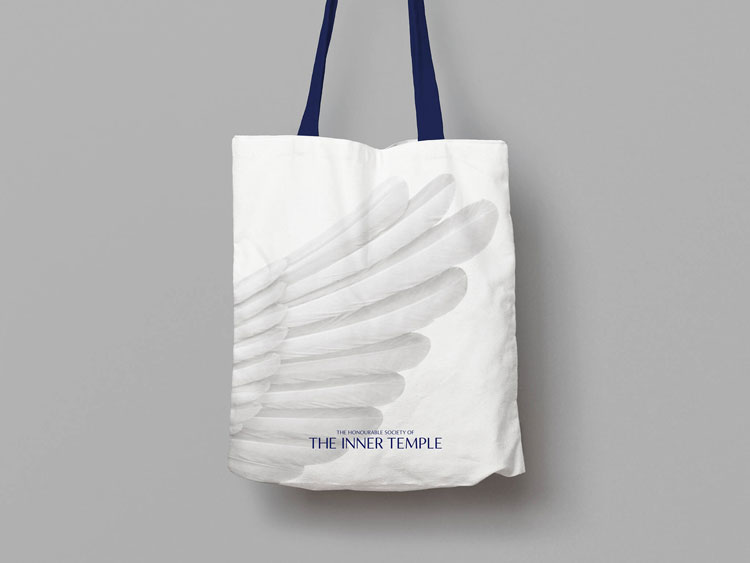 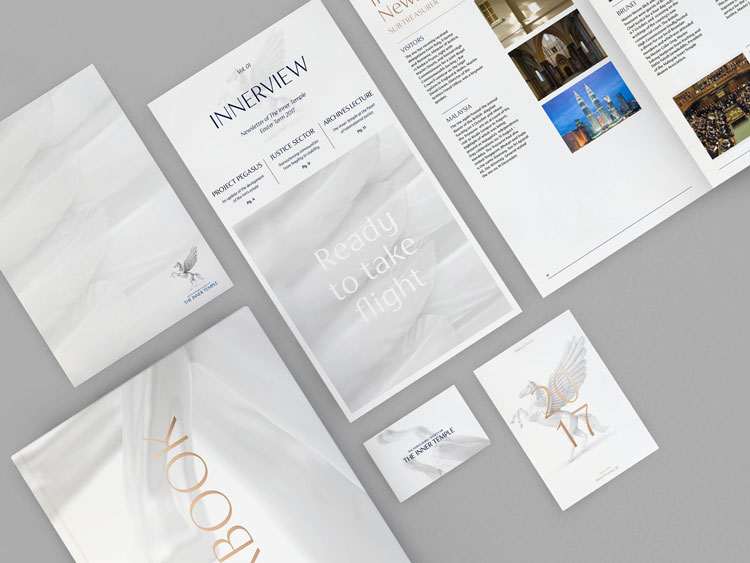 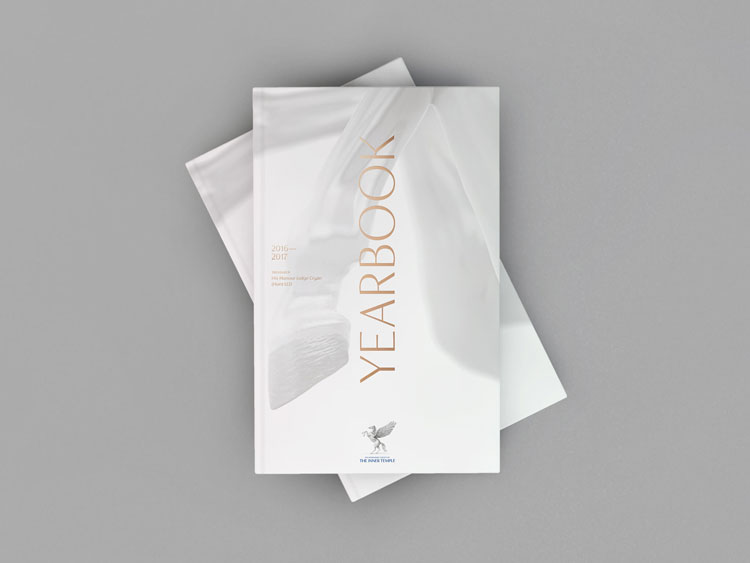 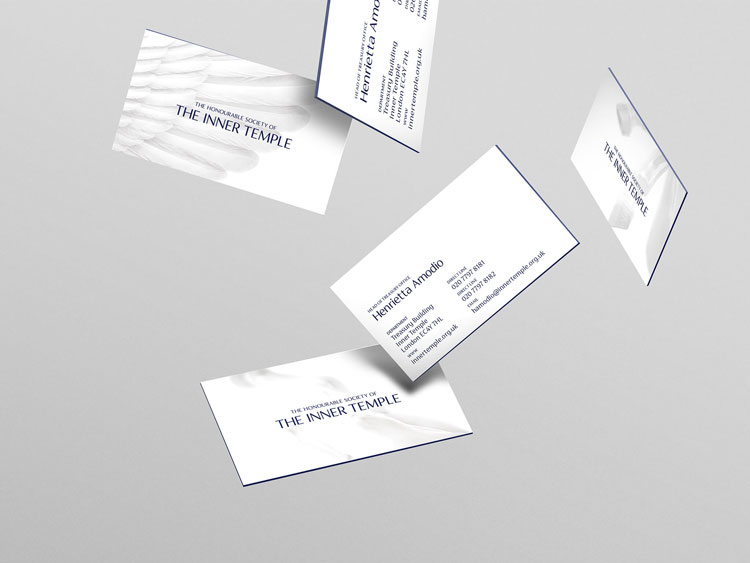