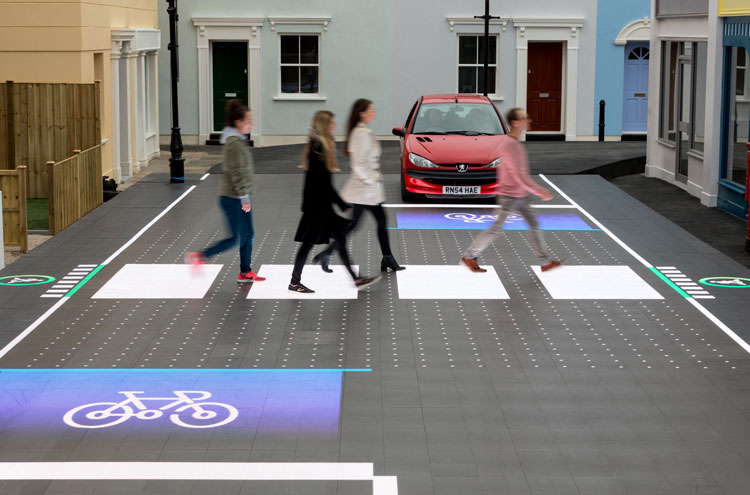 An interactive crossing designed for roads that would respond to people’s changing movements throughout the day has been prototyped in South London.

Starling Crossing has been created by urban design consultancy Umbrellium, and works by lining roads with a material embedded with LED light technology. The project was commissioned by car insurance company Direct Line.

This is accompanied by two cameras at either end of a crossing area, which are “not for surveillance” and do not store images, says Usman Haque, founding partner at Umbrellium, but instead are “effectively the equivalent of motion sensors”.

As people approach a road, the footage from the cameras triggers the LED lights, and a crossing appears and lights up on the ground.

The idea is a “responsive” crossing that only appears when it is needed and reacts to people’s movements throughout the day, so it is present at busy times but disappears at quiet times.

The crossing would also be able to “learn” people’s common routes and adapt accordingly, for instance by creating a diagonal crossing if a lot of people leave a train station and walk diagonally to a shop across the road.

The prototype is currently being tested on a private road in South Wimbledon, and is roughly 165m2 in size.

Starling Crossing has been designed with four main uses in mind. The first is in areas where crossings are not necessary 24 hours a day, where the crossing can appear and disappear when needed.

The second is areas where there are mass movements of people at certain times of the day, such as outside a pub or cinema in the evening, where the crossing can widen accordingly to suit different numbers of people.

Another is emergency situations, where a distracted person or child wanders into the road, where a ring of LEDs can appear around the person as a “buffer” zone to alert drivers to the person in the road more clearly.

The final one is situations with blind-spots, where cyclists and pedestrians cannot see each other, such as when a large car or van is blocking the view. At this point, the cyclist will see an LED warning signal to alert them to a person being out of their line of vision.

The aim of the Starling Crossing is to “put people first rather than vehicles”, says Haque, though Umbrellium does not intend for the interactive crossing to replace all existing road marking systems.

“Typically road technology is all about cars, autonomous vehicles and traffic light systems,” he says. “We want to build urban technology that puts people first, and empowers people within a city to be able to move smoothly throughout it.”

“The idea is not to put it everywhere, just the most complex parts of a city that need something like this, such as when there is a school nearby a train station,” he adds. “We are looking for situations where it can best play a role.”

Umbrellium gathered research from the Transport Research Laboratory (TRL) for the project, to work out the best-suited scenarios for responsive road technology. Direct Line commissioned TRL to complete new research.

The design consultancy’s next steps are to carry out “a whole lot more testing, designing and consultations”, says Haque, and approach local councils and other public bodies at the same time to gauge interest.

The prototype in South London involved the LED-embedded material being laid down on top of existing roads, but a permanent crossing would potentially need existing roads pulled up and replaced, he adds.

“This is a complex-enough initiative, beyond just the technology,” he says. “We need to start interacting with councils and identifying appropriate partners now, to work out deployment logistics. That’s crucial throughout the development of the design.”

He adds: “I see this as one of many other strategies to make roads more pedestrian-friendly, such as those to do with shared public spaces and cycle lanes. We don’t want to design for vehicles, we want to design roads for how humans interact with each other and their environments.” 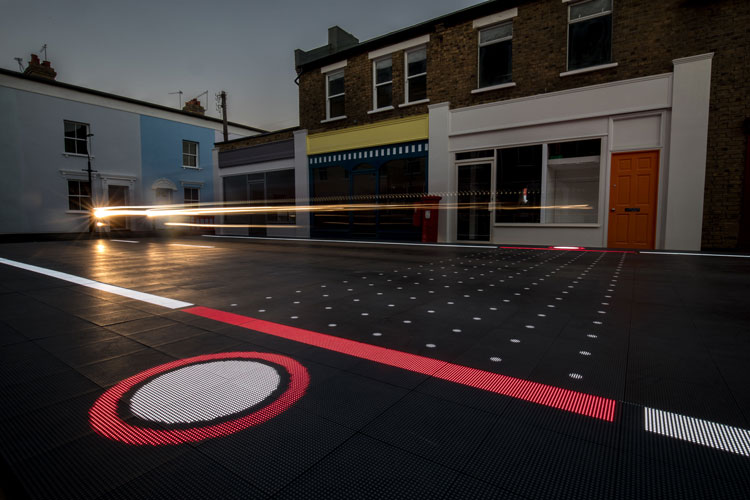 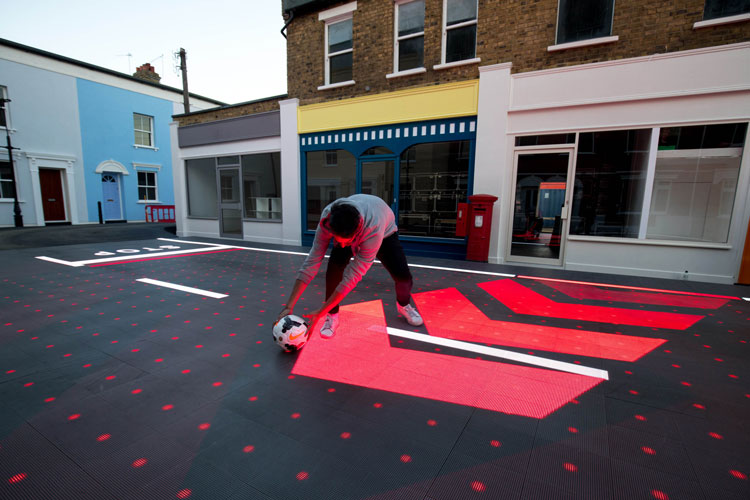 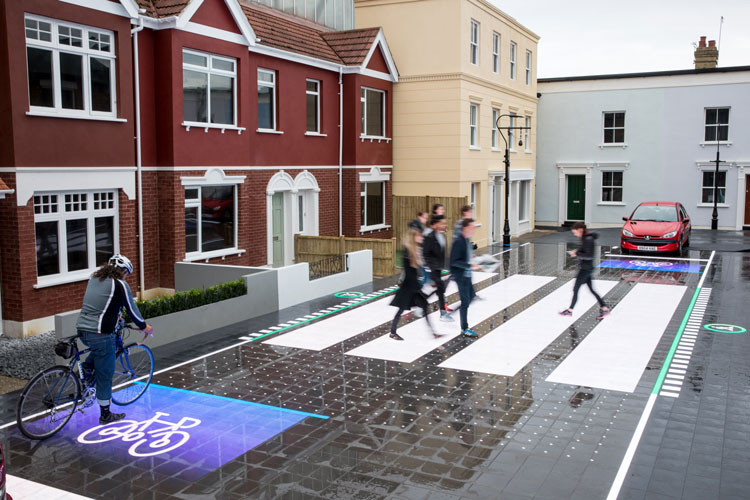