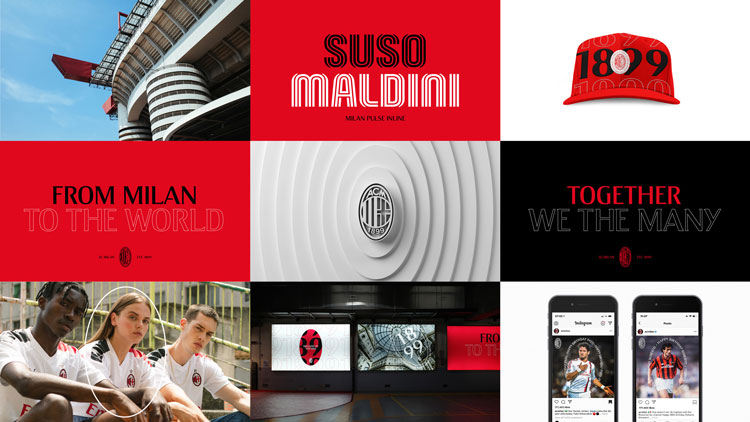 AC Milan has been rebranded by London-based DixonBaxi with a visual identity that “goes beyond football”, the studio says.

Aporva Baxi, co-founder of DixonBaxi, says that the rebrand aims to “propel the club into a new era with absolute confidence”.

This new era includes a more “refined digital experience” as well as an updated lifestyle product range, aimed at casual as well as more committed fans. 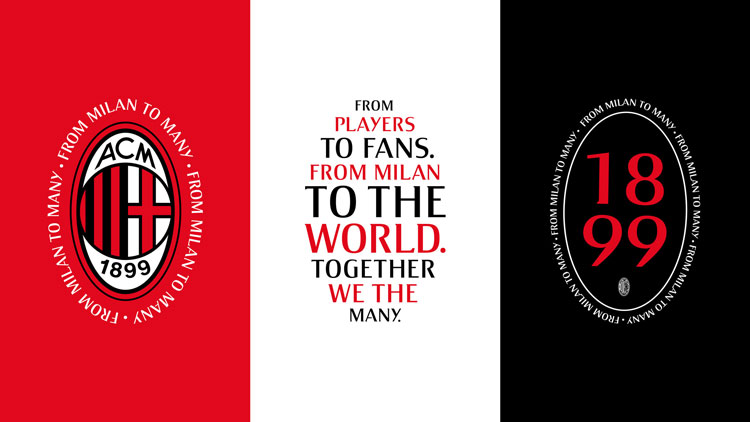 Keeping the “iconic crest at the heart of the brand identity”, the studio used the visual as part of the new branding system. “We looked to fashion, lifestyle and Italian culture to create a brand system that felt modern and elegant,” Baxi says. “We used the crest’s oval shape to focus, frame and tell stories.” 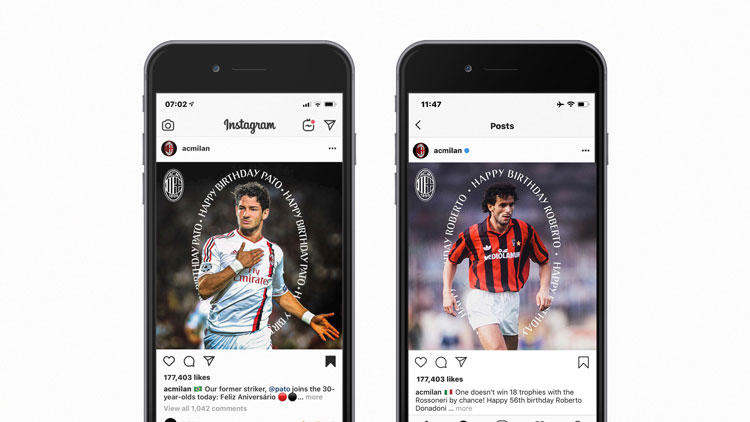 Statements that are wrapped around the crest include, ‘From Milan to Many’ and ‘We the Proud’. One aim of this simplified system is to “bring fans around the world closer to their obsessions”, especially on social platforms.

The red, black and white colours have also been kept in an attempt to create a “unified system”.

“The heartbeat is at the centre of the new brand expression” 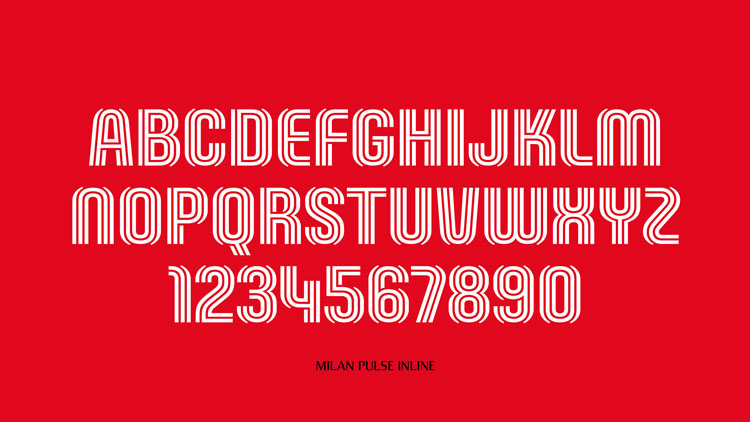 DixonBaxi has also created a new font, Milan Pulse Inline, which plays with the idea of a heartbeat, as a way to reflect the passion of the club’s fans. “It reflects the pulse through design of the letterforms,” Baxi says. “The heartbeat is at the centre of the new brand expression.”

The stripes of the font also echo the red and black in the club’s badge and players’ jerseys.

Again, adaptability was key; it is intended to compliment the existing AC Milan serif font and can be seen on the big screen as well on merchandise and social channels, according to Baxi. “It adds a sense of drama and energy to the brand,” he says. 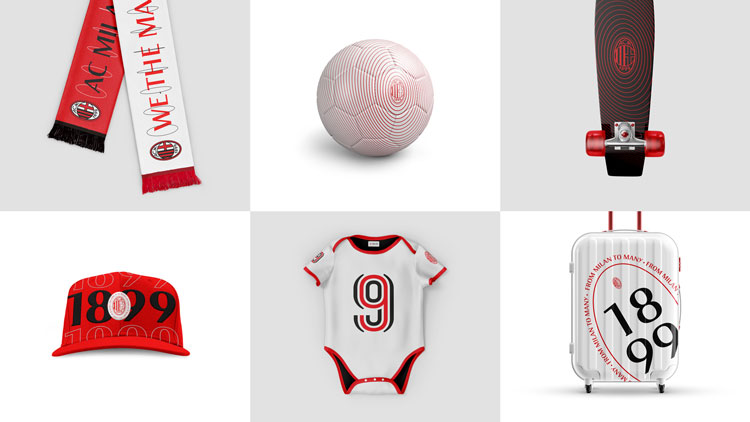 The branding also extends to a new range of products, including skateboards and suitcases. Baxi says: “With the club focused on growth and reaching an ever-passionate audience of over 400 million globally, it was important for us to consider products that everyone would want — from infants to teens to adults.”

In creating this new line, Baxi says it was key to create stylish products that people would actually want, from caps to baby clothes to jackets.

Another target audience was the more casual fans. The studio wanted to attract “people who are not die-hard fans but want to feel a desire to be part of the club and be drawn to products that feel fashion-forward, premium, elegant and part of their lives beyond the stadium.”