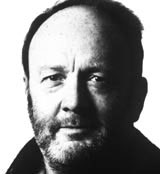 For at least the first half of John McConnell’s 20-year tenure as consultant to Boots the Chemists, the ethos of a Boots product range was either witty, informative or stylish, and sometimes all three.

In spite of the unique ‘lab coat clinical’ core business of the manufacture, or factoring, and subsequent retail supply of prescription items, the product ranges spiralling out from this centre, through cosmetics, toiletries and beyond, were allowed to express both a logical and emotive response to consumer need.

This approach was not dissonant with brand integrity, but exemplified mature evolution, demonstrated earlier (before McConnell), at an extreme, in the No7 and 17 ranges.

Steve Russell, Boots chief executive, sat at McConnell’s right hand, in a literal and metaphorical sense, to witness the sales success of this perceptive diversity.

It is then, surprising to find him presiding over the poor chemistry of combing an in-house design director with the ‘establishment advertising/ design one-shop’ that is the WPP Group.

The deity McConnell was not without dogma: packs should have an ‘idea’; but the variety of size and personality of consultancies on the roster and McConnell’s human side resulted in ranges that were appropriate, well-crafted and held a property.

In my experience the buyers/ brand managers of Boots were among the most attentive, imaginative and intelligent people purchasing own-brand design work. Exceptionally, though, there was the odd one who would evince a desire for the me-tooism that is so prevalent in British retailing.

My sense of the present proscriptive tendency of Boots is demonstrated by its brief, in conjunction with Corus, for a category in the British Design & Art Direction’s 2003 Student Awards.

Here, as expected, the primary consideration is pack structure, but the opportunity to also re-examine the Botanics sub-brand, in any innovative way, is denied. The message to students: Boots, brand of stasis.

Superdrug, once a bit of a joke at Boots, has for some time operated the strategy of commissioning high quality graphic variety and wit for range identities, which can only enhance its brand strength.

I hope that Boots’ loss of brio is temporary and that we will not watch a British version of Coca-Cola’s reaction to the Pepsi Challenge.

A few dozen of us designers will wish Russell well and remember with affection his dual role with McConnell, and the great work that was produced during their tenure at Boots.

Footballing banter that puts ball in England’s half