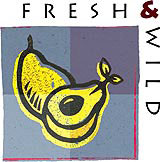 Organic and healthy eating could become the next highly branded high street phenomenon, following the success of soup and juice bars.

A number of restaurant and store operators have brought in design consultancies to create a look and strategy with a view to rolling out nationwide.

A contract caterer has opened a 250m2 healthy fast food outlet at Waterloo Station. Select Service Partner set up Delimento with Compass Group. The groups plan to open more sites in the third quarter of this year in leisure centres, railway stations and shopping centres nationwide. The logo was designed by XAB in London.

Meanwhile, Meaning Green, a Swedish healthy-style bar, restaurant and take-away at London Wall, is hoping to take on the likes of Pret A Manger. Ally is working on the rebranding and strategy for its take-away service, and the plan is to take the concept nationwide.

Organic food store Freshlands is expanding under the new name of Fresh & Wild, which incorporates its sister brand Wild Oats.

Rob Anderson and Associates in London is creating an identity, retail environment, signage and own-brand labelling. Two new stores will open in London’s Soho and Lavender Hill later this year. The three existing sites are in Camden, the City and Notting Hill.

Consultancy managing director Rob Anderson adds: “The whole philosophy of Fresh & Wild is it being an open market. Therefore, we are trying to avoid many of the heavily planned and organised designs of most stores.”

Educated to be proud