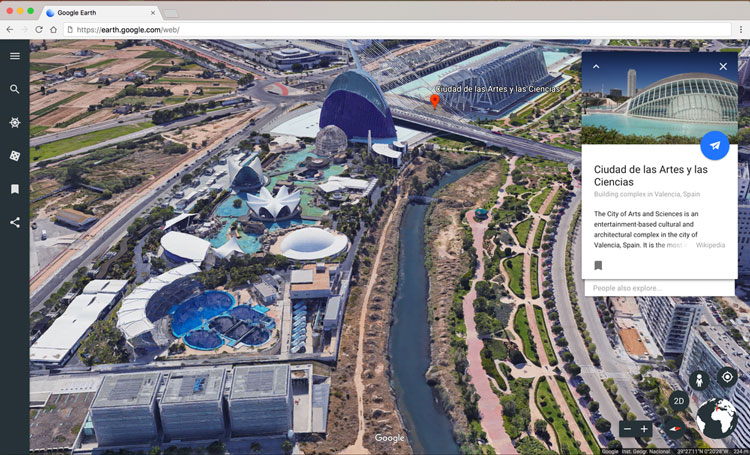 The new version has been launched to coincide with World Earth Day, which takes place this week, and looks to act as a means to “connect to something bigger than ourselves”, says Google Earth product manager Gopal Shah.

The relaunched Google Earth comprises a range of new features, including a three-dimensional button that allows the user to see locations including the Grand Canyon in the US and the Loire Valley in France from any angle.

Google has collaborated with a number of charities, scientists and storytellers including David Attenborough for a new feature called Voyager, which has more than 50 immersive stories and interactive guided tours of different places.

One Voyager story produced in collaboration with BBC Earth is called Natural Treasures, and takes the user on a journey across six different habitats ranging from mountains to jungles, teaching them about the varied wildlife found in each place.

A new Knowledge Card feature allows the user to learn about the history and see more pictures of different locations across the world, while “I’m feeling lucky” randomly transports them to one of 20,000 curated locations such as the Zao Hot Spring in Yamagata, Japan and the La Scala opera house in Milan, Italy.

“Open up different lenses for you to see the world”

Users can also share a virtual Postcard of their view with their friends or family, featuring a link that takes them to the exact point that the user is virtually standing.

“With the new Earth, we want to open up different lenses for you to see the world and learn a bit about how it all fits together; to open your mind with stories while giving you a new perspective on the locations and experiences you cherish,” says Shah.

The new version of Google Earth is now available on the web on Google Chrome, with other browsers to follow in the near future. Android mobile users can access it later this week. The desktop program Google Earth 7 is also now available to download. 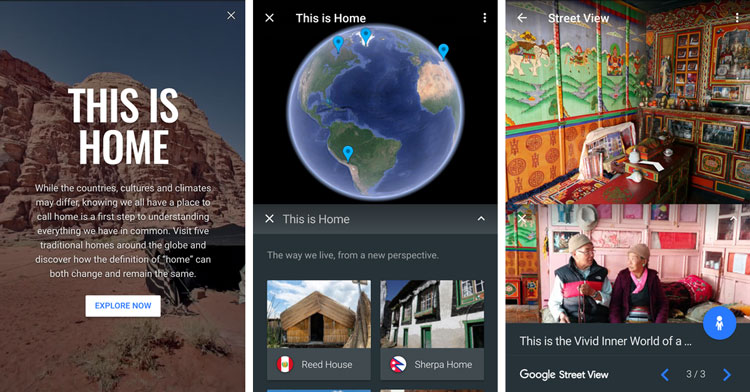 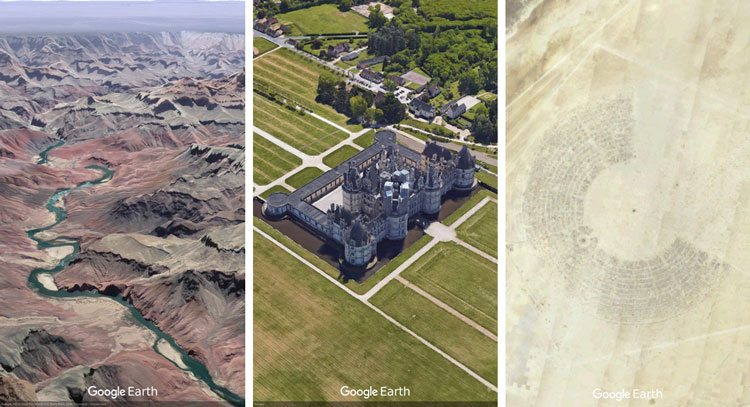