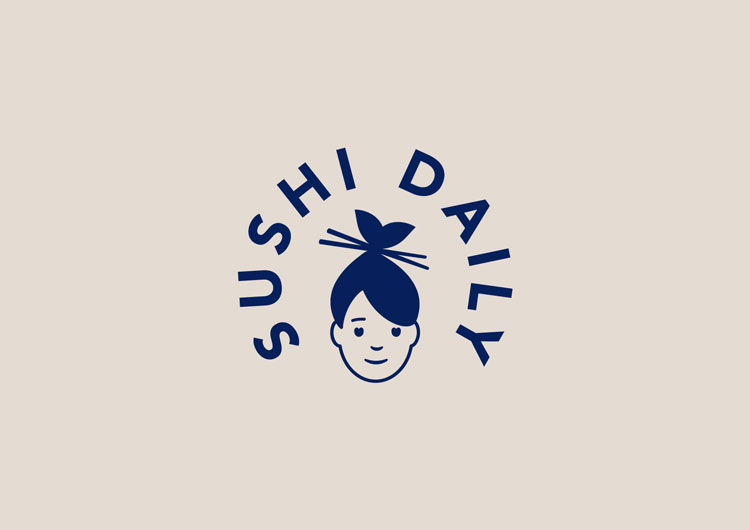 Design studio Without has created a new visual identity for Sushi Daily that hopes to highlight the “quality” of the products and help it stand out on the high street.

The company is well-known for its sushi kiosks across more than 700 supermarkets in Europe, including numerous Waitrose stores, where chefs make sushi on site.

As the company launches its first solo branch in Oxford Street, it has brought in Without to create a look that aims to help it compete with other stand-alone sushi stores. The rebrand to Sushi Daily has currently only been applied to the new high street branch, and its accompanying website.

According to the studio, the existing branding and packaging which features black sushi trays with gold patterns and flowing, script-style typography, looks similar to many supermarket sushi brands. 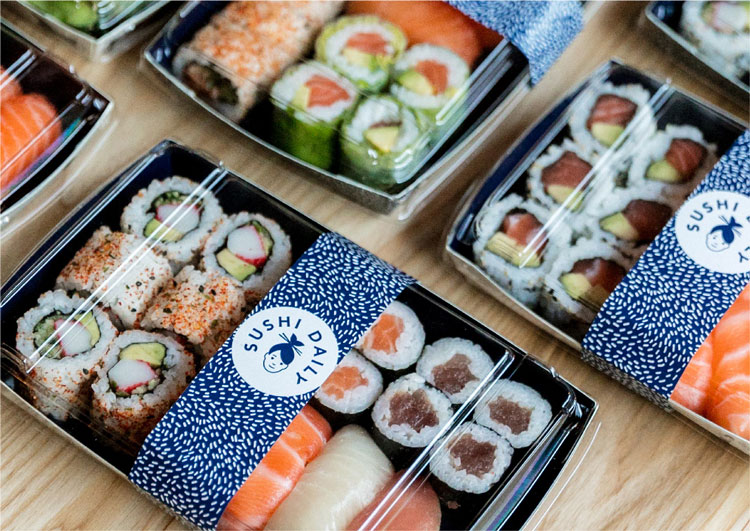 “Research showed that while customer satisfaction was high, brand recall was really low,” says Roly Grant, creative director at Without. “People loved the product but weren’t engaging with who made it or understanding why it was good.”

He adds that while the current identity may work in supermarkets where customers are browsing aisles, it may not work as well on the high street, so the studio was keen to develop a “distinctive” look for the company, “to better express its expertise”.

The studio says it was keen to steer away from “western clichés of Japan.”

The new visual identity is inspired by the “strong women in the Sushi Daily team”, Grant says, and particularly the story of the company’s founder Kelly Choi. 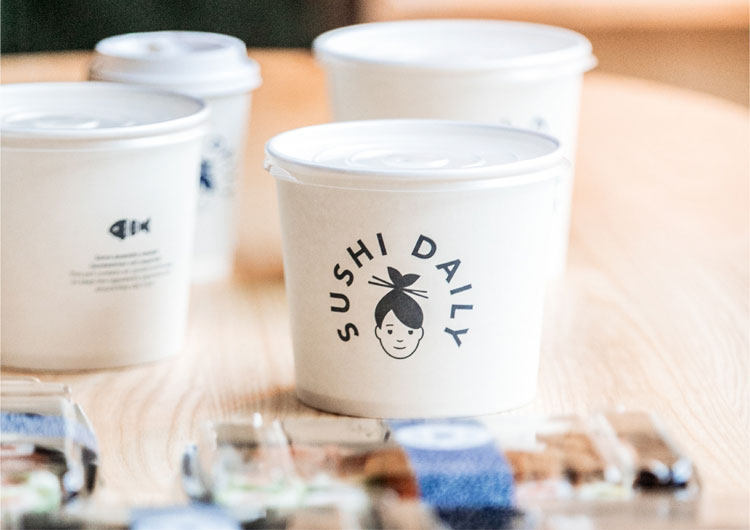 The logo features an illustration of a female character with “fish-tail” hair held up by a pair of chopsticks.

“The character is creative, caring, disciplined and fun,” Grant says. “The illustration style is a modern expression of Japan, accessible to Europeans.”

The words Sushi Daily appear in a circular shape around the character in a sans-serif typeface, in capital letters.

It is accompanied by a suite of images in a similar, illustrative style, with a whole cast of characters including men, women and a cat, all with little hearts for eyes. 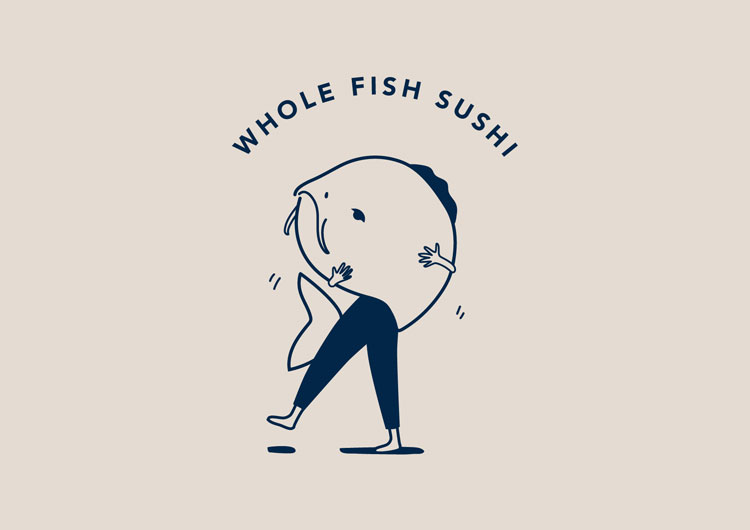 The imagery also features different scenarios, such as one character trying to carry a fish that is bigger than them.

The illustrations are brought to life through animations which appear on the website, including one which tells the story of how Choi learned to make sushi and started the business.

Using moving images and captions, it follows the story of a little girl who “loved fish” and dreamed of making “real, fresh handmade sushi”, according to Without.

As she grows up, the animation shows how she discovered the sushi “master” Yamamoto San and how she used to visit his restaurant regularly, hoping he would teach her how to make sushi.

Grant says: “Despite very few women having access to this world, [Choi’s] persistence won [Yamamoto San] over and they became friends, [leading to her] learning his skills”.

The animation goes on to share the lessons she learned about making sushi, such as using the whole fish rather than pre-sliced portions for freshness and using “interesting” ingredients such as mackerel and roe, which are not typically used in sushi.

Grant adds: “Dressing this level of difference in familiar clothes didn’t make sense. We want Sushi Daily to be seen as creative, artisanal and crafted.”

The colour palette across the new branding features a core indigo blue, as well as salmon-pink and a beige shade – but it does not feature black, as is often used in sushi packaging, according to Grant. 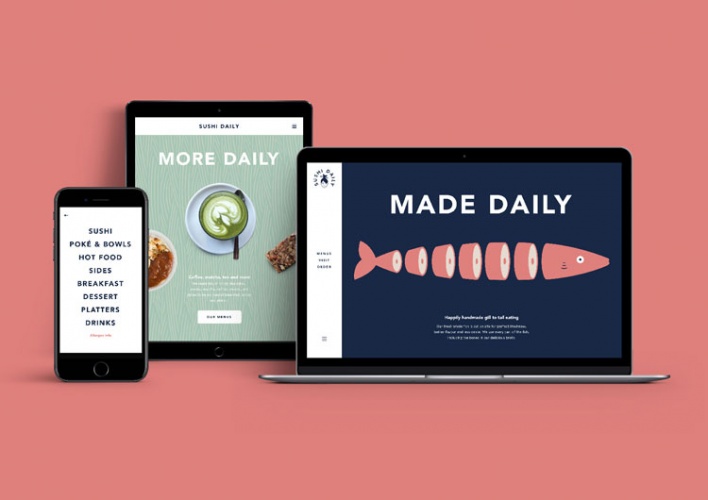 He says: “Black is a great colour for sushi as a contrast to the food, but it’s used by everyone and feels heavy. Japanese indigo is an important colour culturally and works just as well to showcase the food.

The new logo and branding has rolled out across the new store’s signage, packaging and across the new Sushi Daily website for the grab-and-go store, which Grant describes as “somewhere between a fish-market and restaurant”. This website is separate from Sushi Daily’s existing, overarching site.

The studio has not yet confirmed whether the new branding will roll out across the rest of the company’s kiosks based in supermarkets, but Without is continuing to work with Sushi Daily. 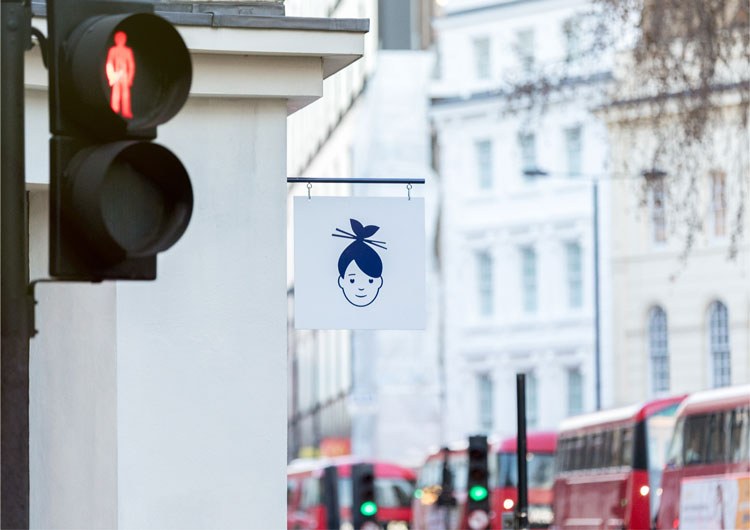 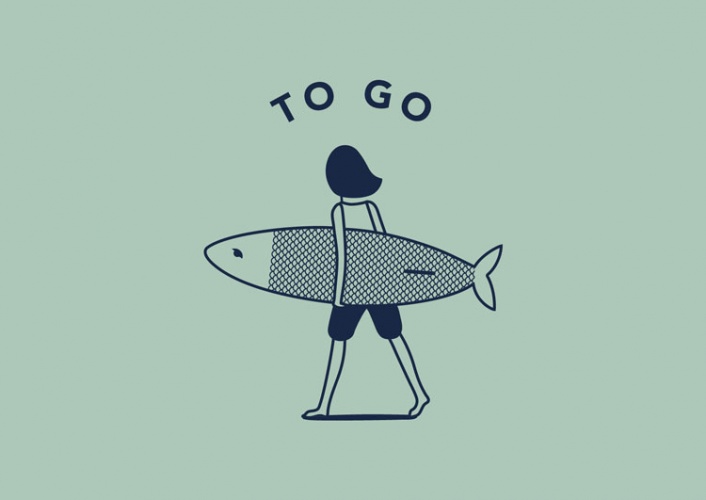