A portable solar distiller which aims to provide anyone in the world with clean drinking water has won this year’s Lexus Design Award.

The project has been designed by Henry Glogau, who explains that the design can be prefabricated or locally sourced and manufactured or a mix of the two.

“The design is adaptable to local surroundings and available resources,” he adds. The prefabricated model consists of a plastic canopy to hold the water, an internal funnel to collect the liquid and a bamboo support structure.

This can be adjusted to use only canopy and funnel, according to Glogau, meaning that the structure could be suspended between buildings for example. “This hybrid version also acts as a shelter for shade with space underneath to stand or sit,” he says. 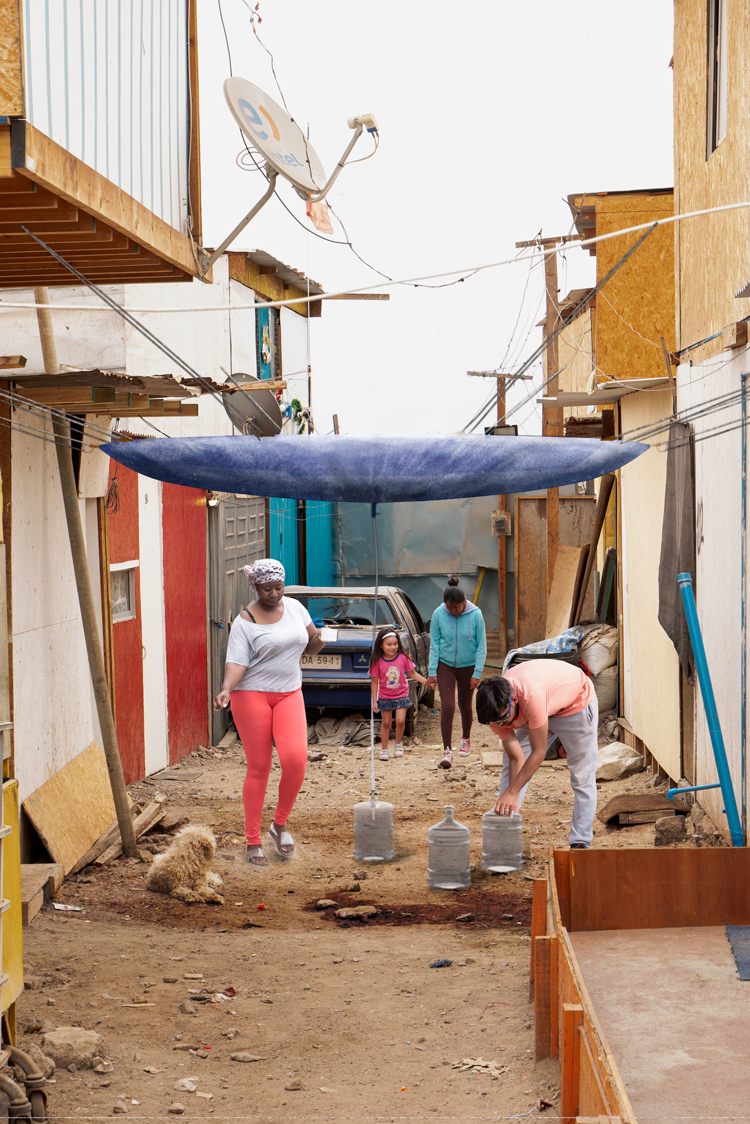 The design is also adaptable in terms of materials used. A locally sourced version might use wooden parts, explains Glogau, or a plastic bottle as the funnel.

“The purpose of my design is to encourage others to hack and adapt the system I have created to best suit their needs and environment,” he adds. According to Glogau, the distiller can purify up to 18 litres of undrinkable or polluted water in a 12 hour period.

How the distiller works

The distillation works through solar desalination, which relies on two processes: evaporation and condensation. This mirrors the hydrological cycle where water is evaporated by the sun, condensed into clouds and precipitated through rain.

In Glogau’s design, the 2.2m diameter canopy is made from two durable plastics which have been sewn together. The upper layer is a transparent UV resistant material which allows solar energy to reach the water while the bottom layer is a heat absorbent plastic which contains the water. 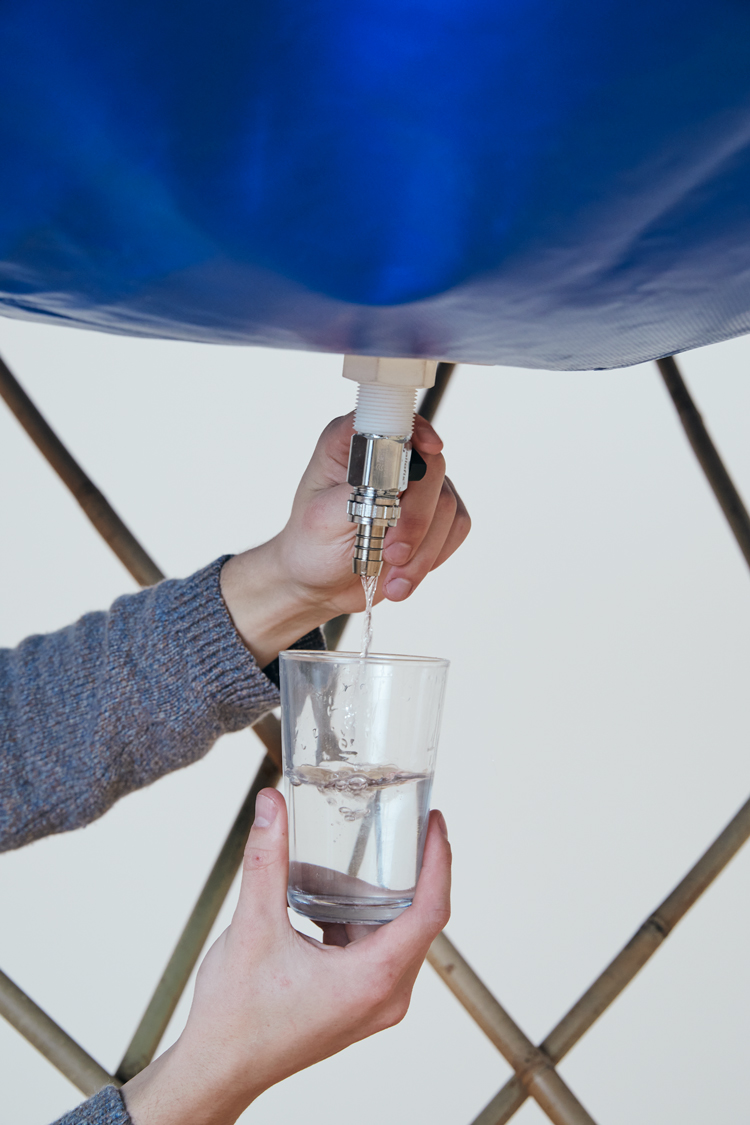 After water is collected, energy from the sunlight separates the contaminants and freshwater through evaporation. This leaves behind impurities such as salt brine, heavy metals and pathogens, the designer explains. The vaporised freshwater is then condensed as droplets on the inner surface.

‘Microgrooves’ which are inspired by the structure of leaves channel these droplets towards the centre where they collect in the funnel. This funnel can be accessed by a tap or directly connected to an empty bottle. 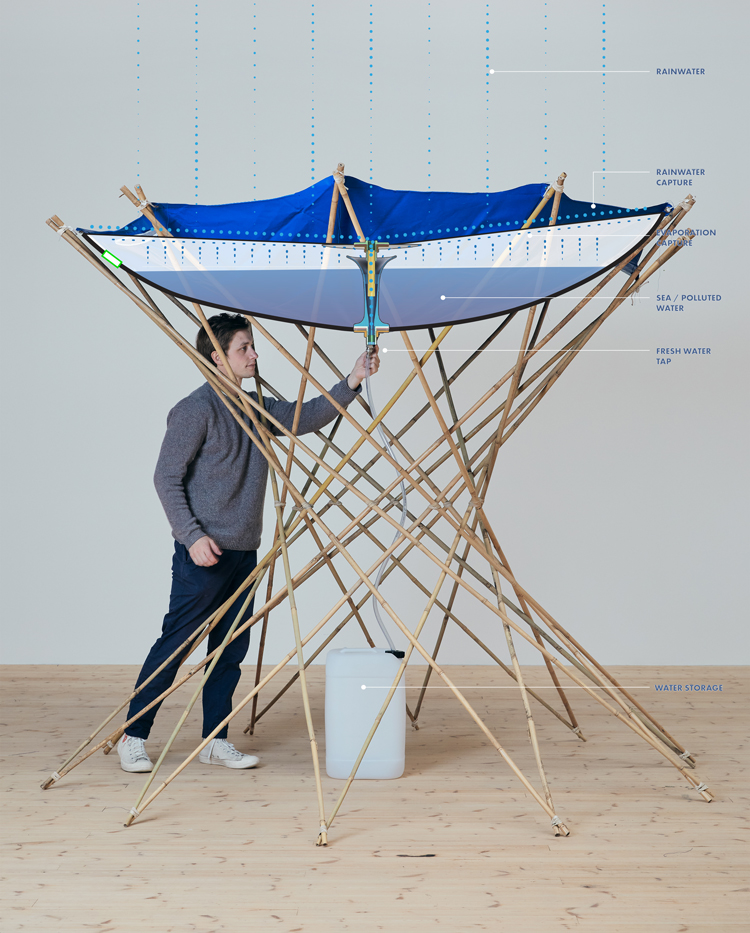 Glogau was inspired by a term abroad in Chile while he was a student at the Royal Danish Academy in Copenhagen, Denmark. Working with social inclusion NGO Techo, Glogau travelled to the community of Mejillones which faces “extreme climates”, the designer says.

“I spent time inside the informal settlement communities,” he adds. “I learnt about some of the significant daily challenges they face, in particular access to freshwater and electricity.”

He says he was particularly interested in finding ways to “produce resources through passive and low-tech designs”. The designer also investigated biomimetic design with the use of local flora and fauna. 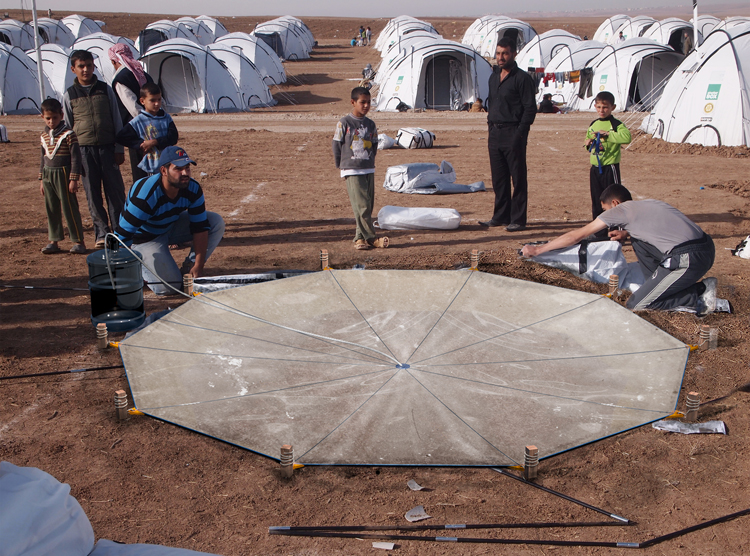 Glogau says that the design process was “challenging” at times. At one point, he “completely reimagined its implementation” and was forced to find new materials and manufacturing techniques.

Under the mentorship provided by Lexus, he says he has produced a “more portable, modular, and simple to construct” design.

Following the project’s win, Glogau says he will continue to refine the design to “optimise the performance and user centricity”.

He adds: “I am passionate about designing for a self-sustaining future and believe that these initial ideas have an even larger potential to be discovered at a great scale.”