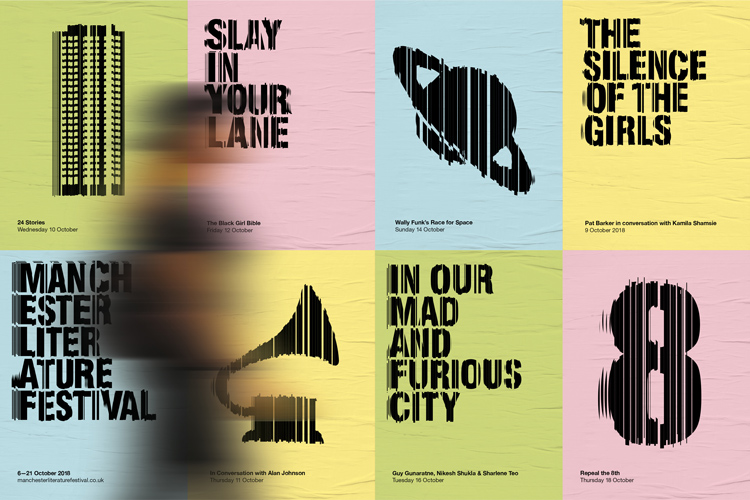 Mark Studio has designed the branding for this year’s Manchester Literature Festival, which has been inspired by the edges of book pages and the distortions they create.

Manchester Literature Festival has been running for 12 years, and started up in 2007 as Manchester Poetry Festival, before being renamed in 2008. It features a range of events centred around literature, from talks about novels and poetry readings to book launches and panel discussions between authors.

Manchester-based design consultancy Mark Studio has worked with the festival every year since 2007, giving it a new identity annually. 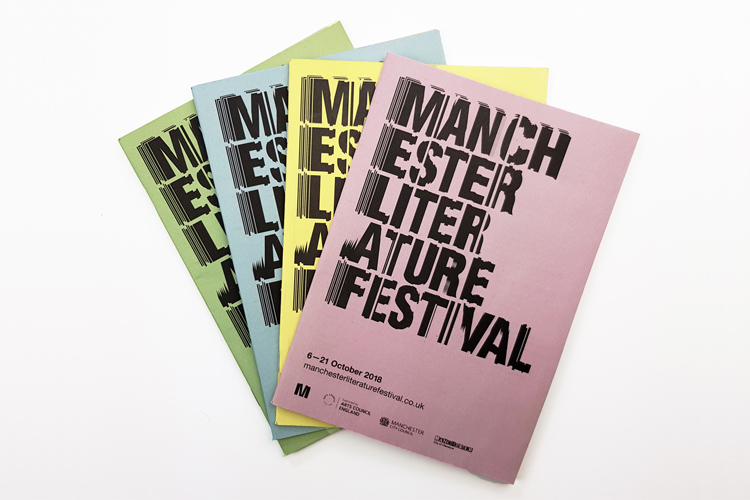 The branding for 2018 features the name of the festival set in a bespoke, bold, all-caps, sans-serif typeface, with a distorted and faded effect created through vertical lines. This has been achieved through letraset, which was rubbed against the edges of books, then the resulting pattern was photographed. This pattern was then used across the brand.

This “vertical blind” pattern has been used across typography, icons and imagery. It is coupled with a colour palette of pink, yellow, green and blue, a series of flat icons to represent different events at the festival, and the bespoke sans-serif typeface. Black is used for all typography and imagery.

“Once you start to flick through the pages of a book, the words and imagery distort,” says Mark Lester, founder at Mark Studio. “We wanted to portray that sense of turning pages. This vertical slicing approach is applied to all iconography and typography, so they all looked like part of the same family.

“We also felt that Manchester is quite a grey city with a lot of concrete, so bright colours would have more of a visual impact.” 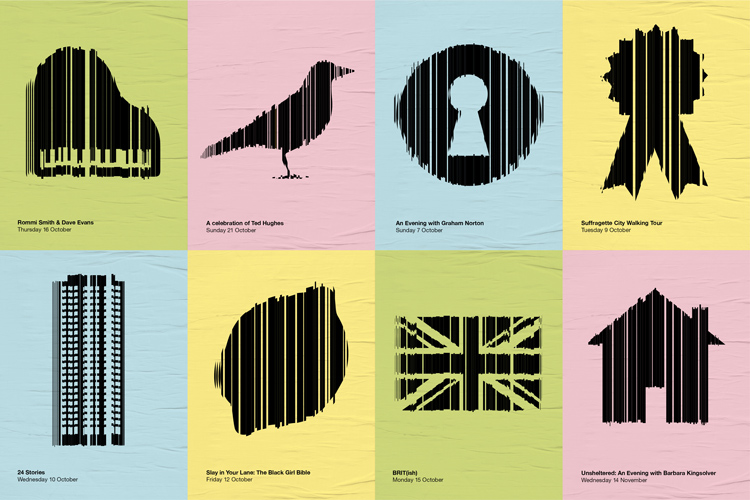 A varied suite of icons was created, he adds, to represent the broad range of events at the festival, from “metaphorical to literal” interpretations.

This includes a tower block icon to represent an event telling 24 stories around the Grenfell Tower fire tragedy which happened in London last year; a figure eight for an event on Ireland’s recent decision to repeal the eighth amendment in its constitution, which legalised abortion; and a suffragette badge to represent a city walking tour on the history of the suffragette movement, which began in Manchester.

“The icons straddle the line between typographic and graphic,” says Lester. “It became obvious fairly quickly that we needed a typographic approach, for the link to literature, but that wouldn’t sustain the whole brand campaign.”

With this year’s colourful look, Mark Studio is hoping the branding will reflect the growing mix of Manchester Literature Festival visitors, attract new audiences, and represent how the festival is increasingly diversifying its content.

According to Lester, the demographic of Manchester Literature Festival is roughly 70% female and sees about 12,000 people attend each year. 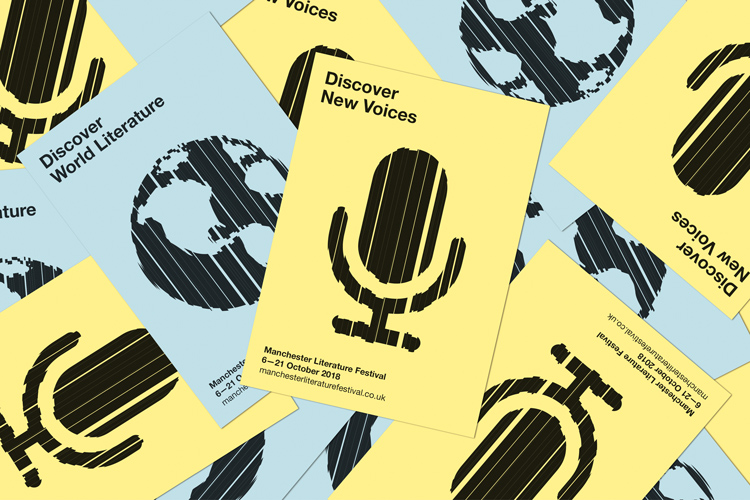 “Historically, literature events have attracted women aged over 50,” says Lester. “But Manchester Literature Festival is constantly reaching out to new people, and trying to attract people who don’t think literature is for them, and has broadened out into family-friendly events too.”

The theme for this year’s festival is Pioneering Women, to tie in the 100-year anniversary since women were first given the right to vote – but Mark Studio decided to make the brand as gender-neutral as possible, to attract a diverse range of people and avoid it becoming “patronising” or “gender-appropriated”, Lester says.

“There are lots of pioneering female writers this year, but we wanted it to be about all interesting writers,” he says. “So we focused on the more generic word ‘pioneering’ and played with that. As tenuous as it may be, ‘pioneering’ became ‘edgy’ and this links to the page edge imagery we created.”

Manchester Literature Festival runs 6-21 October 2018 across Manchester, UK. The new branding is currently rolling out across marketing and campaign materials such as posters and flyers, online platforms like the website, merchandise, and will be used across wayfinding and signage at the festival. 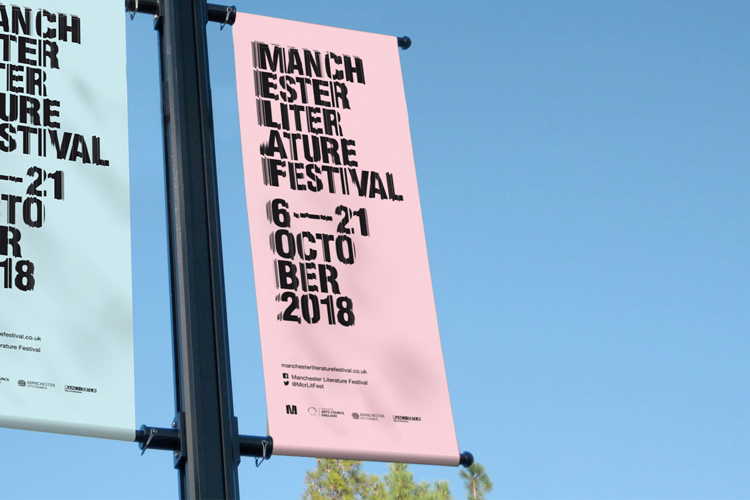