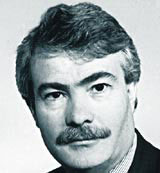 High profile FutureBrand chairman and chief executive John Elkins (pictured) has unexpectedly left the group to take up a position as the head of global brand and marketing at Visa International.

Elkins, who was reportedly headhunted for the role, starts at Visa this week. Reporting directly to Visa chief executive Malcolm Williamson, Elkins will oversee Visa’s worldwide marketing and sponsorship partnerships, as well as the procurement of the business’s external branding, advertising and marketing services work.

Trevail, who forsees few implications for the UK in Elkins’ departure, claims he is not in the running for the role. ‘I’ve said on previous occasions I won’t move to New York,’ he states.

Elkins, who says he left FutureBrand because ‘I felt like it was time for a new challenge’, says the creation of his role at Visa signifies a reappraisal of the marketing function there.

‘This is really about elevating the brand management function [at Visa] to an executive committee level,’ says Elkins. ‘It’s a recognition that brands contribute significantly to banks’ and merchants’ businesses.’

Visa’s aggressive push into sponsorship, with the likes of the Olympic Games, global coffee chain Starbucks and Walt Disney, will now be implemented and managed by Elkins.

Diefenbach Elkins, as it was then, became FutureBrand in 1996 when it was sold outright to the US-based Interpublic Group.