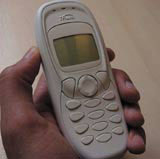 I would like to add my comments in response to Andy Davey’s feature on rapid prototyping technologies (DW 27 February) and the subsequent replies.

As a modelmaker who has a measure of respect for Davey, I was somewhat disappointed, rather than offended, at his comments referring to modelmakers. I felt that at best the remarks were ill advised, and at very worst, insensitive.

Having worked with industrial designers for 20 years, I had some sympathy with Daniel Carey’s response to the article, though it was a little emotional. It is not hard to understand that modelmakers are feeling the pressure from RP.

My experience is that the model-maker’s ability to identify problems and offer constructive solutions has always been an integral part of the job, particularly at concept development stage.

Modelmakers, by the very nature of their skill set, have an in-depth appreciation of form, materials and manufacturing processes. It is also my experience that the best designers understand this and value the input of the model maker.

Technology has indeed revolutionised design. I, among others, have been part of the transition from ‘old school’ modelmaking as Davey describes it, to RP technology, and I am an enthusiastic advocate of any aid that contributes to enhance the design process. I am also experienced enough to know that there is, as always, a balance to be struck.

RP has been marketed aggressively to designers as a replacement for traditional modelmaking, and why not? There is clear commercial interest in doing so. The technical reasons for its blanket use only partially stack up.

The more informed members of the design community are beginning to realise that RP has some very real limitations, and, dare I say, questionable levels of accuracy being among them. (I have seen more examples than I care to mention.)

Eventually, RP will be seen as what it is, one more valuable tool in the toolbox and nothing more.

Let us not forget that traditional modelmakers are among the most highly skilled, innovative and enthusiastic creators anywhere in industry.

They are required to face completely new challenges every day and make them work whatever the circumstances. It is important to the future of design that these resources are not lost.