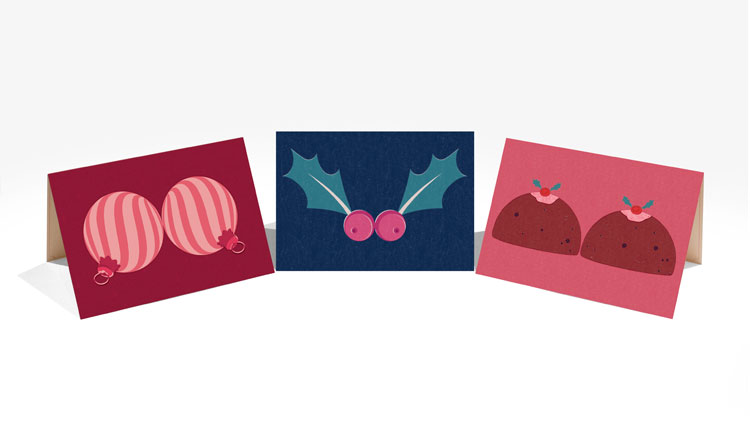 Colourful, illustrated pairs of baubles, berries and Christmas puddings take centre stage for this set of cards created by designer John Randall. The boob-themed design pays tribute to the work of Wigs for Heroes, a breast cancer charity that supports women being treated at North Middlesex Hospital in London. All of the proceeds from the cards will go towards helping the charity provide wigs, scarves and hats for women undergoing chemotherapy. To buy the set of 12 cards for £8, head here. 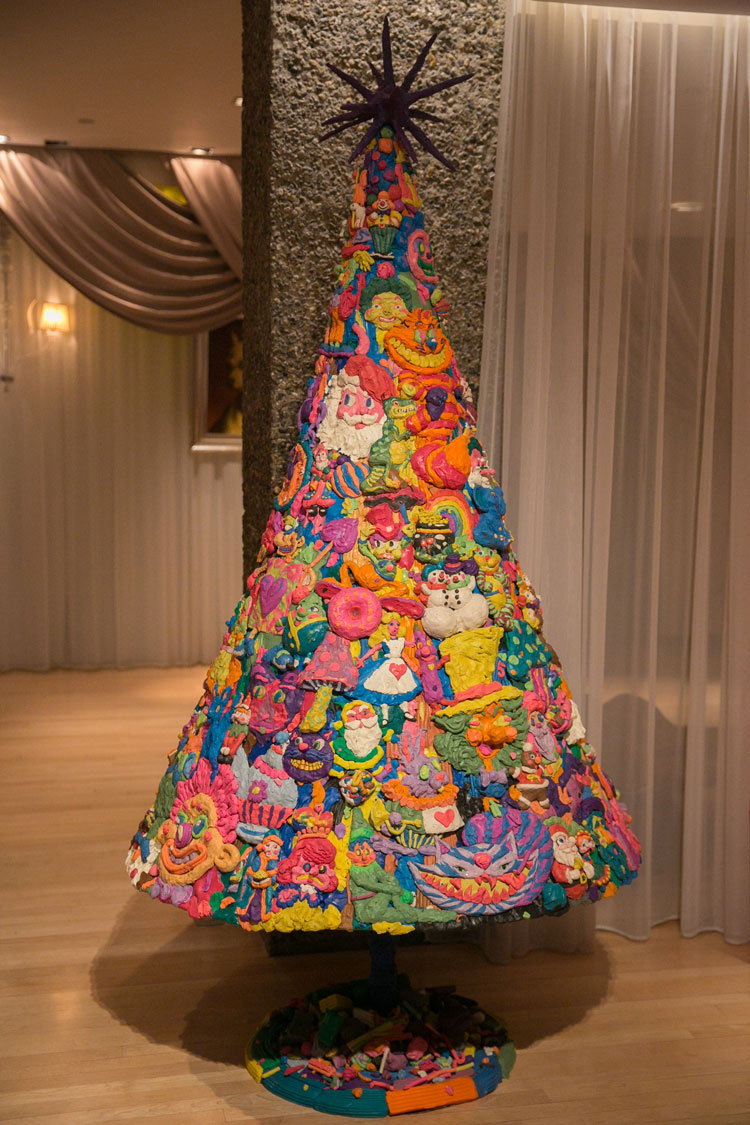 Set designer Gary Card’s plasticine creation for Sanderson hotel in Central London is not your average designer Christmas tree. Weighing in at 900kg, the tree is comprised of 400 bars of different coloured plasticine sat on top of a hefty steel structure. Card and two other artists have hand-crafted the plasticine bars to form characters from Alice and Wonderland, along with some more traditional Christmassy figures such as snowmen and gingerbread men.

Ungifted, by Do the Green Thing 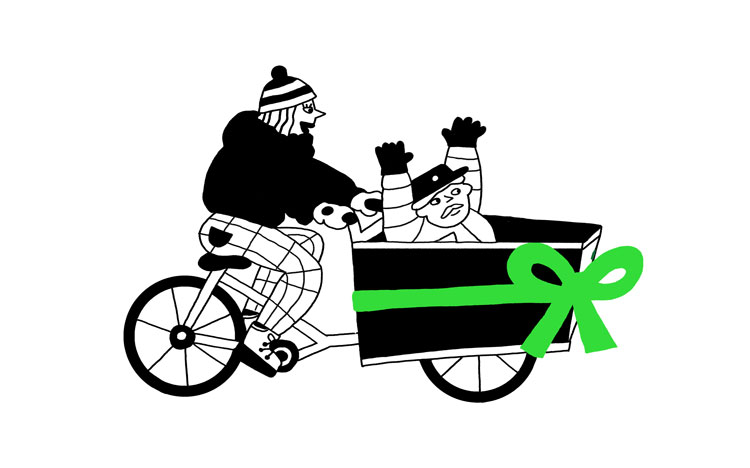 Consultancy Pentagram is hoping for a green Christmas this year, with its environmentally friendly gifting service Ungifted. The service is part of the consultancy’s environmental initiative Do the Green Thing. The web-based app has been launched in light of the fact that the UK population receives almost £3bn worth of unwanted Christmas gifts every year, according to Pentagram. The app allows the gift-giver to send a cute, illustrated e-card to a person of their choice, along with an accompanying suggested activity such as a fort-making expedition or an evening of making your own music video. 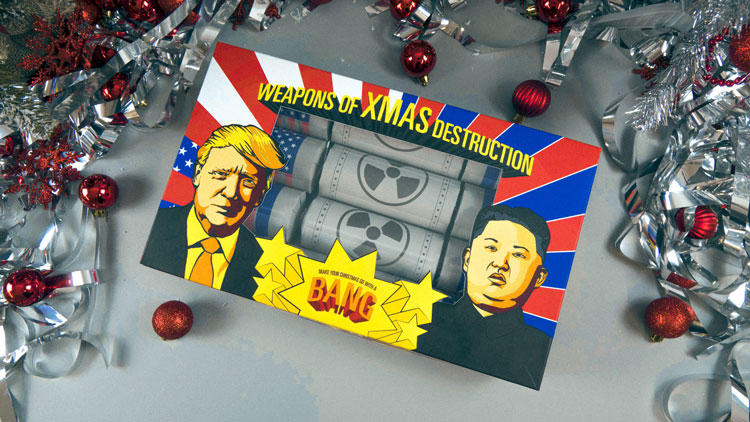 Following on from 2016’s topical Brexit-themed crackers by ad agency Mcgarrybowen, this year London-based Zak Agency has decided to look at the threat of impending nuclear war between the US and North Korea. Each cracker comes complete with a paper crown, a button badge that allows you to declare allegiance to either Donald Trump or Kim Jong-un, and one piece of high-grade Plutonium 239 (otherwise known as a mini glow stick). You can buy the crackers for £21.95 from here. 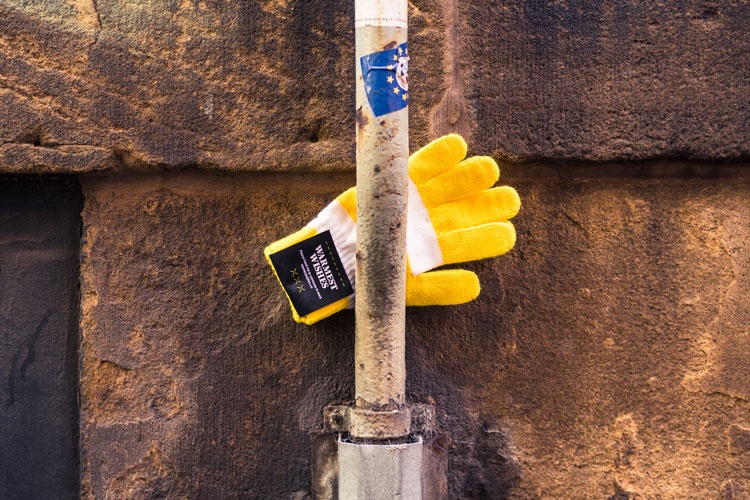 Manchester-based brand consultancy True North has teamed up with local homeless charity Barnabus for a new initiative this festive season. Locals are being asked to keep an eye out for the 100 pairs of bespoke, yellow and white gloves (Barnabus’ brand colours) scattered all over the city’s Northern Quarter, so that they can give them to the people most in need during the Christmas period. Find out more information about the initiative here. 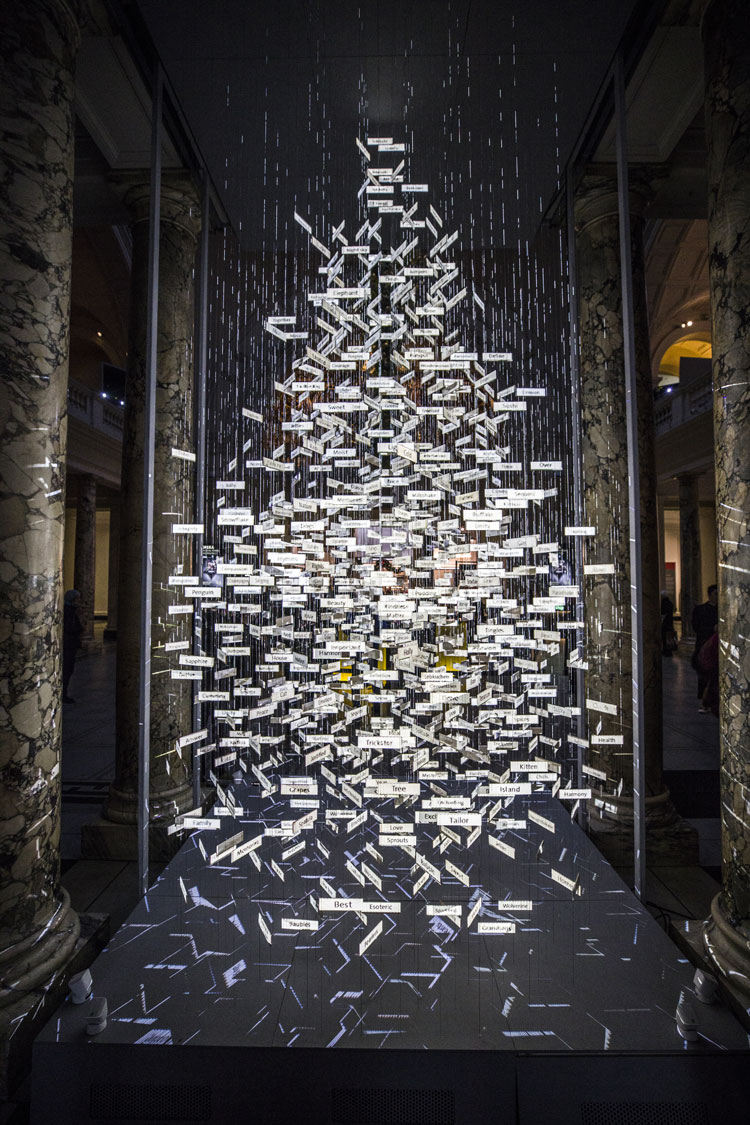 Set designer Es Devlin is usually known for her dramatic installations created for the likes of Beyoncé and The Weeknd. Taking inspiration from the Victoria and Albert (V&A) Museum’s current major exhibition Opera: Passion, Power and Politics, Devlin’s festive creation that sits in the grand entrance of the museum is arguably equally as dramatic. The tree takes the form of festive word projections that have been contributed by visitors to the museum and online, and has been designed by Devlin in collaboration with video designer Luke Halls, creative technologist Ross Goodwin, ad agency Sunshine and music and sound collective Res.Lab.