It is heartening to see that almost 90% of those surveyed in the recent What Clients Think 2018 report believe design is important to their business success, even if the majority are reluctant to include a creative voice in boardroom conversations. Though worryingly, just 7% value our input in strategic decision-making today.

I think it’s important to consider precisely what a creative presence could bring to a boardroom. Let’s imagine a world where creatives are directors of the board.

The easiest place to do this is within design businesses themselves. We should first review our own boards to ensure that we are promoting people with creative backgrounds to director level.

“A group of directors should have diverse views”

Why does this matter? The board is a key decision-making body that is responsible for the long-term success of a company. A forum with these goals demands a group of directors with diverse views, as opportunities and challenges can often be ambiguous and hard to predict.

A designer-turned-director may become less involved in day-to-day studio life, yet their creativity remains one of the most prized attributes in the boardroom alongside leadership, because it inspires innovation and propels the company forward.

Once you have decided to include creatives in the boardroom, it’s important to help them prepare for the role and succeed. We can learn from companies who have a track record of developing their boards over the long term. They often have programmes dedicated to developing talent and exposing them to the reality of taking on a director role. They may also offer mentoring and specialist training on governance.

Creatives-turned-directors will need to accept that being a designer is no longer their priority – the company’s success is. This doesn’t mean becoming less creative, it means using creativity for a different purpose.

As a creative, you are likely to be in the minority within a boardroom – not just in terms of experience but also education. Most board directors come from finance, law, engineering or administration. Of course, there is variety and it wouldn’t be uncommon to have directors with sales, marketing and human resources backgrounds too. However, an art school graduate who has spent their entire career in design will be in the minority.

Boards in general are under pressure to reflect society better and are looking for ways to avoid becoming pale, male and stale. The exuberance and non-conformism brought by a design professional can help rebalance this quickly. This can help the board add credibility to the business both externally and internally.

Beyond this, whole studios can add value by proving that creativity is no longer the sole preserve of designers, and it is already playing a key role in a growing number of professions.

Rather than taking issue with the findings in the What Clients Think report, the industry should see it as an opportunity to challenge long-held perceptions about our skills.

As an industry, we can certainly do a lot better at communicating how our work adds value to businesses (and society more generally) in terms that people understand. Beyond its power to differentiate and “premiumise” products, creativity helps define a company’s vision and articulate its purpose.

Additionally, it’s sometimes easy to underestimate the value of the creative process and what it means to coordinate a multi-disciplinary team. Consultancies are known for being dynamic and agile – characteristics that will benefit any business working in the rapidly shifting political, economic and technological landscape.

Change starts in design studios themselves

The fact that design studios tend to be relatively small means we also have a chance to create “ideal” boards that strive for the highest standards in diversity and equality. We need to take a no-holds-barred look at how we run our own businesses, which may highlight some uncomfortable truths. Design firms are responsible for making amazing things, and often have diverse and young teams with a modern outlook, yet their ownership structures and governance can be stuck in the last century.

Starting with our own businesses, we need to instill the mantra that designers belong in the boardroom, and nurture them to develop the right skills that allow their voices to be heard. Designers aren’t trained to speak the same language as CEOs or accountants. This is a challenge, but it is also a difference that is very valuable. Bringing designers into the boardroom is an opportunity for companies to embrace the transformative power of creativity and reap the benefits – for themselves, and society as a whole. 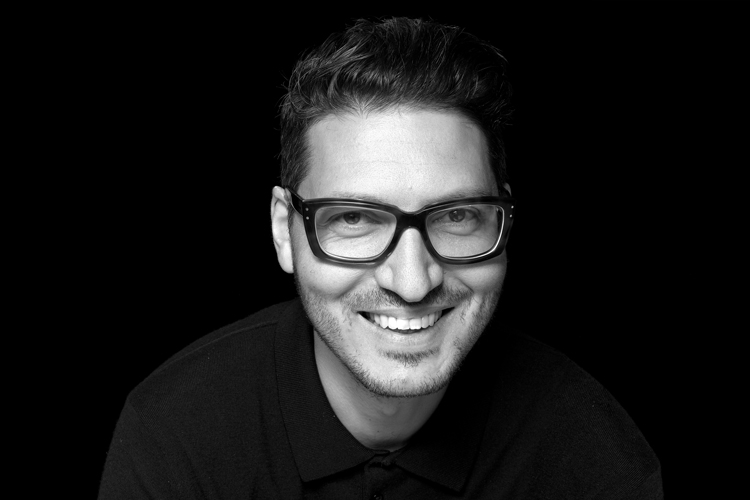 Mat Heinl has been CEO at design consultancy Moving Brands for five years. Previously, he worked at Jean Abreu Dance, and was a chief creative officer at Moving Brands. A designer by trade, he studied graphic design at the University of the Arts London (UAL).

Restaurant Issho fuses Japanese culture and Britishness in its branding