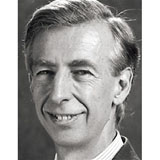 Digital consultancies are commanding impressive sale prices in excess of ten times their annual profits, often more than double that of traditional marketing services groups, thanks to a renewed surge in the digital media sector.

Clients’ desire for on-line expertise, as part of the broader marketing mix, is driving the value of digital consultancies well above their ‘off-line’ counterparts, with one sale agreed on a multiple of 20 times the consultancy’s earnings, according to the Marketing Services Financial Intelligence report published last week by Fintellect.

The survey is based on merger and acquisition activity over the past 18 months, during which time the digital sector has started to show a significant rise in valuations, according to Fintellect editor Bob Willott (pictured).

‘The values started to pick up seriously about 18 months to two years ago, partly because of clients’ needs and partly because the sector is quite fashionable again,’ he says. ‘All deal prices have been slightly on the generous side, with digital being particularly generous.’

Consolidation in the industry is illustrated by the sale, in May 2005, of digital design consultancy Oyster Partners to Swedish group Framfab for £12m – almost ten times its pre-tax profits – and the subsequent acquisition in March by Framfab of LB Icon and its subsidiary Wheel, sold for 11.5 times its profits. Framfab claims the LB Icon deal will create Europe’s leading digital marketing services agency, with turnover of more the £40m a year.

By comparison with these valuations, some of the ‘best’ traditional marketing services businesses have been sold on a multiple of just seven to eight times pre-tax profit, says the study.

However, Willott also notes that there is a paucity of M&A activity among ‘traditional’ design consultancies, saying that their growth potential may be becoming constrained by the increased allocation of client budgets to new media. ‘You could ask whether conventional design is being squeezed by this,’ he says.

Although massive over-valuation of digital groups contributed to the financial fall-out of the dotcom collapse, Willott believes the resurgence of interest in the sector is built on more stable foundations. ‘There is certainly more confidence in digital and this is justifiable to a certain extent. It is seen as a fast-growth sector and the younger companies can certainly grow faster and provide a good return on investment, but the fact that it is digital is not enough on its own – you still require good management,’ says Willott.

There is a high level of liquidity in the market at the moment, with private investors and venture capital groups keen to invest in digital consultancies. A recent Dragon’s Den-style equity investment competition, organised by the Centre for Creative Business and London Business Angels, also found a strong investor appetite for digital groups (DW 4 May).

However, Willott only expects the current level of enthusiasm to last for a year or two: ‘I would say this is a short-term boom, based on two reasons for investment: client requirements and investor returns.’ Marketing services groups will build their digital resources ‘one way or another’ and investors will realise their returns, causing the demand to settle, he says.