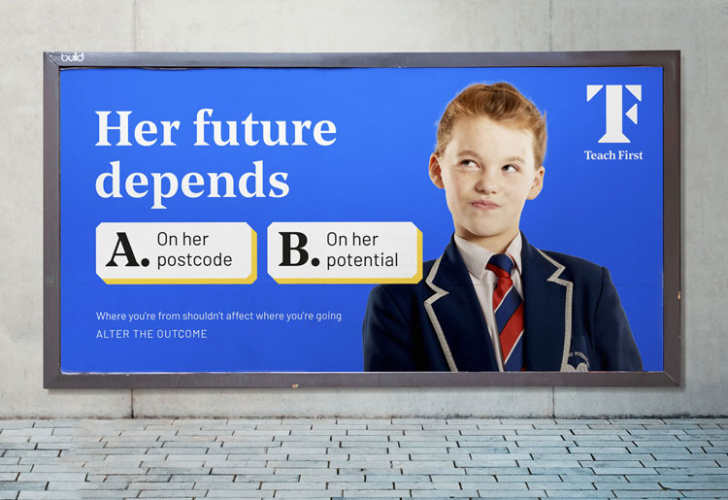 Teach First has been rebranded by London-based design studio Johnson Banks in an attempt to reposition the educational charity and “put it back on the map”.

Teach First takes graduates and trains them in teaching at schools facing tough challenges. It works with thousands of schools and is one of the country’s biggest graduate recruiters, so it needed an “adaptable” identity to communicate with these different audiences.

Michael Johnson, founder of Johnson Banks, says that Teach First “hadn’t really looked hard at their brand for a decade and it had started to fall apart”.

One problem was a lack of uniformity; sub-brands had developed without a coherent identity which led to confusion about the charity’s purpose.

Another issue was a lack of “emotional” engagement with its communications.

“They really wanted to get their educational inequality message to land harder,” Johnson says, “and their old ‘corporate’ style just couldn’t deliver it with any emotional impact”.

A simple monogram concept was decided for the new logo. Johnson Banks picked a stencilled typeface, in the hope that both letters are legible while remaining “balanced”.

The new colour scheme is an evolution of the brand’s previous pairing of dark blue and cyan.

The blue was “updated” to be more “screen friendly” and after “auditioning various secondary colours”, a yellow was chosen. 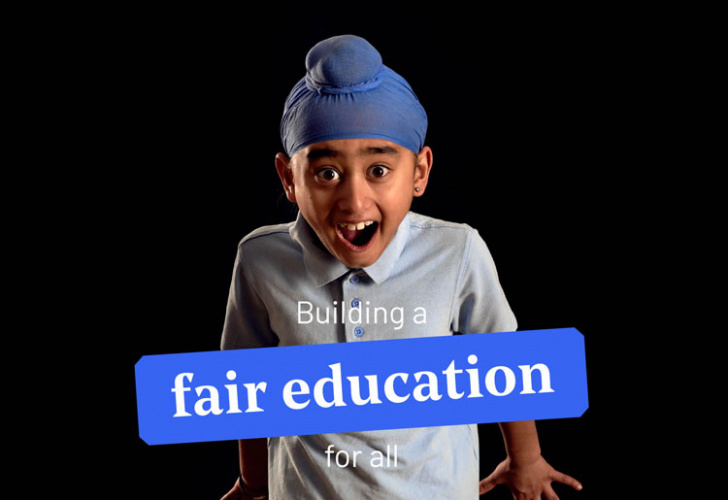 Another focus was to create a “snappier” tone of voice for the brand.

“The teaching profession seems to be expert at using 30 words when ten would do,” Johnson says.

He says: “We’ve spent a lot of time working on their messaging and approach to copy, encouraging them to use fewer words in order to get greater impact.”

New taglines include: “potential unlocked” on a poster, “demand the best” on an internal report and “fill in the blanks” on a notebook.

Other merchandise includes mugs, flasks and patches to sew on clothes. 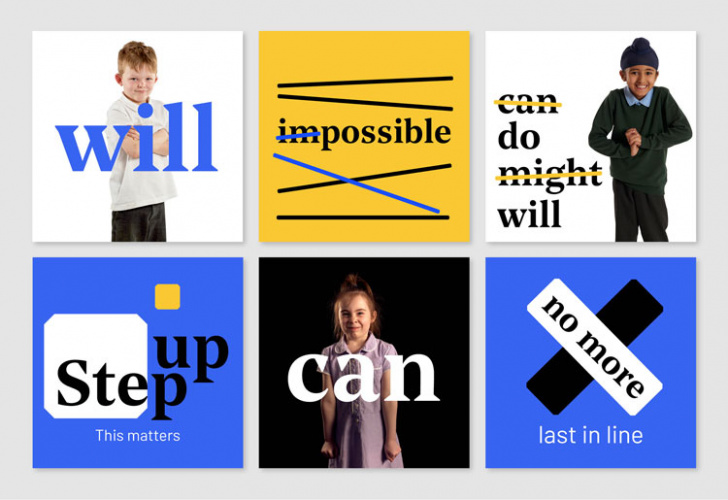 While rolling out the new campaign, Teach First had a wide-ranging audience to think about, from teachers to recruiters, and graduates to those thinking about changing careers.

This multi-faceted target audience was an “ongoing challenge”, Johnson says, especially as it is the first time Teach First has run a “multi-audience campaign”.

“Designing dozens of online advertisements across dozens of audiences has been a head-scratcher,” Johnson says.

They decided on an “A/B” advertising campaign, in an attempt to move away from the “neutrality” and “blandness” that had “characterised their previous communications”. 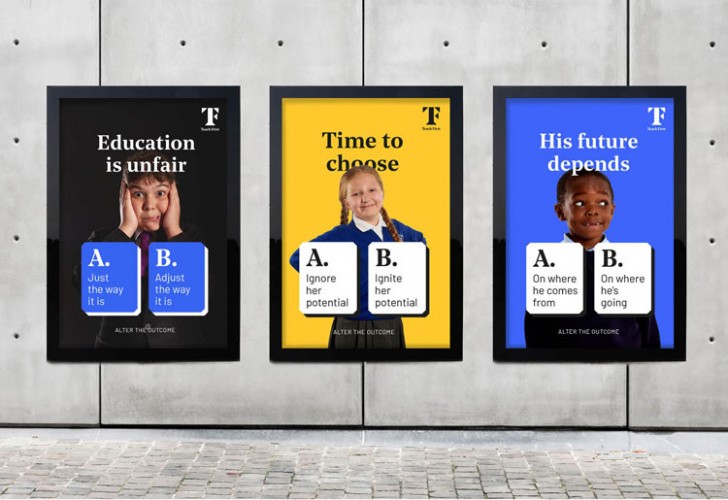 Johnson hopes that it can be adapted for “multiple audiences” from traditional billboards to social media platforms.

The campaign and merchandise will be rolled out in the autumn.

From Bauhaus to Benidorm: exploring the new BBC design season