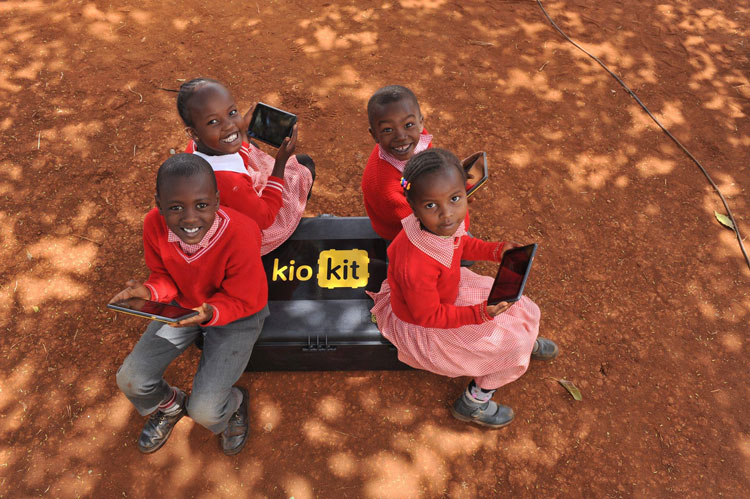 Inadequate education is a prevalent problem across the African continent. While safety and environmental conditions are key reasons for this, a lack of resources and teacher training is also a massive issue.

According to charity Build Africa, very few teaching staff in African countries receive support or training beyond their basic qualification. Teaching resources are also very limited, with a lack of age-appropriate books, games and other materials for students, leading to high dropout rates and a lack of motivation among teachers.

Contributing to this significantly is Africa’s lack of access to the internet; a survey conducted in 2016 found that only 25% of people living in Africa could get online, which inevitably means that schools’ limited learning resources are not current or up to scratch.

A Kenya-based start-up called Brck hopes to change this. Brck has many functions, with the overall goal of getting people in Africa connected. 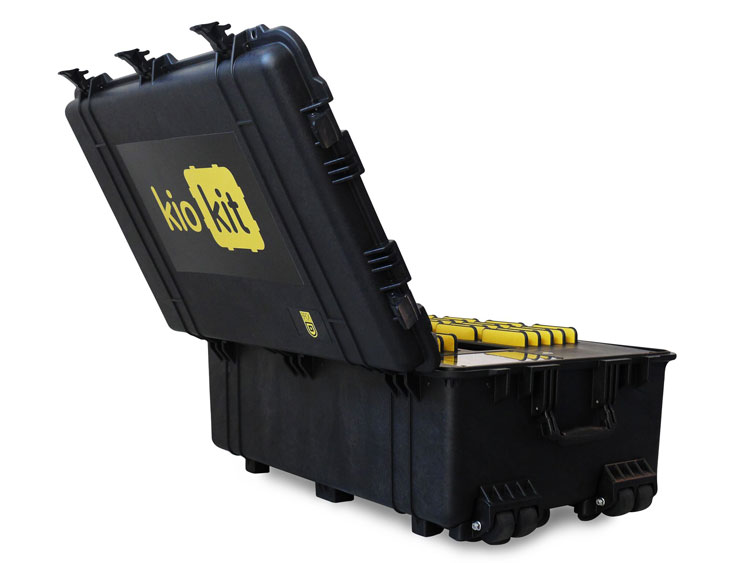 The company provides free wifi to countries across the continent using its own bespoke software called Moja. It also offers physical products, including mini, super-strong servers called SuperBrcks, which generate wifi remotely without the need for a public network, and the KioKit, a hand-held computer that provides teachers and students with interactive, fun and informative learning materials.

Speaking at this year’s Design Indaba in Cape Town, South Africa, Brck’s head of user experience (UX) design Mark Kamau talked about the impact the start-up has been making on rural communities in Kenya and beyond since it launched in 2016.

Speaking to Design Week after his talk, he says that lack of internet access is not a massive issue in capital cities such as Nairobi, but more in the outskirts and rural areas. 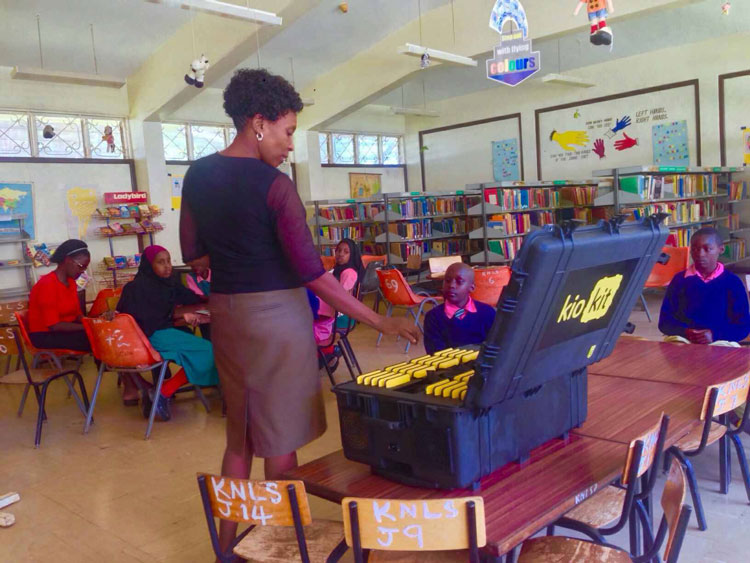 “Brck is trying to level the education playing field,” he says. “In Kenya and other African countries, there is disproportionate access to technology, qualified teachers and learning materials – yet the examination system does not differentiate between someone who lives in a capital city or a more rural place with completely limited resources. They are treated the same.”

The aim of his company, he adds, is to give those living in less privileged communities the autonomy and right to access important information.

“Many students in these communities cannot go to university because they can’t afford it,” he says. “Access to the internet means they can start learning about things themselves, connecting with other people, and trading. The social and economic futures of Africans cannot rely on the traditional route of education, so access to the internet would enable them to learn themselves.” 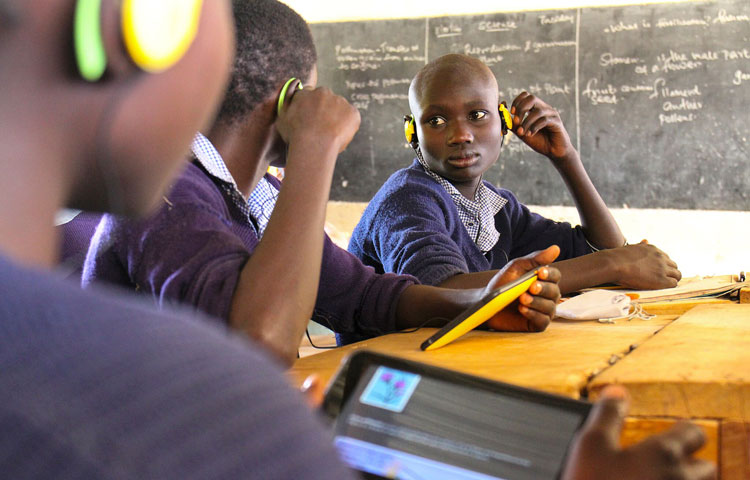 The KioKit for school students is aimed at moving school kids away from archaic, outdated books and towards interactive, up-to-date learning materials such as videos and games.

It has been built for “African conditions”, says Kamau, including water-resistance, sturdiness to prevent it from breaking when dropped and a mark and dust resistant exterior.

In terms of content available on the KioKits, all of it is available through wifi rather than stored on the tablet – so there is no need for regular software updates, which both saves time and is cost-effective, Kamau tells Design Week. Each kit contains the SuperBrck server, meaning it generates its own wifi network. 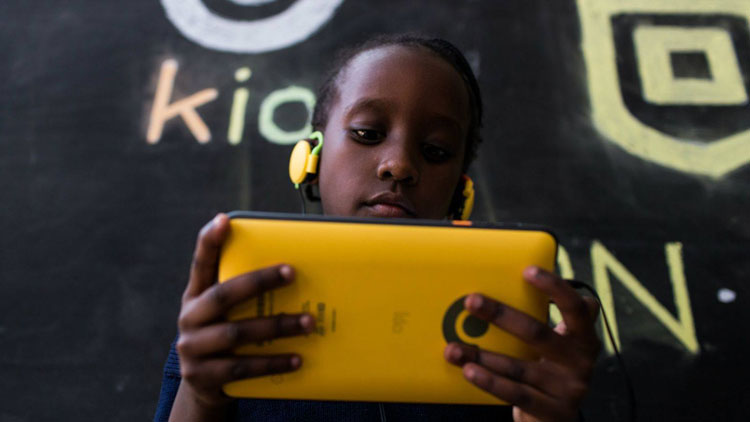 Building the wifi in internally is very important for African, rural areas, which do not have the large, public wifi networks that big cities have. Additionally, even big cities in countries such as Kenya can have outdated and cumbersome, wired internet networks that are not very efficient.

“Why do we try to create technology designed for London and California, when we live in Nairobi and New Delhi?” says Kamau. “The design has to be in context.”

An additional benefit of doing everything over wifi is that there is no need to download new content onto each individual machine. If one student downloads a pdf file of a book on a KioKit, it can be shared with 40 other students and their machines instantly. 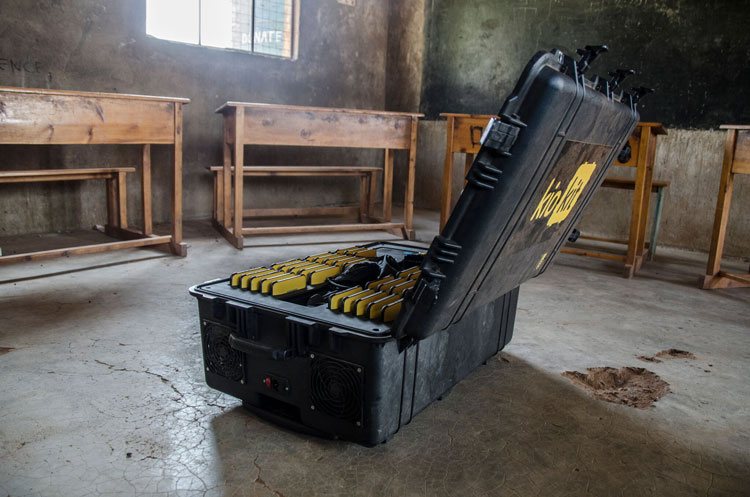 This also works cross-country, so any education providers using the KioKits in other countries such as South Africa could update information and then transfer it to the machines of students in a village in Kenya.

“Sending tablets to schools in remote areas then constantly needing to send them back to cities to update them with new software is a big problem,” Kamau says. “Our way means that the cost of learning materials is reduced.” 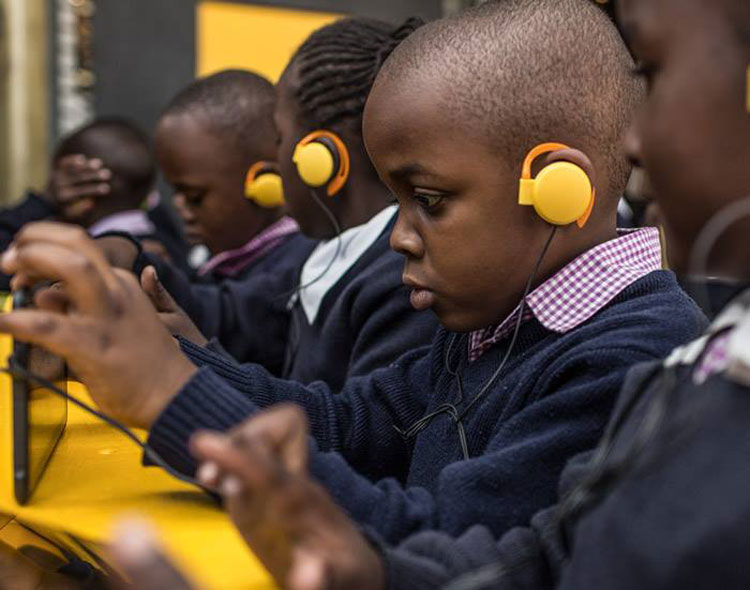 In terms of charging, up to 40 KioKits can slot into an induction charging hub that can either be plugged into a single electrical socket or a solar-powered panel, and left to charge overnight for seven hours. This means there is no need for a tangle of 40 different wires, and the KioKits are ready for the students the next morning.

Since its launch in 2016, the computer has been distributed to schools in areas such as rural Kenya and Tanzania, and has also reached other continents in countries such as Mexico and the Solomon Islands. According to Kamau, the kits have been warmly received, with teachers and students saying that it has opened them up to new methods of learning. 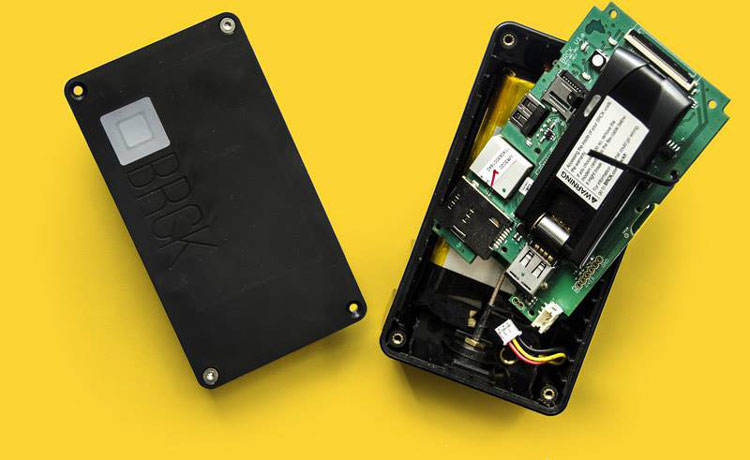 But while he says that the project has received positive feedback, it is by no means finished – Kamau and his team are in constant conversation with teachers and students using the kits, and developing it all the time.

So far, this has included changing the physical appearance of the device to make it more appealing and easier to use for children, such as the computer’s size and the colour of the headphones, but also improving the way it works to help teachers out.

“We are constantly learning from feedback and observing classes,” he says. “We decided to install a ‘broadcast’ button that helps teachers when students got distracted.” 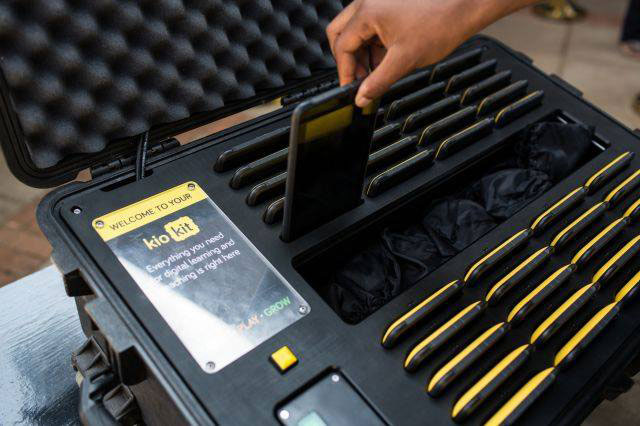 Pressing this button means that a teacher can control the pages that students are looking at, diverting all their screens to the correct page. Videos can also be stopped by the teacher if they want to explain something to the students, with a little message popping up on the screen asking students to ‘look up, the teacher is explaining’. Students cannot remove this message or click it away.

“This means the teacher doesn’t have to play a game of cat and mouse with the students,” Kamau says. “We’ll continue to do this because there is always room for improvement.”

Ultimately, he says that the project must continue to grow and develop based on the needs of those living in Africa, with the hope that what started as a small start-up could help completely change lives. 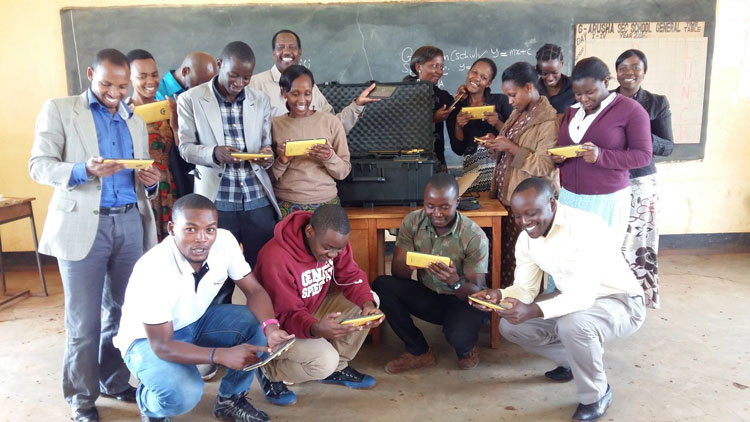 All images courtesy of Brck.

Design Indaba takes place 21-23 February 2018 at the Artscape in Cape Town, South Africa. For more information on the festival and this year’s speakers, head here, and look out for Design Week’s coverage on the event over the next two weeks.

Ben Tallon: “How wrestling shaped my career as an illustrator”

The up-and-coming illustrators to watch this year

The online game acting as a “vaccine” against fake news