Nationwide has rolled out a new, open-plan store concept that does away with closed, glass booths and instead aims to create a sense of “openness” in the space and “humanise” the brand.

Nationwide was founded over 130 years ago in 1884 as a building society, which is a financial institution that focuses on saving.

Customers have savings accounts, and it also enables them to get a mortgage and buy a home. However, it also has regular banking services, and customers can bank online and open a current account. 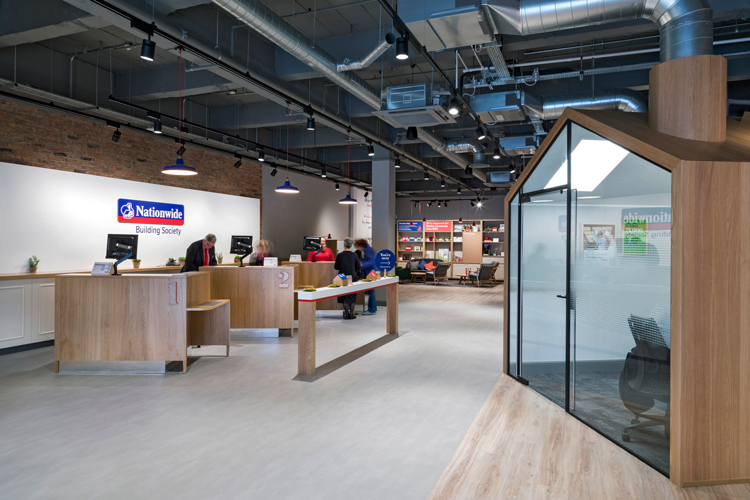 A new open-plan store concept has been designed by Dalziel & Pow, which looks to “break away from the impersonal, austere feel of mainstream banks”, says the design studio.

The new space includes open desks where people can queue and approach an advisor if they want to, or alternatively more private consultation rooms, which are shaped as houses to match Nationwide’s logo. 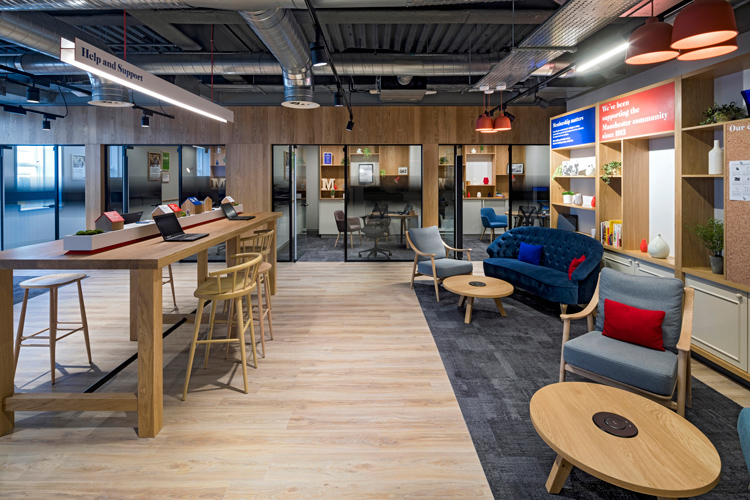 There are also “help and support” desks, where customers can seek advice from advisors walking around, in a similar style to an Apple or Dyson Demo store, and a more casual, relaxation space with armchairs, tables and phone charging points. These spaces will also be used for community activities such as talks and events, and Nationwide members – customers – can also hire them out.

The different areas centre around four new concepts for the store, which are “convenience, conversation, consultation and community”, says Dalziel & Pow.

The design of the space aims to be “homely and eclectic”, adds the design consultancy, with home furniture, carpet, plants and textured surfaces used alongside wood, exposed brickwork and metal piping, which aim to reference the idea of homes and property. 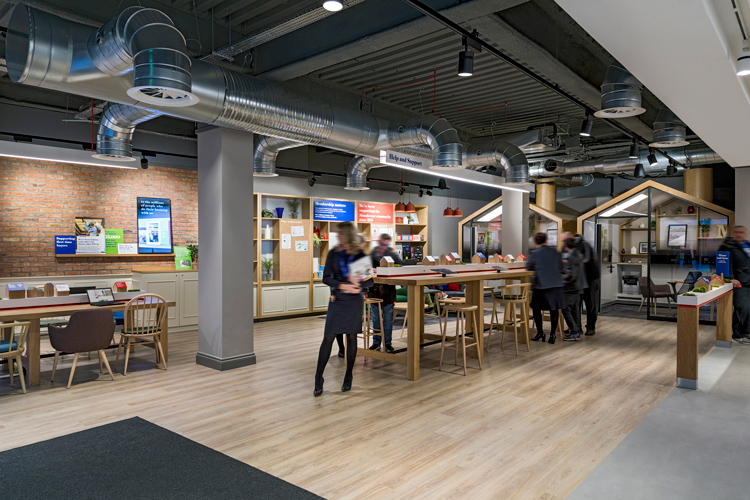 Other “homely” touches include coat hooks up near the cash machines, the use of radio to make the space “livelier” and seating embedded into queuing barriers.

The stores also have wifi, iPads for online banking and Nationwide Now, a technology launched by the building society in 2015 that lets customers chat with mortgage, banking and financial consultants over real-time video.

The new concept aims to “bring staff to the forefront, removing the physical barriers of closed counters and providing more open spaces”, while giving customers the “choice” of how they want to be served, says Dalziel & Pow.

Michelle Bower, associate director of creative strategy at the design studio, says that reinvigorating the physical store space is important for banking brands.

“High-street presence is still valued by all members – even the most tech-savvy value the reassurance of a local branch,” she says. 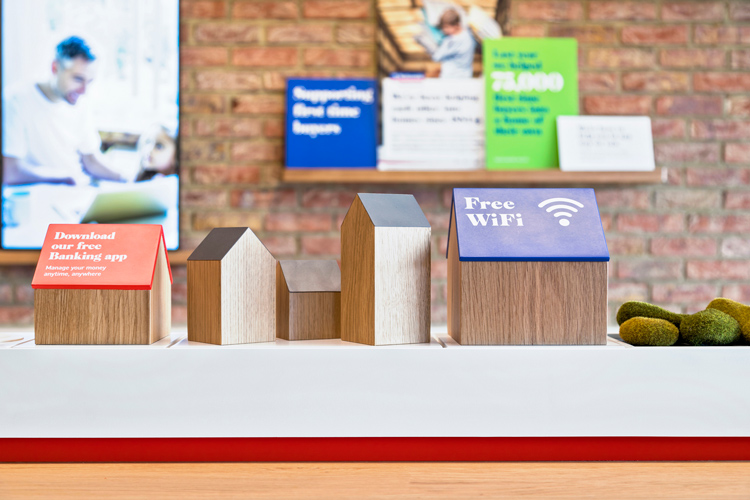 “[The new space] means that staff are active, no longer trapped behind glass or counter barriers, encouraging an open dialogue and side-by-side service,” she adds. “It’s also open and multi-functional, and can be modular, meaning drop-in seminars on something like online security can be held in-branch with minimal fuss.”

Ed Nelson, associate design director of graphics at the design studio, adds that the new concept will help to “differentiate” Nationwide from other banking and building society brands.

“This is a sector where the products and services are so homogenous and it is difficult to differentiation between retail banking brands,” he says.

“Banks and building societies have to raise their game in the total brand experience,” adds Bower.

The open-plan Nationwide store concept is currently rolling out across the UK. It has launched in Barnstaple, Ashford, Harlow, Manchester, Poole, Wolverhampton, and Hampstead and the Strand in London, with more openings expected this year. 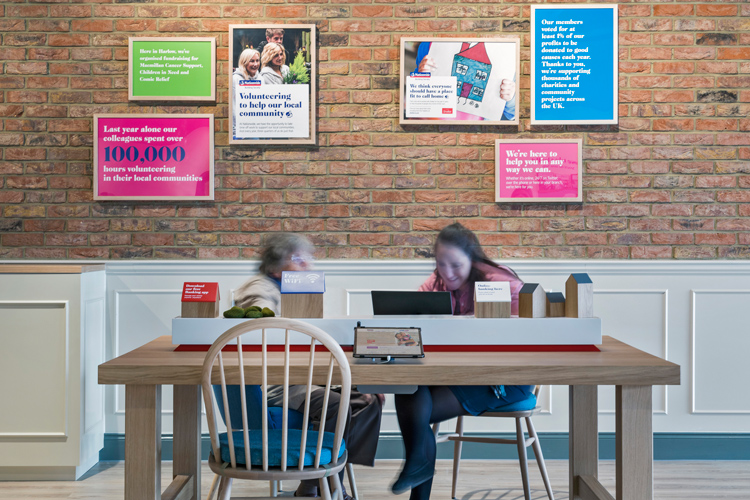