The Royal National Institute of Blind People (RNIB) has launched a prototype for an accessible pregnancy test, which would allow women with sight loss and visual impairment to find out their results privately.

The concept has been created by independent product designer Josh Wasserman and the campaign has been designed by London-based consultancy The&Partnership. 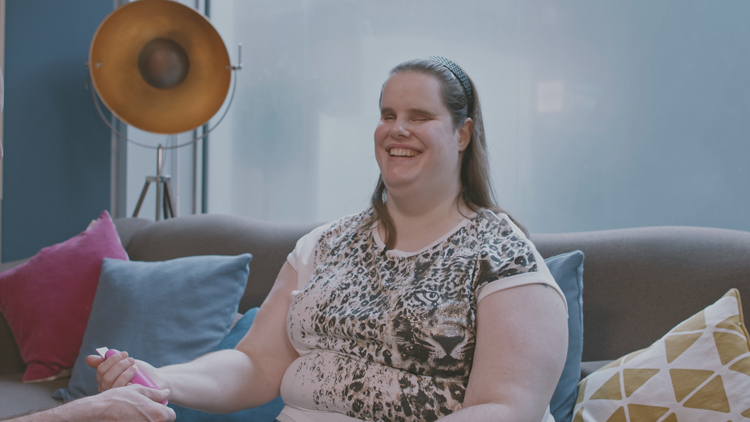 According to RNIB, the prototype would be the first product of its kind. To coincide with the project, it has created a “Design For Everyone” category, which seeks to promote accessible design principles at its annual See Differently Awards.

“A job best done in private”

RNIB head of brand Martin Wingfield tells Design Week that inspiration for the project started in 2018 after its rebrand, which was influenced by “real-life stories” from the partially-sighted community.

One of these was from a father of three who discussed parenting with sight-loss: “It astounds me that here we are in 2017 and still, a woman who’s blind or partially-sighted, isn’t even able to read a pregnancy test without sighted assistance – a job you’d agree, is best done in private.”

For this project, interviews were carried out with women between the ages of 18 and 40 who have varying degrees of sight loss.

Only 3% of legally blind people have no sight at all, RNIB adds, so a range of needs had to be catered for, “from mild sight loss to those with no useful vision”. 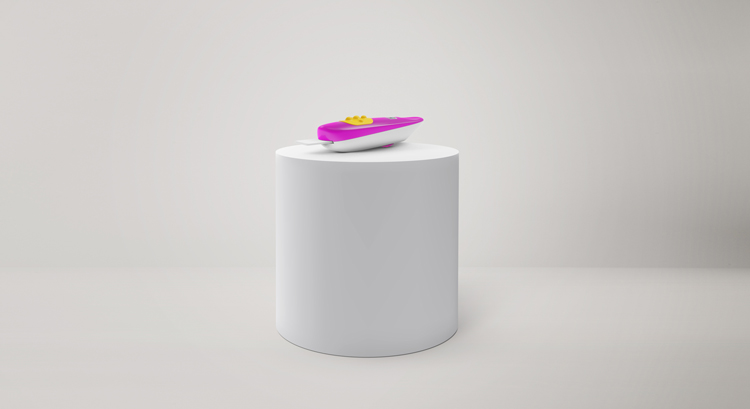 According to the further research, the main concern around traditional pregnancy tests for people with sight loss centered on privacy concerns.

In a video for the campaign, women discuss having to ask a neighbour to reveal their results to them. One woman adds that people have said insensitive things when delivering her results.

Another makes the point that a pregnancy might be unwanted and they might not want to include other people in the process.

From the research, five key areas were identified for the pregnancy tests. Designs needed to be independent, reassured, affordable, suitable and subtle (so that results can be viewed “discreetly”).

The solution is a test that allows women to “feel” their results rather than see them. There is a large, tactile results area made of yellow silicone which becomes raised if there’s a positive test.

The prototype uses the same technology as existing digital tests, though with a different output.

The absorbent pad turns pink when urine is absorbed, which triggers the testing technology. Once the control line is scanned, it activates an engine inside the device which creates the tactile result.

If sufficient levels of human chorionic gonadotropin (HGC) are detected, the engine keeps running and pushes the part through the holes to indicate a positive result. 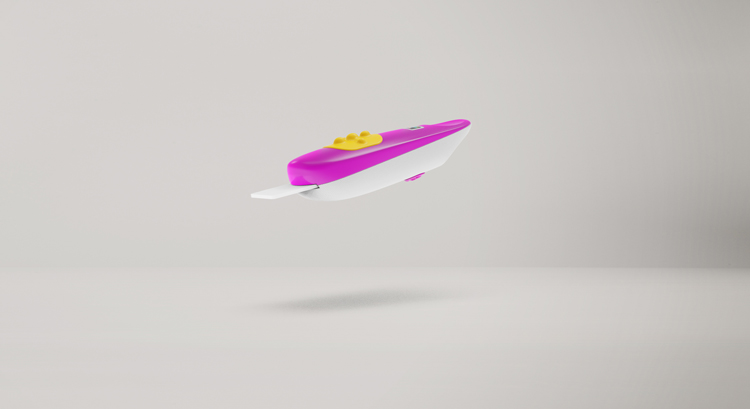 A test control on the underside rises regardless to show that the test has been successfully activated. This control line is normally positioned close to the result line, which can cause confusion for people with sight loss, according to Wasserman.

The product is brightly coloured as this helps people differentiate its alternate sides. Wasserman explains that tests are often white but many bathrooms are also often white, so that this can cause “a lot of confusion” for people.

“From a product perspective, this makes them very hard to read,” Wasserman adds. Other changes include a larger absorbent pad for ease.

Can it be taken into production?

Full details on how the concept works are available online along with the institute’s accessible design guidelines. Making this public was “vitally important”, Wasserman says.

“Those insights and the consumer experience will allow designers to educate themselves on what’s needed,” he adds. “By making the research public, it’s inviting designers and consumer healthcare brands to take the information and start developing from it.”

Wasserman adds that his prototype is only one possible solution – “designers could develop this protoype or explore what else might solve this issue,” he says.

In its research, RNIB says that one of the concept’s disadvantages is that it requires “additional components not currently used in a pregnancy test, likely meaning additional cost”.

However, it also points out that “accessible design is an extremely lucrative area” and that there are 1 billion individuals living with disabilities globally, making them the third largest economic power in the world.