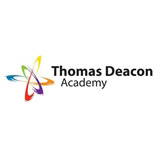 The Thomas Deacon Academy, which claims to be the UK’s largest academy school, is poised to launch a brand identity designed by Adrenaline Creative next month, ahead of its official opening in September 2007.

The £45m academy, located in Peterborough, encompasses six colleges and will specialise in maths and science. The visual identity reflects this and is designed to have an ‘atomic’ look, says Matthew Rigby-Burr, creative director at Adrenaline Creative. The identity will be applied to the academy’s wayfinding, website, prospectuses, school uniforms and related marketing materials.

Cambridge-based Adrenaline Creative was appointed to the branding project in January after a four-way pitch. The identity has been designed in consultation with the academy sponsors Perkins Engines Company, the academy’s architect, Foster & Partners and The Deacon’s School Trust.

The logo is drawn up in an ‘organic’ style to reflect the fluid design of Foster’s building. It features a series of primary colour rings, which are designed to represent each of the colleges. The varying colour palette will be used to colour-code signage throughout the academy’s vast grounds. The font used in the logo is Myriad Bold.

‘The six elements represent the six different colleges, which although independent, link together to form one unique being. We wanted to give the identity a graphic and scientific look. The design is not too structured and has a random element built into it. It also has a flexible design so it can be applied across a range of media,’ says Rigby-Burr.

The consultancy is also designing concepts for the website, which is due to launch next year.

The Thomas Deacon Academy is being built in Queen’s Gardens in Peterborough. It will replace John Mansfield School, Hereward Community College and Deacon’s School. The chief executive and principal is Dr Alan McMurdo.