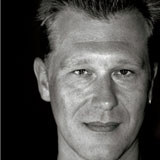 In-house photographers and illustrators are rare, so why the push for in-house writers? asks Jim Davies. Outsourced words can be creative and financial gold

As a rule, I wouldn’t use this column to explore the finer points of writing for design. After all, I’m at it day in, day out, so Private View is a chance to explore some of the further-flung alleyways of the industry, rather than embarking on a busman’s holiday.

However, Martin Hennessey’s Business Insight article (DW 21 September) has forced me to do a hasty U-turn. In case you missed it, he argued the case for the in-house brand writer, claiming that they represent better value for money and generally produce a higher standard of work than their freelance/ outsourced counterparts.

Well, unsurprisingly perhaps, I’d like to put a good word in for all us overpriced, inept scribblers who work for ourselves. Don’t get me wrong, I have no axe to grind with in-housers – they demonstrate that the design industry is finally waking up to the potential of words and committed for the long haul. I’ll also happily concede that writers like Dan Radley at Start Creative and Elmwood’s Jayne Workman are no slouches in the language department. But to maintain that walking through the doors of a design company from Monday to Friday makes you a superior species simply isn’t true.

You wouldn’t dream of saying the same about a photographer, would you? Quite the contrary. The most creative, accomplished souls – be they designers, illustrators, photographers, writers – tend to fly their own flag rather than wave the corporate banner.

So let’s get the money issue out of the way first. By the hour, an in-house writer pans out more economically. But you’re not taking into account all the tax, insurance and other day-to-day running costs of having another body in your studio. Never mind the responsibility. You’re forking out for them all the time, even when they’re not writing. Or they’re off colour, or off form. It happens; writing isn’t like plucking chickens. You need to be in the right frame of mind. OK, if you’re in-house, there’s always the buzz of the studio, but you can’t exactly listen to the Ramones at full tilt to clear out the cobwebs. With a commissioned writer, you pay for what you need, to the standard you require – so there’s no wastage.

Assuming a reasonable length of tenure, commissioned writers tend to have a broader base of experience, be more adaptable, and be more familiar with a variety work and processes. Running their own businesses would suggest that they have confidence in their own abilities and an enterprising spirit. They aren’t coloured by any company line, so they’re more unbiased and objective. I’d argue against specialism – a small library’s worth of CSR reports under your belt doesn’t make you an expert, it makes you bored, and therefore potentially sloppy. Variety keeps writing lively and interesting.

As for building up relationships with senior clients, well that’s totally down to the design consultancy – brought-in writers can get close or stay at arms length. I’m generalising, of course, but then so was Hennessey.

Over the years, working regularly with a handful of design consultancies has allowed me to develop fantastic levels of trust, and to produce some tremendous results. There are places where I genuinely feel part of the family. But as much as I enjoying visiting my relatives, I am sure spending all my time with them would soon become stifling.