Embarking on a career as a designer can be a minefield. From compiling portfolios to negotiating salaries, new graduates face a host of challenges in an increasingly competitive field. Paul Woods’ new book – Sh*t They Didn’t Tell You: How to Succeed in the Creative Industries – aims to demystify some of those processes. Woods, who is CEO at Los Angeles design consultancy Edenspiekermann, has created the “straight-talking” guide for grads in the hope of imparting both career and life advice. Complete with infographics and personal anecdotes, the book covers everything from visa applications to interview prep. We caught up with Woods to discuss some of the most pressing issues for young designers.

Design Week: Building a portfolio is daunting at any stage of a career. What’s your best advice for avoiding common pitfalls?

Paul Woods: Making a great portfolio without going insane comes down to two things: First, set a deadline and stick to it. And not a nebulous deadline like “sometime in the next six months”, but a concrete date that the damn thing will be finished. Final. Complete. Concluded. Next, communicate this deadline to your friends, family, peers, and the relentless trolls on social media, so that there is accountability and fear of public shaming should you miss it.

Second, have a clear goal for your portfolio, and focus on that like a motherfucker. If you want to be a UX designer at Facebook, then focus on UX design and everything that entails. It’s not rocket science, but it’s amazing how many portfolios have everything but the kitchen sink in them. Believe me, there is nothing more confusing than a portfolio stuffed with brand design, UI design, illustration, photography, painting, pottery, and your weekend flower arrangement hobby. In short: Edit, edit, edit, then edit some more.

DW: As you make clear in the book, salary and fee negotiation isn’t many creatives’ greatest strength. What’s the best way to navigate that?

PW: By and large, creative people are worse at negotiating than Mike Tyson is at singing In The Air Tonight. We are rarely driven by money alone, but rather by interesting projects and the opportunity to work with great people. Unfortunately, these traits make it extremely easy for an unscrupulous client or company to use these proverbial carrots to take advantage of us. Reality check: Design is a commercial business, just like being an accountant, a lawyer or any other skilled profession. You are not an artist. Money and negotiation know-how are just as much of being a designer as having killer Figma skills.

When it comes to starting a negotiation, do your homework. Conduct a thorough research of what to expect in terms of comparable rates/salaries, especially if you’re moving to a new city or country. Foreign workers who are on employer-sponsored work visas need to pay extra close attention as they are particularly vulnerable to being ripped off due to them being less familiar with local compensation standards.

Once you know what you want, state your expectations upfront so that you’re both on the same page. If in doubt, highball. When you’re negotiating a salary with a company (especially a large one), always add 20% to 25% to whatever the minimum is that you are willing to accept. At the risk of sounding like the ever-colourful author of The Art Of The Deal, negotiating is just a part of hiring. Remember, the prospective employer or client on the other side of the table has already factored a round of negotiation into their first offer. 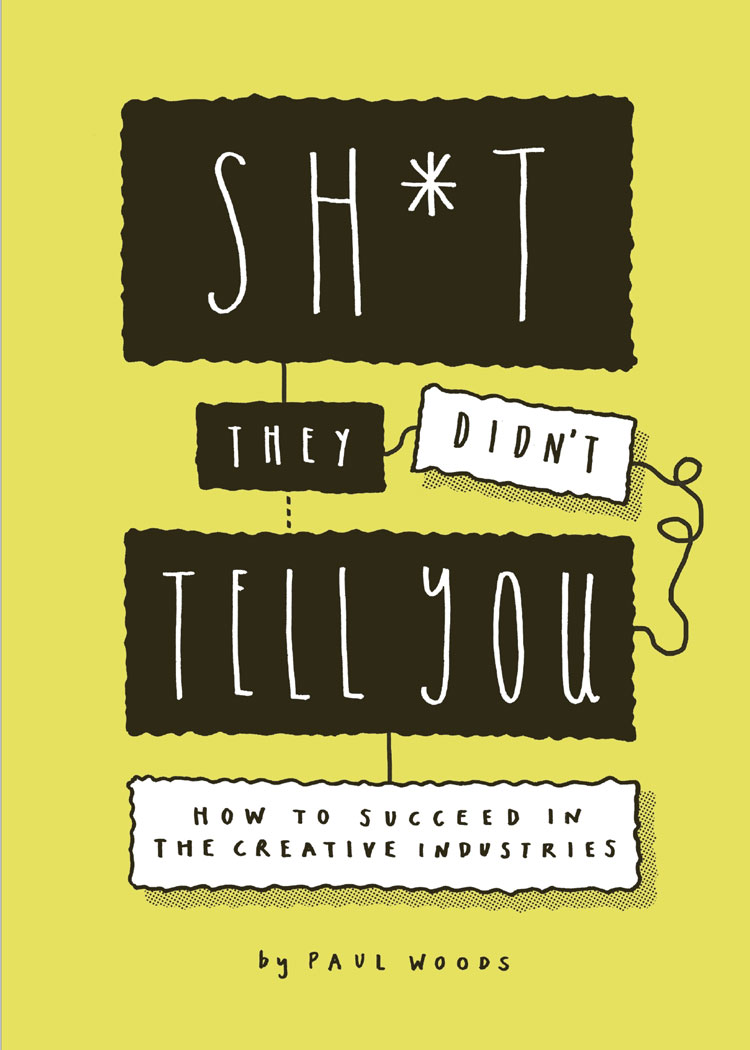 DW: Side hustles get a mixed rep in the creative industries – while they can be productive, they can contribute to overwork. What’s your best advice for getting the most out of them?

PW: Hustle culture – otherwise known as overwork – gets a bad rap, and rightly so. However, ‘creative play’ – a phrase coined by Paula Scher in a 2008 TED talk – is a different matter entirely. Side hustles that revolve around creative play are vital to staying creatively fresh. At Edenspiekermann, our designers have a whole range of side projects – from furniture design to performing classical music – that provide a mental break from day-to-day design work.

Allow me to give you an example. For a period when I was working in New York, my day-to-day job as an art director mostly centered around one large financial account. While the account itself was actually pretty interesting, I nonetheless needed a means of self-expression outside of promoting the merits of one asset management strategy versus another. And so, in October 2016 my colleague Kevin Growick and I decided to set up Adloids, a satirical online publication focussed on ripping apart the ad industry that we worked in (think The Onion of advertising). It was fun to make, almost therapeutic, and above all else, felt nothing like work.

DW: Burnout is another hot-button issue, especially given the recent year. How do you recognise it – and what should you do about it?

PW: Burnout is a real issue for creatives, and it is one that has been exacerbated significantly in the past year of remote work.

Let’s be very clear here: Working long hours does not make you a better creative. It does not make you more dedicated. Above all else, it does not make you produce better work. That unsolved task that frustrates you until 3am? It will be done in a fraction of the time when you are fresh the next morning. Remember, you need to impress people with your work, not how many hours you’re in the office.

In northern Europe, long hours are strongly frowned upon, and those that frequently work them are seen as less competent for not getting their work done in the assigned amount of time. For example, in the Berlin office of our agency, the doors are locked everyday at 6.30PM. Unless you’re in upper management with key privileges, you have to leave.

Finally, remember this: It is just a fucking job. You are not a doctor or a firefighter. You are still working in the creative industry. There are no real emergencies. Put down your laptop. Go outside, get some fresh air and speak to some other humans. 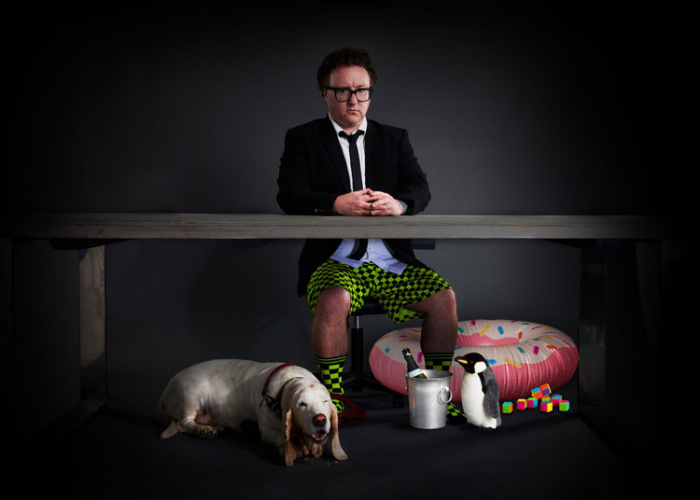 DW: One thing that’s unusual about your career is the amount you’ve been able to travel. How has that helped your career – and what should designers think about when considering working abroad?

PW: I think travel is quite possibly the greatest (and most underused) perk of our industry. The reality is that if you work in the creative industry, not only can you travel the world as part of your career, but people will pay you to do so. Like anything else, it’s just a matter of making a list of people or companies that you want to work with abroad, and relentlessly contacting them.

Beyond its merits as a recreational pursuit, working abroad opens the mind to different ways of working, and fundamentally changes the way you think about the world. It gives you multiple perspectives to think about a problem or challenge. Whenever I’m hiring a designer and I see from their resumé they’ve only worked in their hometown for the past 10 years, it gives me pause: They have only one perspective on the world and no matter how good that perspective is, it is a very narrow view.

DW: Oftentimes in the creative industries, employment itself can be seen as a privilege, so it can be easy to settle into a routine. How can designers recognise when it’s time to move?

PW: The best creative work happens when we operate on the fringes of our comfort zone. Over time in a job – any job – we gradually fall back into a routine. The net result: Tired, uninspired work. Change forces us out of that comfort zone. It makes us uncomfortable. But here’s the thing: Change also pushes us to do things that surprise us. It makes us capable of doing things that we didn’t think we were capable of.

No matter how hard it might seem, no matter how many people say you’re crazy to leave or what your grandmother says, one should never be afraid to make a big change – especially when you’re early in your career. Or perhaps to put it more accurately: You should be scared shitless of making a change, but then do it anyway. Change is the catalyst for learning, that secret sauce that keeps our minds sharp, and our creative output fresh, unexpected and occasionally brilliant.

Sh*t They Didn’t Tell You: How to Succeed in the Creative Industries is published by Laurence King on 5 August. It costs £12.00 and more information can be found on the publisher’s website.