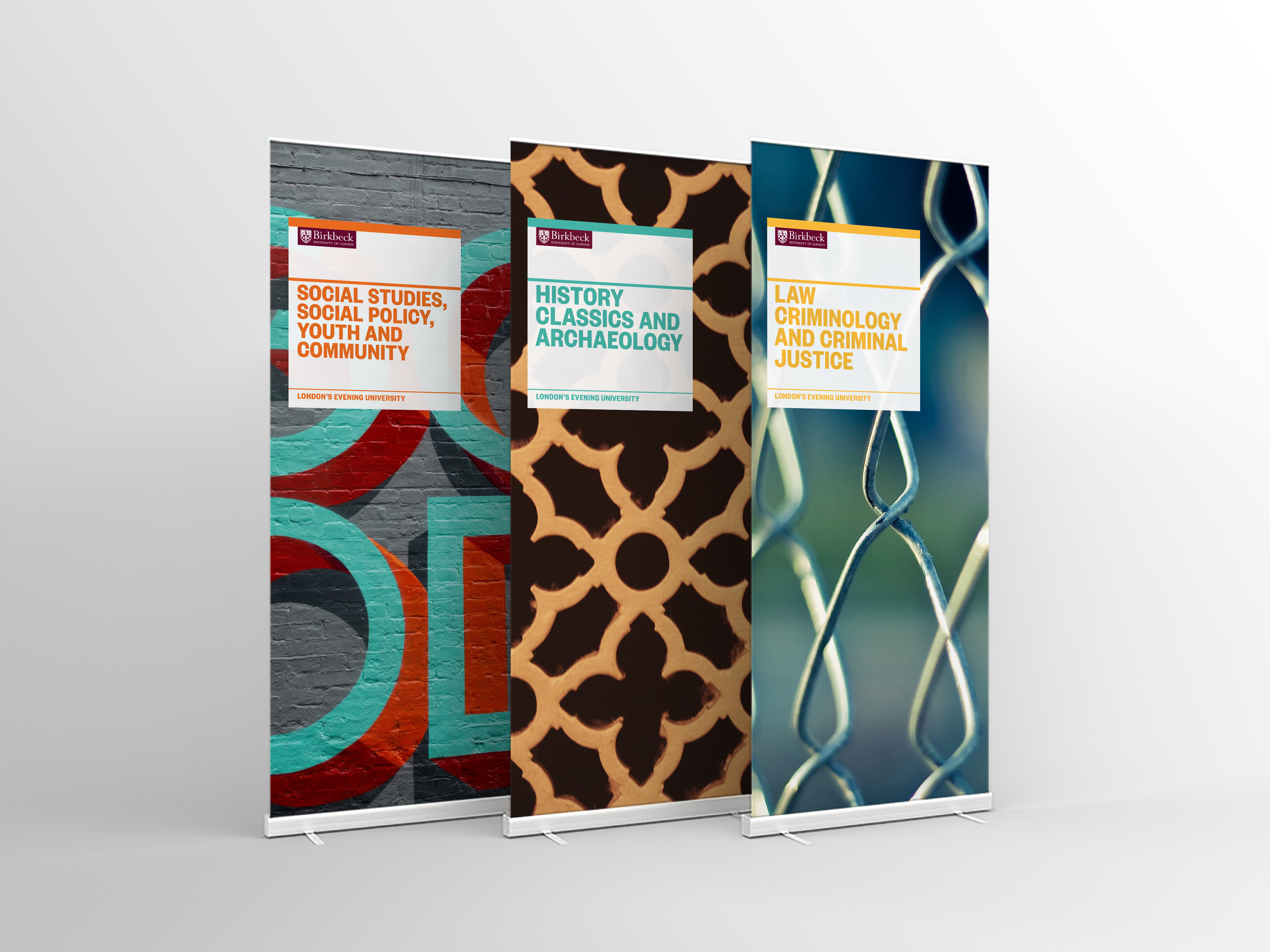 Pentagram partners have given Birkbeck, University of London a new look which hopes to give the university its “first ever” consistent visual identity, and give it a more “light-hearted” feel.

Partners based within Pentagram’s London office completed the redesign, alongside the university’s in-house creative team. Domenic Lippa worked on refreshing the branding and graphics, while Naresh Ramchandani designed the new advertising campaign. Luke Powell and Jody Hudson-Powell are currently designing a new website, which will launch later this year.

Birkbeck is a London-based evening university founded in 1823 offering higher education courses for adults. The crest logo within a rectangular panel was first introduced in 1997.

While the university’s logo – featuring a crest containing symbols including a sword, an owl, two candles and a checkerboard – remains very similar, Lippa has extended the use of these symbols to create a more “light-hearted” look for the university without “bastardising” the logo, he says. For instance, the owl symbol has been used with different coloured backgrounds as social media icons, and for use on products. 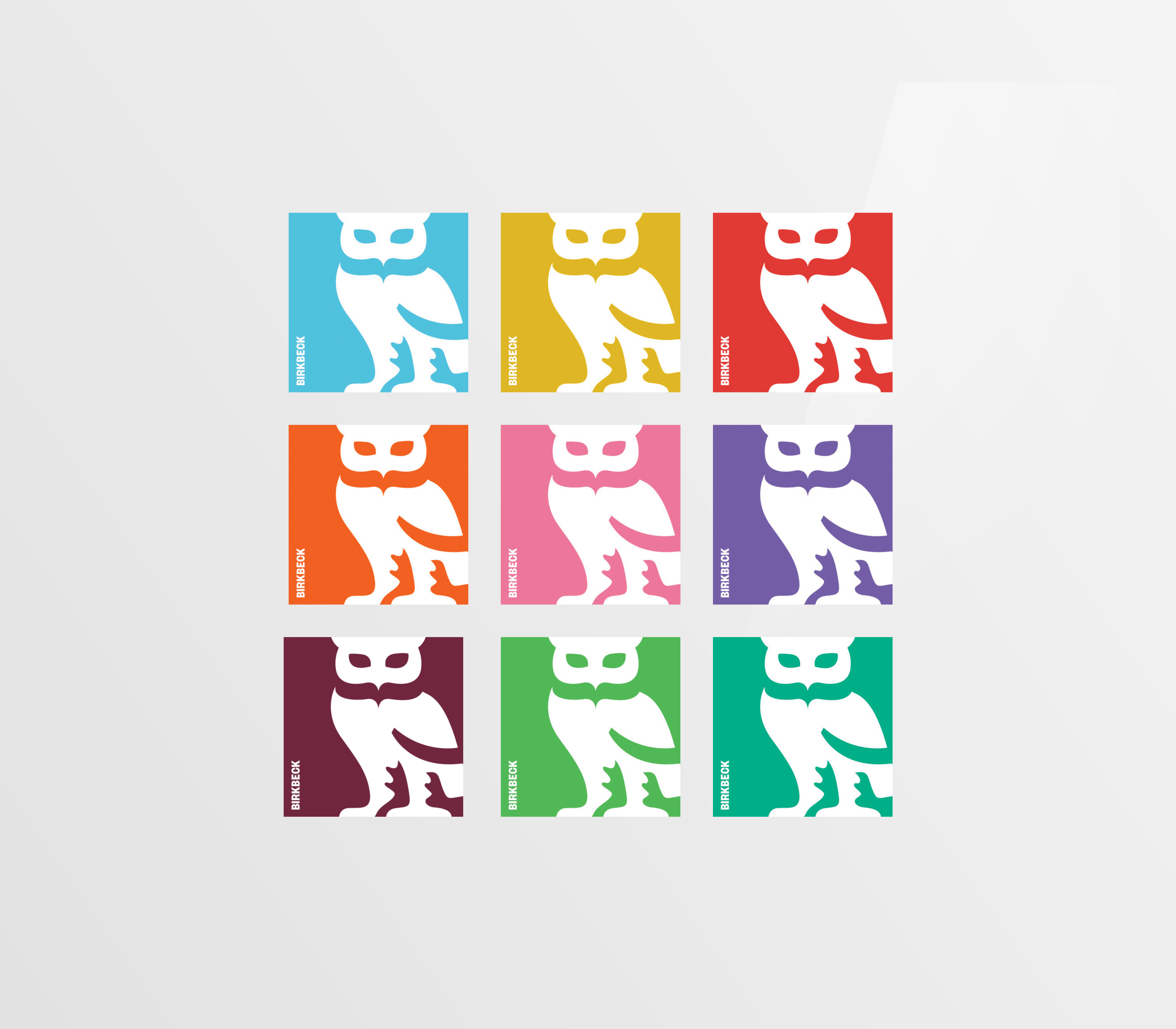 “We took some of the elements out of the shield and started being playful with them,” he says. “You don’t want the whole logo on a t-shirt, or a tote bag. Otherwise everything becomes formal and serious. University is about learning but also about life lessons and enjoying things.” 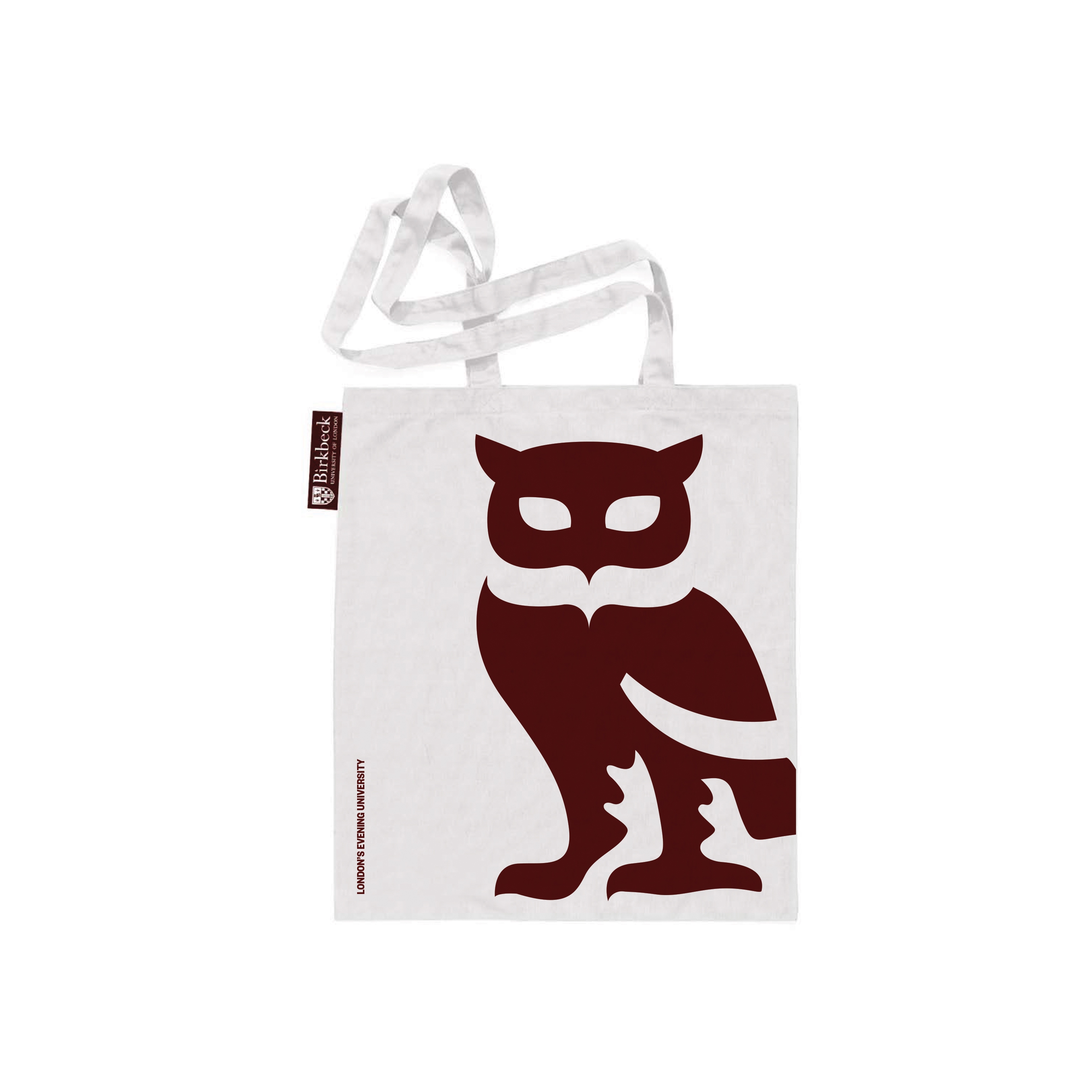 “The logo represents the university’s heritage and is its recognisable centrepiece,” he says. “We had licence to redesign everything apart from the logo.”

Small tweaks have been made to the logo, to make it “cleaner, more modern and less traditional”, says Lippa. This includes darkening the burgundy colour, reversing the use of burgundy and white within the crest itself, and adding a white outline to the crest. The outer keyline framing the overall rectangular logo been removed. The aim was to help the logo work better online and make it less “austere”, says Lippa. The logotype and composition of the crest remains the same.

The colour palettes have been expanded beyond the burgundy red used for the logo and the cyan blue used for advertising materials, now with 10 additional colours. “We’ve given them a toolkit varying from sober, mature colours to a palette which is vibrant and dynamic,” says Lippa. “It depends on the audience. A tote bag will have a lighter touch than a prospectus cover.”

Pentagram aimed to create consistency by extending the use of the logo’s panel symbol across all visual assets. Currently, the logo consists of the shield crest on the left and the logotype on the right contained within a rectangular panel shape.

Panels were used across advertising and marketing materials to display information and establish hierarchy of text, then combined with “flexible” background imagery and colours to suit different academic subjects.

The advertising campaign aims to depict the university’s more “human side”, says Lippa, with more imagery of students. “This part was more direct and serious, to show that the university takes education seriously,” he says.

Prior to completing the redesign, Lippa says Pentagram conducted research with students and tutors at the university. “Where other universities have gone wrong is they haven’t engaged with students to help them understand why they’re making changes,” he says. “We spoke to numerous people within the organisation.”

He adds that the light touch to the branding and the development of the overall look was appropriate to the budget of the project. “You have to be sensitive to the fact that, at a time when education is under a lot of scrutiny and students are paying a lot of money, universities shouldn’t be spending a vast amount of money on design consultants,” he says. “It depends on what the university is having to deal with, and in this case the problem wasn’t with the brand identity, but the overall visual identity.” 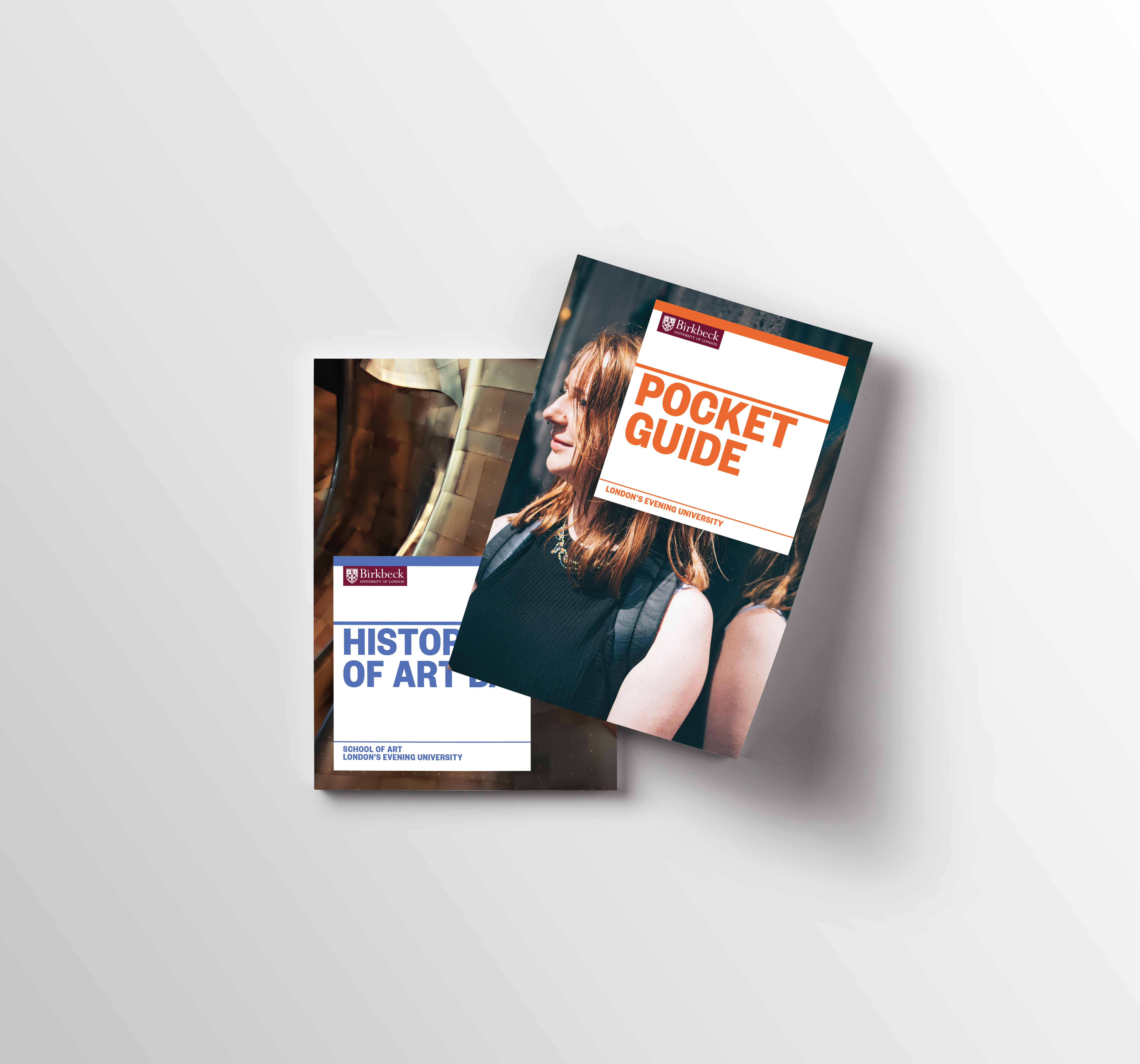 The redesign took roughly six months to complete and has begun rolling out. The new visual look will be applied to signage, online platforms, products and print materials.

The marketing campaign, which includes adverts across the London Underground and buses, launches this month, with other applications to follow. The new website will be launched later in 2017. 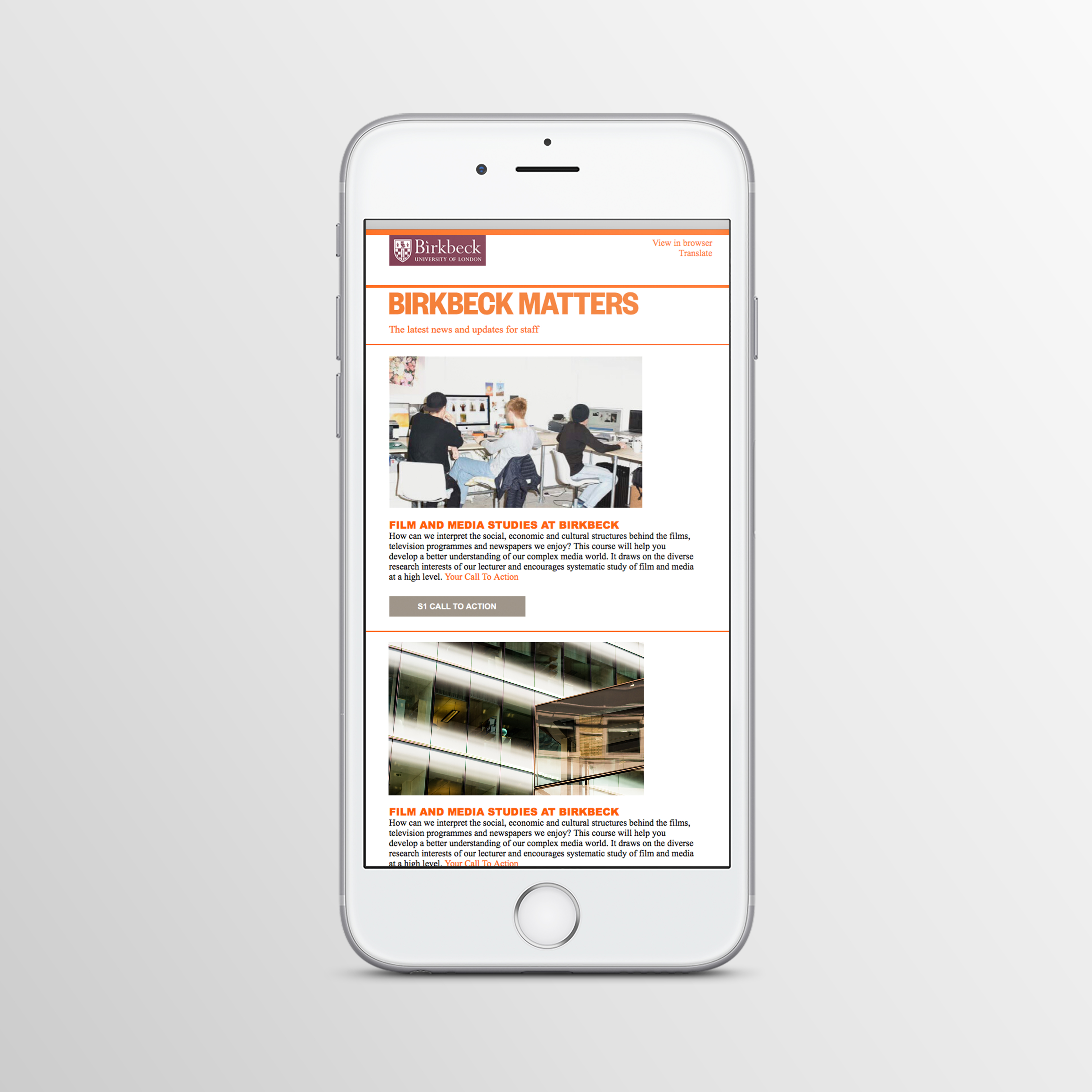 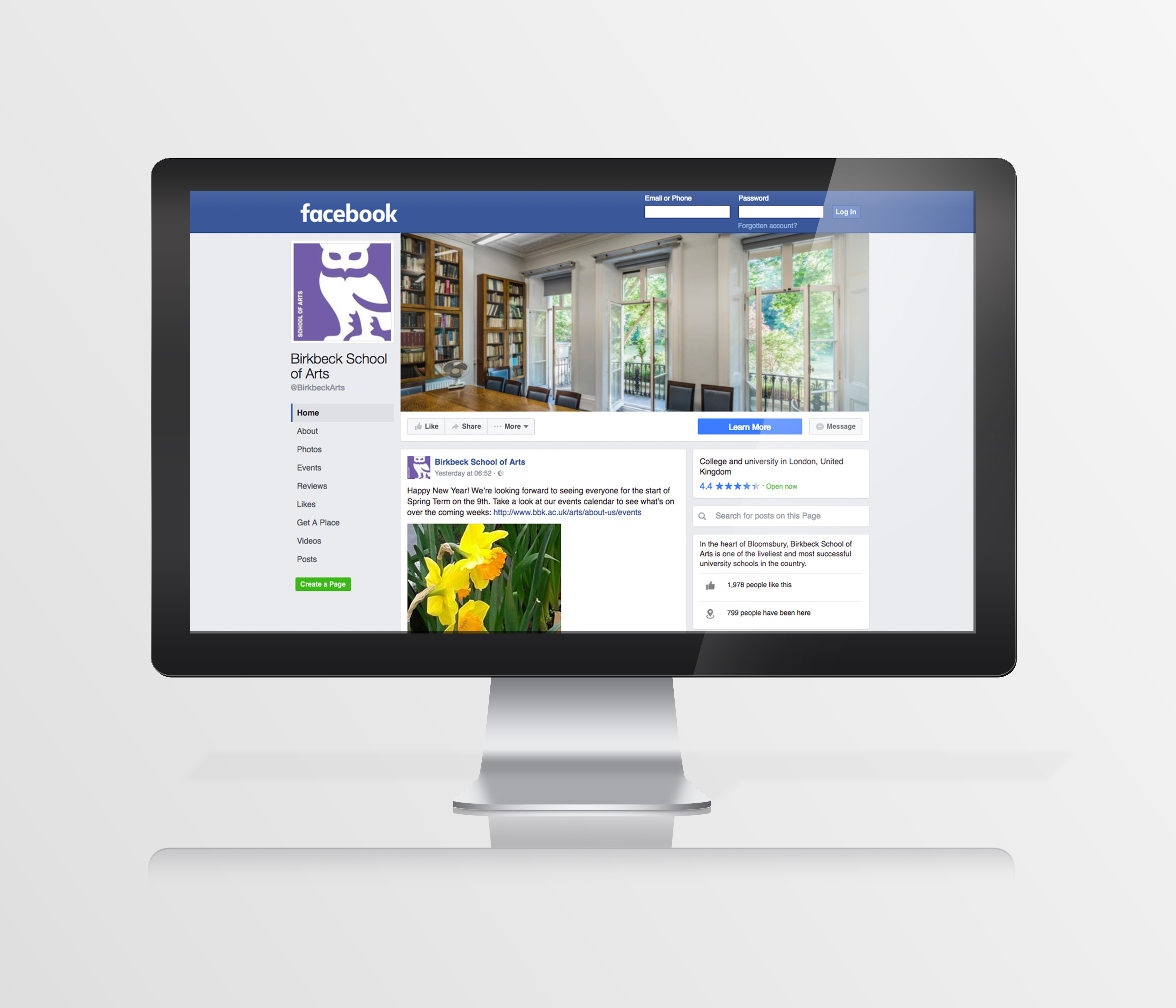 Meetings that move people – How to prepare