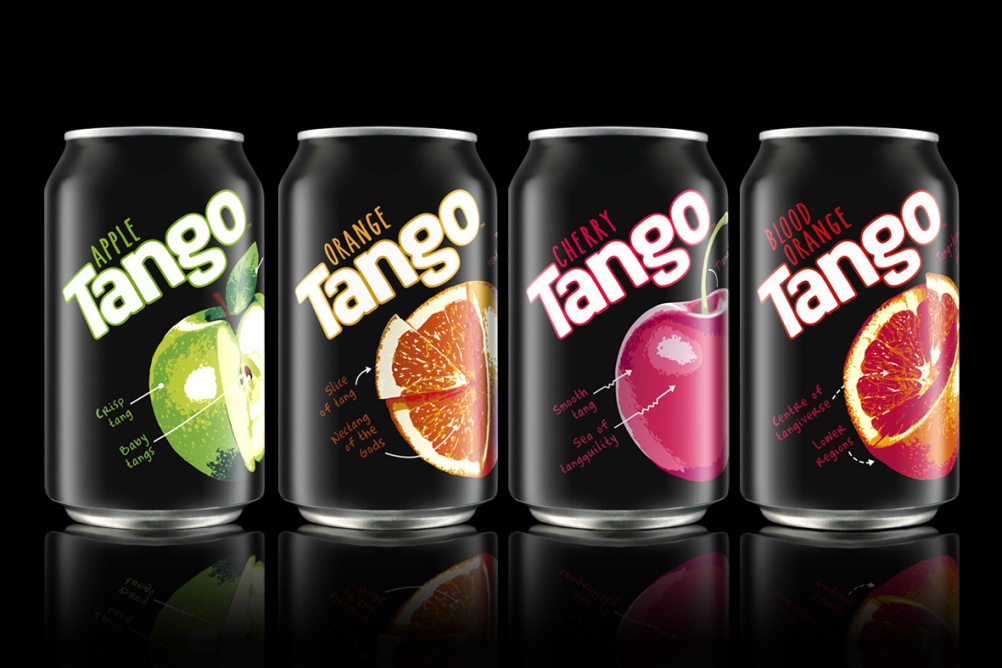 Brandhouse has redesigned the Tango can as it looks to “grow up” the brand and re-engage with young adults.

The new packaging uses a black can design while the new visual language is “a witty anatomical explanation of where the tang comes from” according to Brandhouse founder Mark Wickens. who worked on the first major Tango rebrand in 1992.

The 1992 rebrand saw Britvic’s Tango positioned as “a peculiarly British brand” according to Wickens who says it sought out a core target market of 13-14 year old boys. This rebrand was notable for its use of the black can.

“Research had shown us that those boys like to get stuff other people didn’t, like Vic and Bob. We put it in a black can against advice and sales went up by 50 per cent,” he says.

It was part of a strategy “to stand up against the big boys – like Coke, who own Fanta,” adds Wickens, who with Brandhouse, set out a positioning which was built upon by ad agency HHCL which created the Tango Man and the “You Know When You’ve Been Tango’d” campaign. 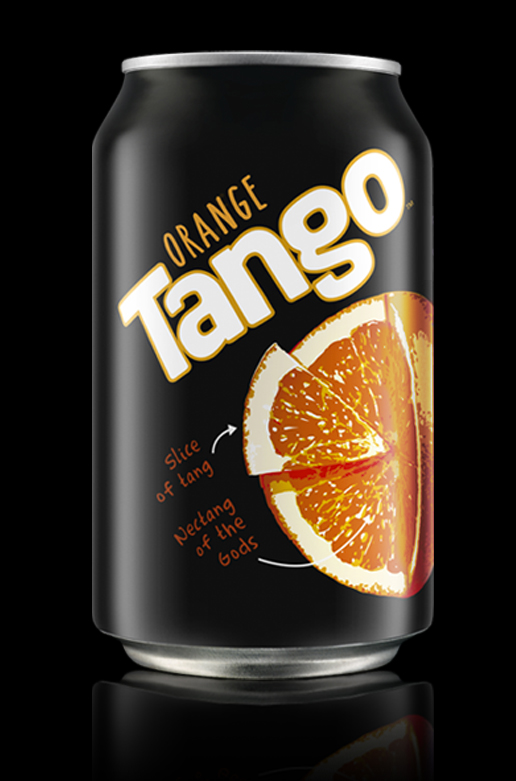 “Tango can’t really be an anarchic naughty schoolboy anymore. That message isn’t so relevant, so we needed to grow it up a bit,” says Wickens.

The new visual language is based on “flavour sensation” and is communicated through the “Anatomy of Tang” dissection diagrams on the cans, which show the source of Tango’s flavour.

“It always wins on blind taste tests – partly because it has whole fruit in it,” says Wickens, who wanted to play up the drink’s tangy properties and also make a tongue-in-cheek comment on the provenance of ingredients which are often shown on food packaging.

“The crude can printing process” means that Brandhouse had to communicate its idea within the manufacturing constraints, which means using only six to eight colours and a low resolution Wickens says.

Brandhouse will carry on working with Britvic on “other expressions of the Tango brand” says Wickens.