The Queen’s Awards for Enterprise is an awards programme for UK businesses that excel in areas such as international trade, innovation and sustainable development.

This year there have been a total of 141 winners and among those claiming an award are design consultancies Lee Broom and Kinneir Dufort, both of whom claim a Queen’s Award for International Trade.

We talk to the consultancies about their success and about the challenges and opportunities of exporting British design.

Product and furniture designer Lee Broom set up his business – Lee Broom Ltd – in 2007. The studio designs, manufactures and retails its own collections, collaborates with other brands and also designs interiors.

Its most recent project has been the Department Store at the Milan Furniture Fair, which saw three shops on the Via Alfredo Cappellini joined together to create a fake department store to show off the studio’s products.

Lee Broom has around 120 dealers in more than 40 countries around the world and has grown its export earnings by 302 per cent in the past year.

The studio says its export strategy is based on selecting overseas markets through research and investigatory visits, with selected markets having bespoke products developed for them. 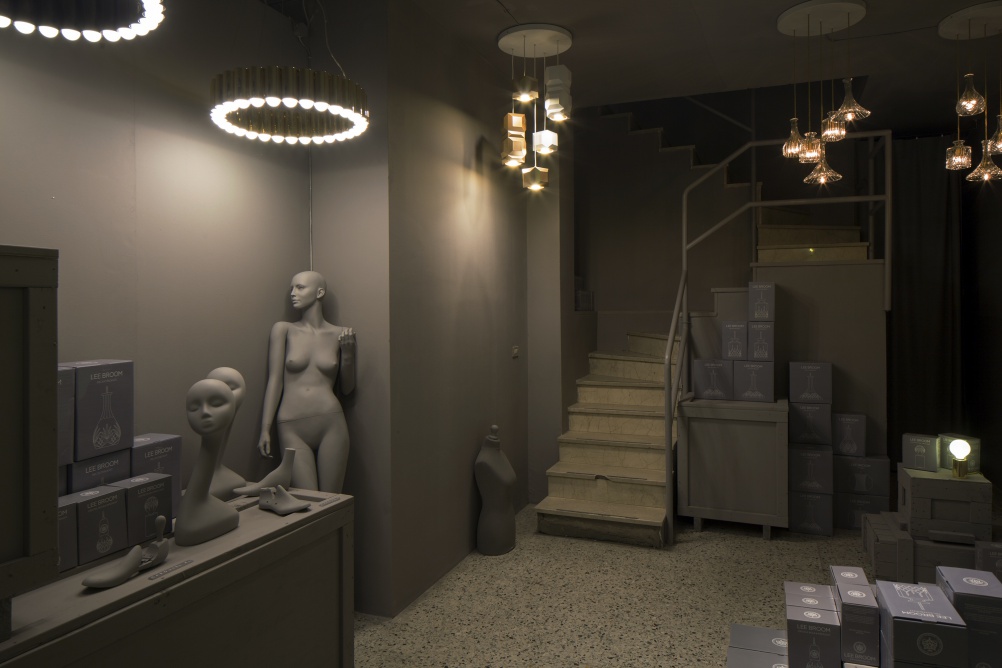 Lee Broom is aiming to “significantly” expand its number of dealers and overseas territories in the next year, building on its success in Scandinavia, the USA, Australia and the Middle East.

The consultancy’s chief executive Charles Rudgard says challenges to British designers exporting overseas include issues around IP and distribution. He says: “We have to protect our designs and intellectual property which can be challenging across multiple jurisdictions.

“Efficient and high quality logistic operations are vital in managing our global distribution network.  We have our own warehouse and logistics facilities as it is important to us that this is  seamless for our customers.”

Lee Broom says: “We find that British design has always been received very positively. British design is seen as being original, cutting edge and of high quality. Our strong heritage for innovation is something that still resonates internationally.”

Kinneir Dufort is a Bristol-based research, innovation, design and product development consultancy. Established in 1977, it works in sectors including medical, consumer, industrial and defence.

The consultancy has been given a Queen’s Award for International Trade after growing its overseas earnings by 176 per cent in the past three years. It has grown exports as a percentage of turnover from 18 per cent to 62 per cent.

Kinneir Dufort’s managing director Jim Orkney says the consultancy looked abroad because its saw “the opportunity to achieve greater growth than addressing only the UK market”.

Orkney says the consultancy has seen particular success working in Germany, Sweden, the USA and South Korea, mainly in the medical and consumer sectors.

The distances involved, says Orkney, are the biggest barriers to international export. He says: “The inconvenience of distance cannot be ignored but this is easily overcome. We accept travel is required with a lot of our clients – it is key for relationships and we will go to our clients wherever they are.”

Orkney says is the “integration of creative expertise with technical abilities” that differentiates UK design consultancies internationally” and says the consultancy plans to further develop its international offer, focusing on European exhibitions and targeted communications and a trade mission to the USA later this year.