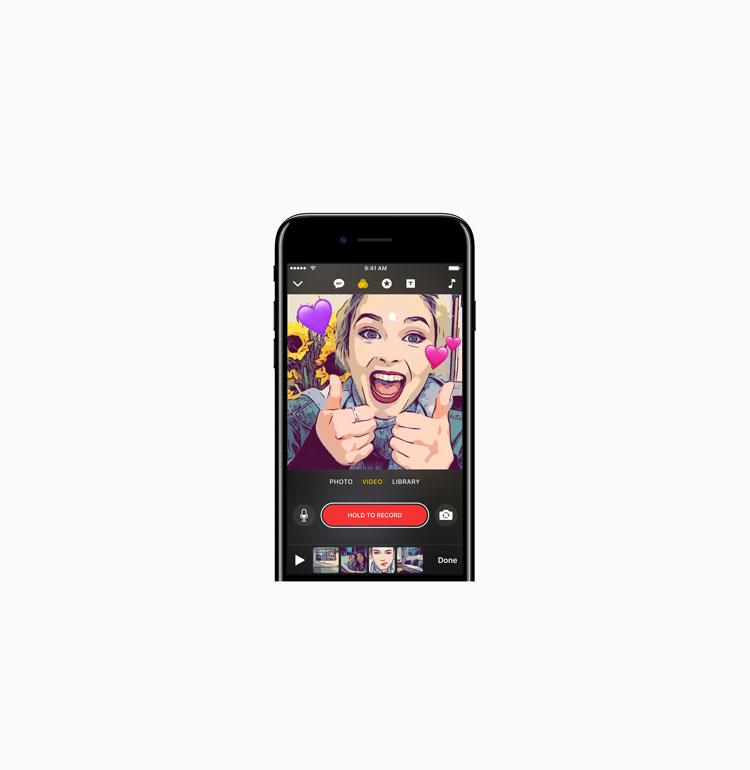 Apple has announced the launch of its new video editing app Clips, which is set to rival Snapchat and Instagram’s stories function.

The “easy-to-use” app – which can be used on both iPhone and iPad – lets users create multi-clip videos “without timelines, tracks or complicated editing tools”, says Apple.

Clips adopts several user interface (UI) features which are similar to both Snapchat and Instagram’s stories. These include a download button which allows you to save a version of the video to your photo and video library, and a “hold to record” button which appears at the bottom of the screen but is more prominent in both size and colour than in the other two apps.

Users are able to touch this single button to shoot live video and take photos, or add them directly from their photo library.

They can then add Snapchat-style filters such as a comic book effect, emojis, shapes and full-screen posters with animated backgrounds.

A live titles function allows the user to add animated captions and titles which are generated automatically as they speak, appearing on-screen in sync with their voice.

Several dozen music soundtracks are also available to add to clips, which automatically adjust to the length of the video.

Videos created on Clips can be shared via iMessage, as well as on Instagram, Facebook and other social media platforms.

Apple has also announced a special edition of the iPhone 7 and 7 Plus handsets in a red aluminium finish, to mark the tech company’s more than decade-long relationship with AIDS charity (Red), and an updated version of the iPad with a brighter 25cm retina display.

Clips will launch on the App Store from April and will be free to download, while the the updated iPad is available now and the Product(Red) special edition iPhone will be available online and in-store from 24 March.