New York design consultancy ThoughtMatter has crafted the new identity for Mama Foundation for the Arts, a cultural organisation which promotes engagement with gospel, jazz and R&B.

Mama Foundation is based in Harlem, New York, where it provides a cultural space for people to access training and employment as performing artists for free. 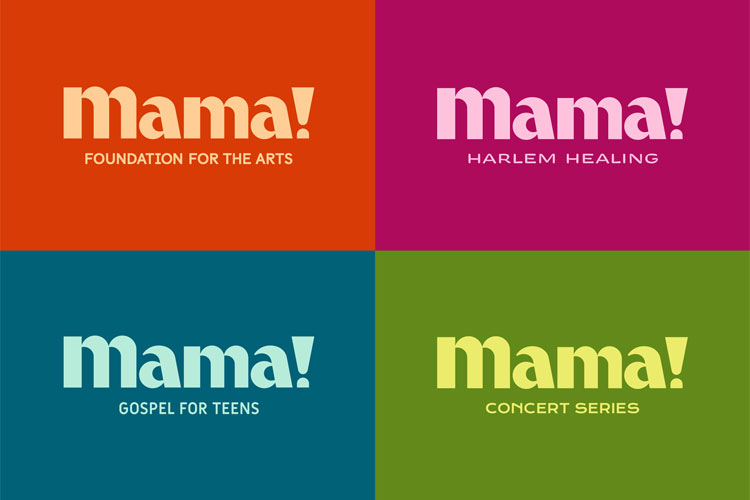 The organisation was founded by theatre producer Vy Higginsen and named after the musical she co-created Mama I want to Sing. She was inspired to establish the school when the arts programme at her daughter’s school was cut.

According to ThoughtMatter creative director Ben Greengrass, the new identity seeks to refine the foundation’s voice as it continues to “give performers a platform to grow and find success”. 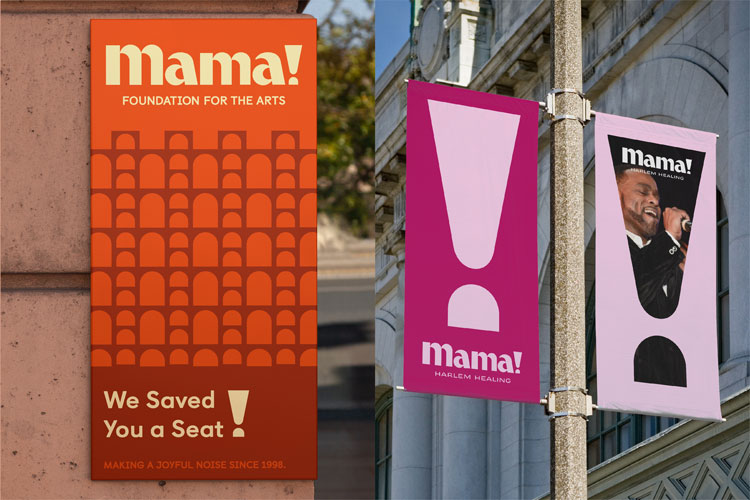 The design process involved conversations with stakeholders, from the organisation’s vocalists to instructors and Higginsen herself. What emerged from the discussions was the importance of music and in particular the physical actions involved in singing, explains the designer.

This led to two elements of the new identity. The first is the symbol of an arched window. “Harlem is my neighbourhood so I know first-hand that when you walk around on a Sunday morning, all you’ll hear are sounds of celebration coming from behind those windows,” Greengrass says. 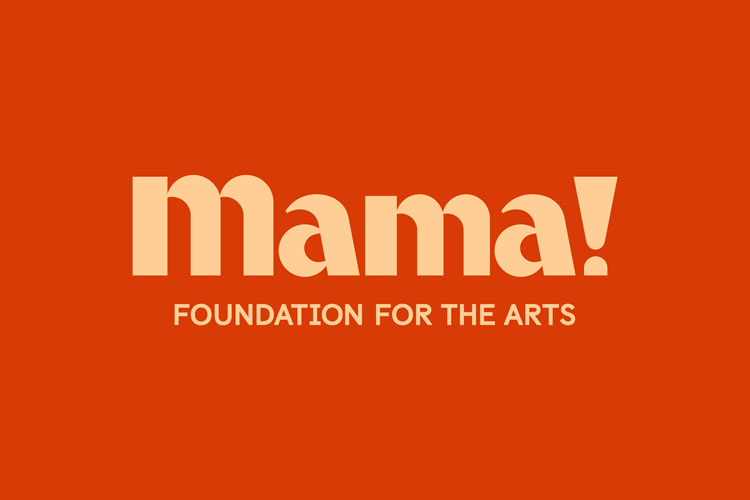 He adds: “These windows provide a view into the history, the advancements, and the joy in Mama’s house.”

These windows appear in the Harlem’s churches, brownstones (the reddish-brown buildings that populate the area), while arch shapes appear either side of the stage at the local Apollo Theater, Greengrass explains.

The second visual element was the exclamation point, which is a “nod to the energy of projecting one’s voice and opening one’s body posture in song”, says ThoughtMatter design director Wednesday Krus.

The punctuation point appears in the new wordmark, while the arch shape is used throughout the identity on posters, signage and digital applications.

ThoughtMatter designed a bespoke typeface for the wordmark, which is also inspired by the arch shapes, explains studio design director Wednesday Krus. “With accessibility and joy in mind, we crafted a bespoke mark based on arched windows,” she adds.

These combined elements aim to “deliver on Mama Foundation’s central promise to be seen and heard”, Krus says. 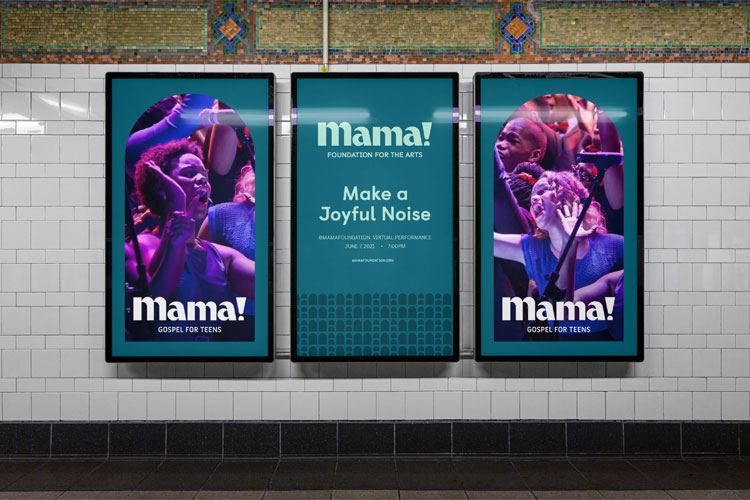 Studio designer D’Angelo Heyward explains that the colour palette was further inspired by the surrounding neighbourhood. Having worked through a few variations, the team returned to the imagery of “African markets, stained glass windows and fruit stands,” Heyward says.

Amber was chosen for the primary colour as it captures the “bright positivity and joy Mama Foundation spreads through song”, the designer adds, while it also “pays tribute to the brownstones of Harlem”.

What do you think of Mama Foundation’s new identity? Let us know in the comments below.