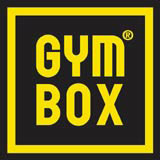 Ben Kelly Design and Explosive have created interiors and graphics for Gymbox, a 2323m2 ‘back-to-basics’ fitness centre, that aims to shake up the ‘soul-less’ health club sector when it launches in London in June.

Ben Kelly Design has been working on the project since June 2002 and Explosive came on board in August. Both were appointed without a pitch. The project is believed to be worth £160 000 in combined fees to the groups.

Gymbox founder Richard Hilton says the fitness sector is driven by product rather than brand, and ‘there’s no soul to any of the mainstream clubs’.

‘I wanted to create a completely new gym experience, [something] interesting and interactive with a non-judgmental attitude. Gymbox is where all people – young, old, thin and not-that-thin – can find their niche and enjoy exercising,’ explains Hilton.

The interiors team goes on site in Holborn this week to implement an industrial-style design concept, reflecting the building’s former use as a basement car park.

Ben Kelly Design associate Patrick McKinney says the brief was to convey the ‘back-to-basics’ approach by generating ‘a bit of credibility [and] keeping it real’.

‘The space is really a big concrete bunker and a blank canvas for us. We like to respond to a building and the idea here is to create a happening, hip place that’s quite raw and avoids the usual gym cliches,’ he adds.

In addition to creating the identity, Explosive has hired Nike Run London illustrator Andy Smith to design interior banners that will hang on the gym’s main columns.