Amnesty International believes FRT “violates the right to privacy” and is actively campaigning against the technology with its Ban The Scan campaign. The organisation says that its research into FRT shows that facial recognition for mass surveillance enables “racist policing”.

It uses the 2020 Black Lives Matter protests as a core example – FRT was used at protest sites to identify, track and harass people exercising their right to freedom of assembly, according to the human rights organisation.

“The experience needed to convey urgency”

Superposition was sought out to visualise research findings from Amnesty International because of its previous work in data visualisation. The brief was to create an interactive digital experience which could detail a person’s exposure to “invasive FRT technology”, according to the studio.

“The experience needed to convey the urgency of Amnesty’s disturbing research findings and make these findings relatable to any user, and urge them to take action against FRT technology,” Superposition says.

The resulting visualisation allows users to see the extent of the issue. Users plot a walking route through the New York City map – their commute to work or a common walking route, for example – and the experience shows the different points along that journey where they come into contact with the technology. 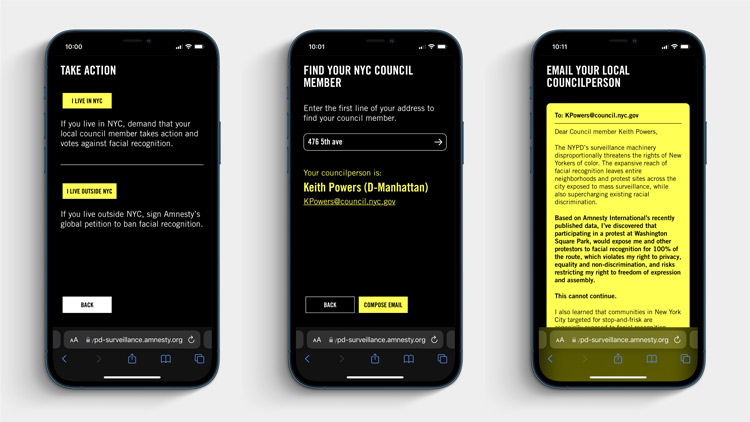 Not designed to be “overwhelming”

While being confronted with the amount of FRT in their local area might be worrying, Superposition stresses that the experience is not designed to be “overwhelming”.

To supplement the eye-opening experience, Superposition has designed a set of “report cards”, which encourage users to develop their own opinions on the topic of FRT.

These report cards showcase data, maps and stats in different contexts – for example, how FRT was used in disproportionate surveillance of different BLM protests.

After this, they are invited to take action by sending a letter of protest to their local council member and signing Amnesty’s global petition. 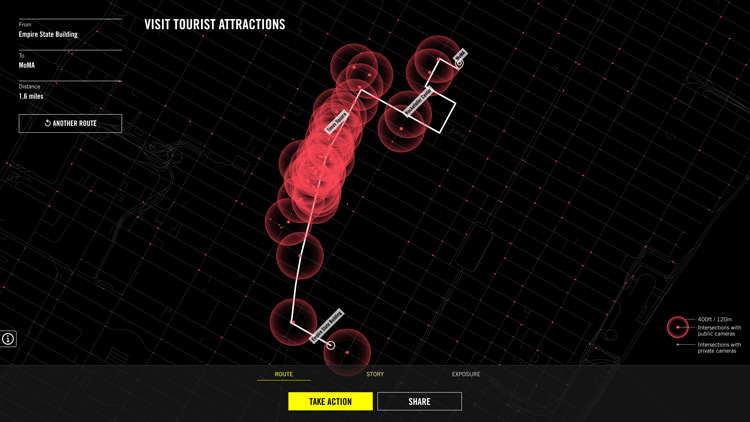 “A researcher on a desktop and a hiker using their phone”

When it came to actually building the web app, Superposition says it had to consider a wealth of different users.

“In order to accommodate as broad an audience as possible, we designed the app to suit perfectly to a researcher using a desktop and a hiker using their phone,” the studio says.

This was achieved in part by using custom vector-based map tiles and rendering technology to keep the web-app size low.

A core colour palette of red and black has been used throughout, with accents of yellow – Amnesty International’s core brand colour. 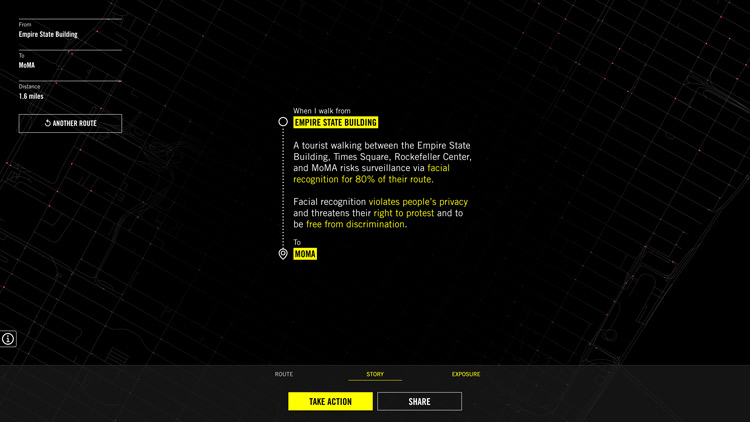 Superposition’s data visualisation is the latest in a lengthy history of designers using their craft to protest racial injustice. In 2020, Design Week covered several projects dedicated to using design for good.

In July 2020, Vitamin London developed a typeface out of the protest placards found at BLM protests, while other designers used their graphics skills to garner support via social media. 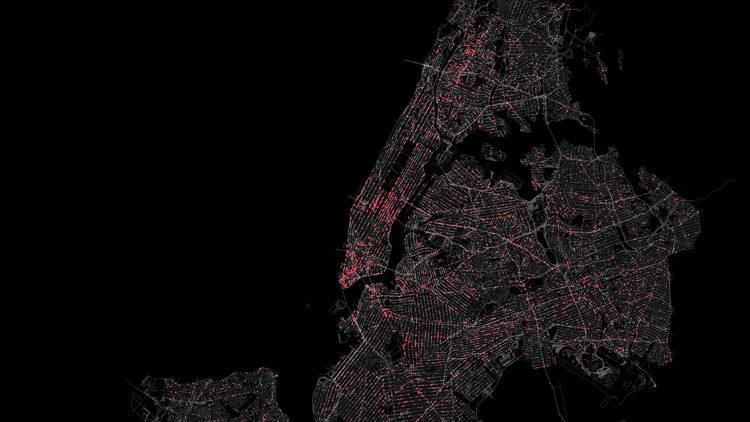 You can try out the app on Amnesty International’s website.

Should interior designers be paying attention to the metaverse?