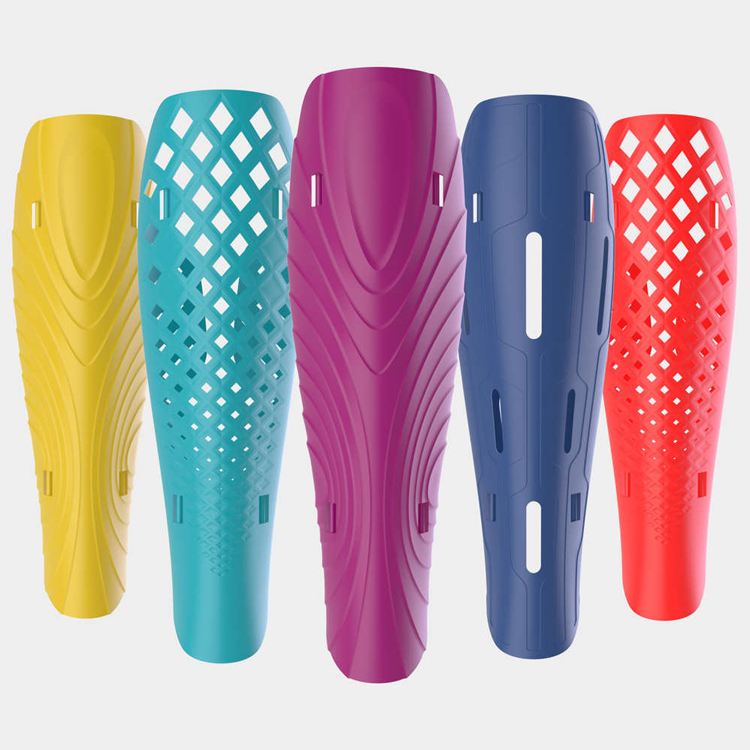 Studio Design Reality has created a set of leg covers for prosthetic limbs, which aim to increase wearers’ confidence and be “functional, attractive and a pleasure to use”.

The Limb-art collection was founded by Paralympian swimmer and medallist Mark Williams, who lost his leg in a car accident in 1982 and who came to Design Reality to help materialise the product.

The new range of plastic leg cover designs aims to instill a “sense of pride and confidence” into those who have lost limbs and need to use prosthetics, according to Design Reality.

They do not act as a replacement for a prosthetic itself, but are a “purely aesthetic” covering that goes over the prosthetic to form the shape of a leg, giving the wearer a “full body silhouette”, says Dyfan Evans, senior designer at Design Reality.

The project was born out of “three issues” to do with existing leg covers, Evans says – durability, cost and sizing. 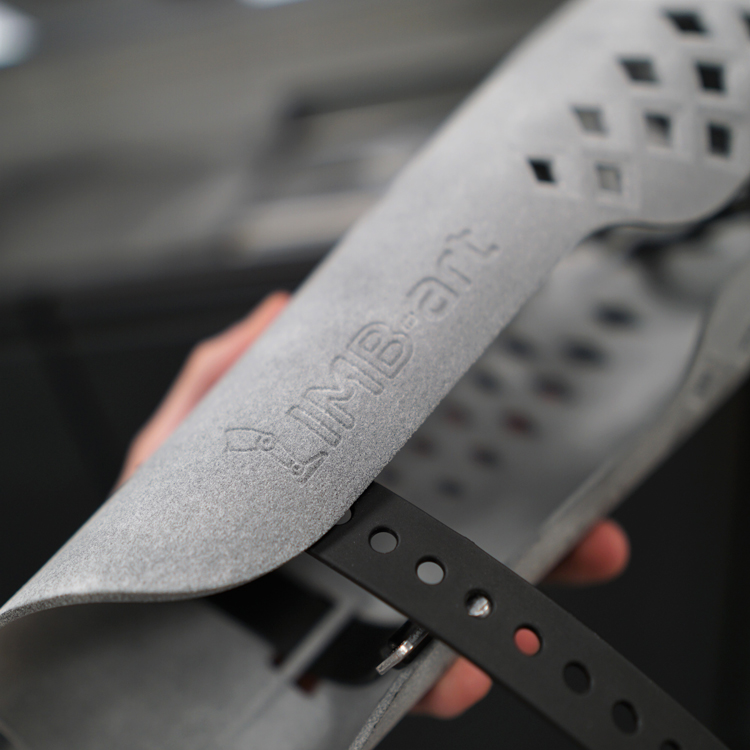 “A lot of the covers Mark had experienced were 3D-printed and because of the nature of the material, they would crack and wouldn’t handle the stress he was putting them through,” Evans says. “They would also often cost up to £1,000, and there weren’t enough sizes, such as for children as well as adults.”

Limb-art’s leg covers are also 3D-printed but rather than a liquid resin, are made from a plastic powder that is fused with a laser, making the material “incredibly strong”, Evans adds.

Four core designs have been made, including a ribbed one, one with diamond-shaped holes, one with cylindrical holes, and one plain, solid one.

These are available in different finishes, including hydro-dipped, vapour-blasted, matte, shiny and in various colours. 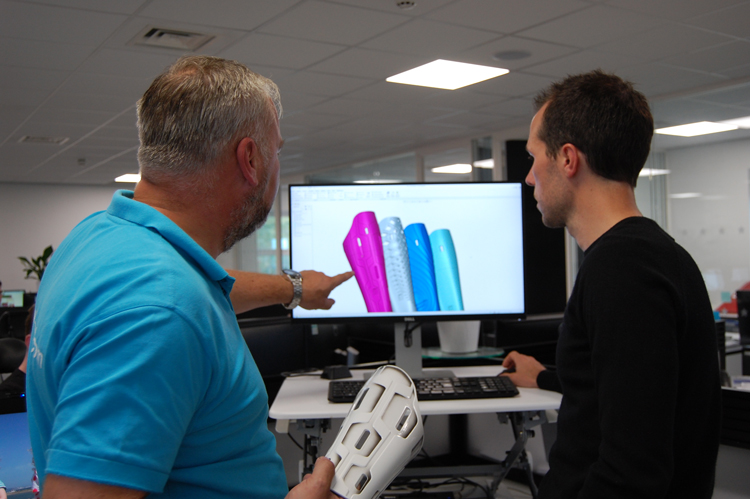 Two fits have been created for people of different shapes and sizes – a slim fit for children and some women, and a standard fit for women and men. The covers are priced at £199-229.

“We wanted to produce a range of designs that we felt would appeal to a wide range of people,” says Evans. “Mark is breaking down the taboos that surround this subject. Many people hide their prosthetics, and he is telling people that they don’t have to.”

He adds that the plastic covers give users back their “full silhouette” again, which aims to give wearers the confidence to wear clothing they may not have worn previously, such as a dress or a tight pair of jeans. He also says that the leg covers are designed to be worn on their own too, if users do not wish to cover them up with clothing.

“There has been so much development into making prosthetics technically better and more comfortable with better joints, but not in terms of aesthetic quality,” says Evans. “Limb-art offers people different styles and colours to suit them. It’s about inclusive design and using that to make functional items for disability beautiful, attractive and a pleasure to use.”

The Limb-art prosthetic leg covers are currently on sale via Mark Williams’ website. 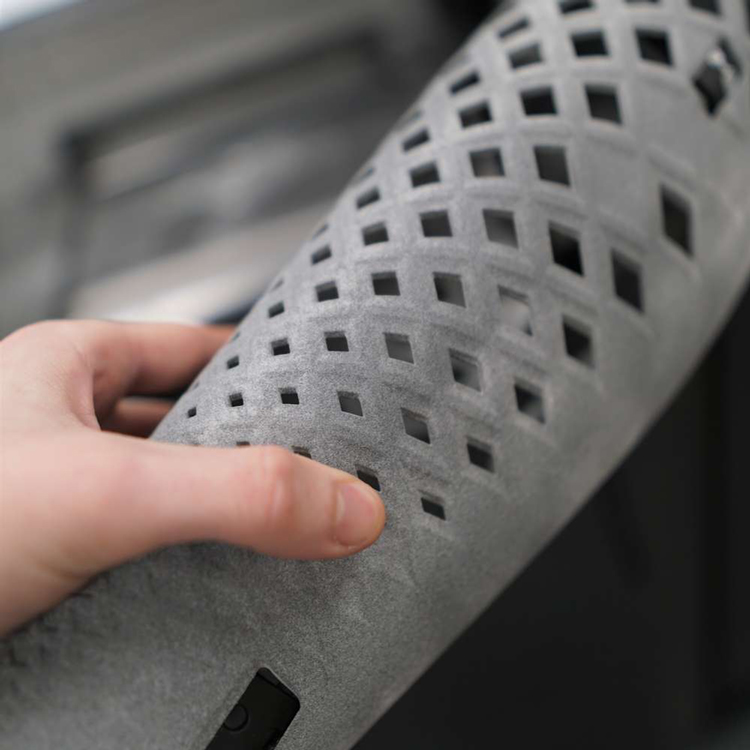