The studio has designed a new logo, tartan-inspired graphic pattern and packaging template for the independent brewery, which is based near Edinburgh.

“It was time for their visual identity to reflect their established (and growing) position in the craft beer scene, and most importantly unify the brand across their different beers,” says O Street designer Tessa Simpson.

She adds: “In a saturated beer market, they needed a standout, consistent brand, as well as a robust brand system that can grow as their range of products does.”

The new logo reworks the previous design’s ‘S’ marque but integrates hop shapes. The “clean, monoline style” was used as a way to contrast with the complex patterns used on packaging, according to Simpson.

These patterns began by layering rows of colours on a diagonal to create overlay treatment. “We took inspiration from tartan construction and created a fairly simple system of two layers of rows overlaid on each other,” Simpson says. 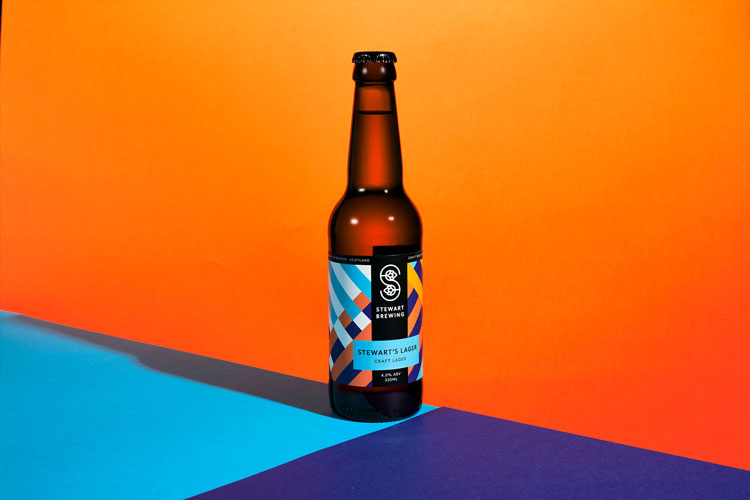 This system was then colourised using a combination of previous colour schemes and input from Stewart Brewing on the shades that “each beer felt like to them”, Simpson says.

The continuation of colour added a “feeling of familiarity” from the previous designs, the designer adds, which comprised a series of illustrated labels. Each flavour has around six tones that are used on the labels.

The pattern is also used on Stewart Brewing’s livery, rolling out across delivery vehicles as well as on signage at the brewery itself.

Buenos Aires from type foundry Luzi has been used as the typeface, chosen for its “friendly, geometric” features, Simpson says. 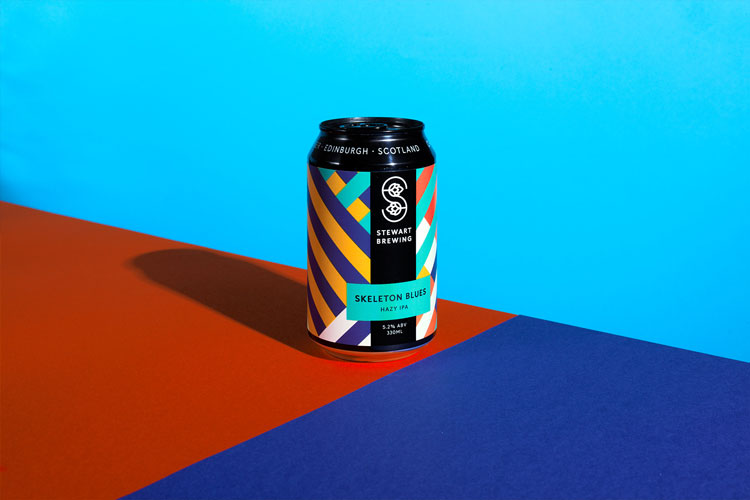 She adds: “It features several humanist flourishes like the curvy tails on the ‘a’, ‘l’ and ‘t’, which add a touch of warmth to the overall feel for the brand.”

What do you think of Stewart Brewing’s rebrand? Let us know in the comments below.