Green Man Festival, set in the leafy terrains of Wales’ Brecon Beacons mountain region, is known for its independent and community ethos.

Taking place every August since 2003, the four-day celebration of music, arts, culture, science and more has no corporate sponsors, and instead partners with multiple charities in Wales to help raise money for various causes.

This has included charity trips to Uganda for a local high school, supporting art and sports projects in Wales, and running training programs to help mentor vulnerable young adults. In the last eight years, the festival has raised £250,000 for charity. 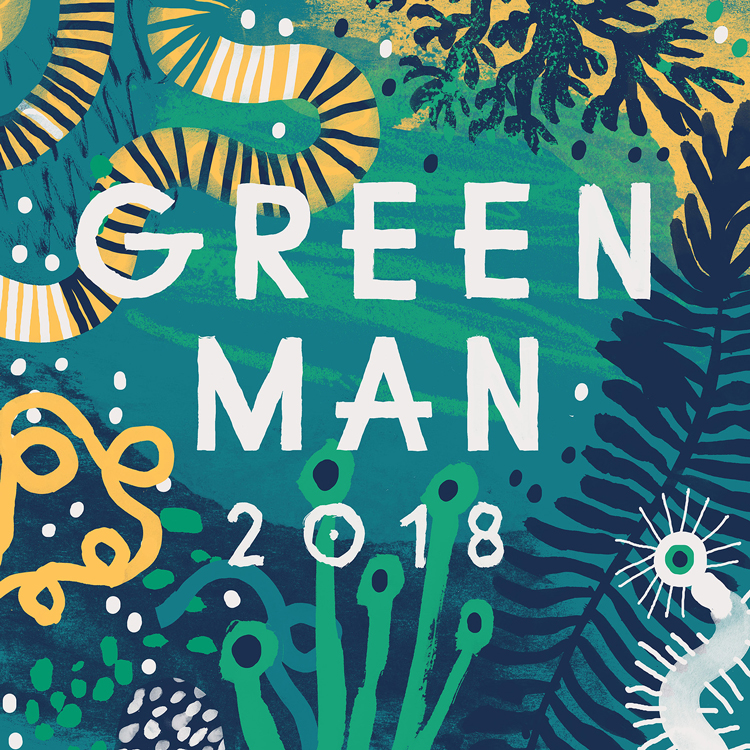 The festival is also free from advertising and VIP camp-sites, which appears to create a sense of democracy that many bigger festivals have lost along the way.

Continuing this theme of freedom and independence, every year the festival commissions a design studio to create the identity for the event, who in turn is given the autonomy to commission an illustrator to create the imagery.

A different illustrator is chosen every year, giving the festival a different look annually. Studio Bread Collective has designed the identity for the last two years, and last year chose to commission the Association of Illustrators’ (AOI) illustrator of the year, Aart-Jan Venema.

This year, Bread Collective has commissioned Sunniva Krogseth, an illustrator based in Oslo, Norway, to create a magical world through which people can experience the festival. 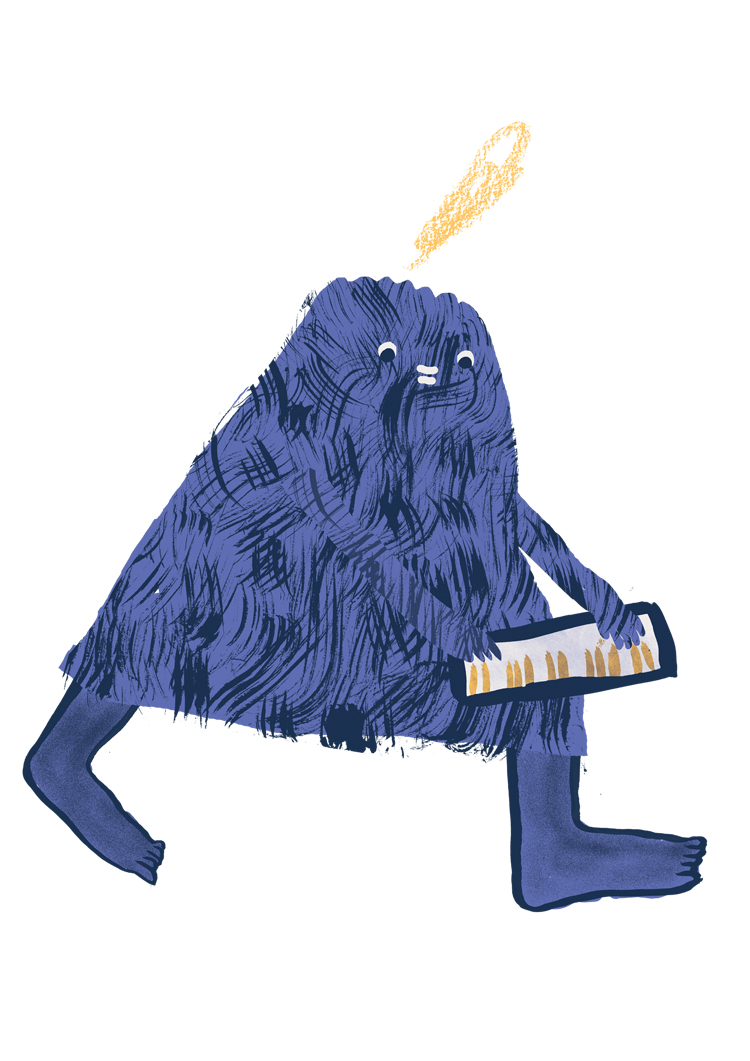 In keeping with the liberal nature of Green Man Festival, Krogseth says she was given autonomy to create whatever mythical images she wanted.

“I was asked to create a rich, mystical and playful world, that celebrated all the good things about festivals,” she says. “It was a pretty free brief, but it needed to contain certain elements associated with Green Man, like its green environment, and its hippie vibe. Otherwise, it was up to me to interpret.”

Krogseth’s make-believe world is filled with strange creatures, plants and animals-turned-people, which look to reflect the festival’s free spirit, she says. Many of her characters have been inspired by her own culture and Nordic folklore.

Living, human-like trees make it in to her illustrations, which have been influenced by late Norwegian artist Theodor Kittelsen and Finish illustrator Tove Jansson, best known for her much-loved creation, the Moomins. 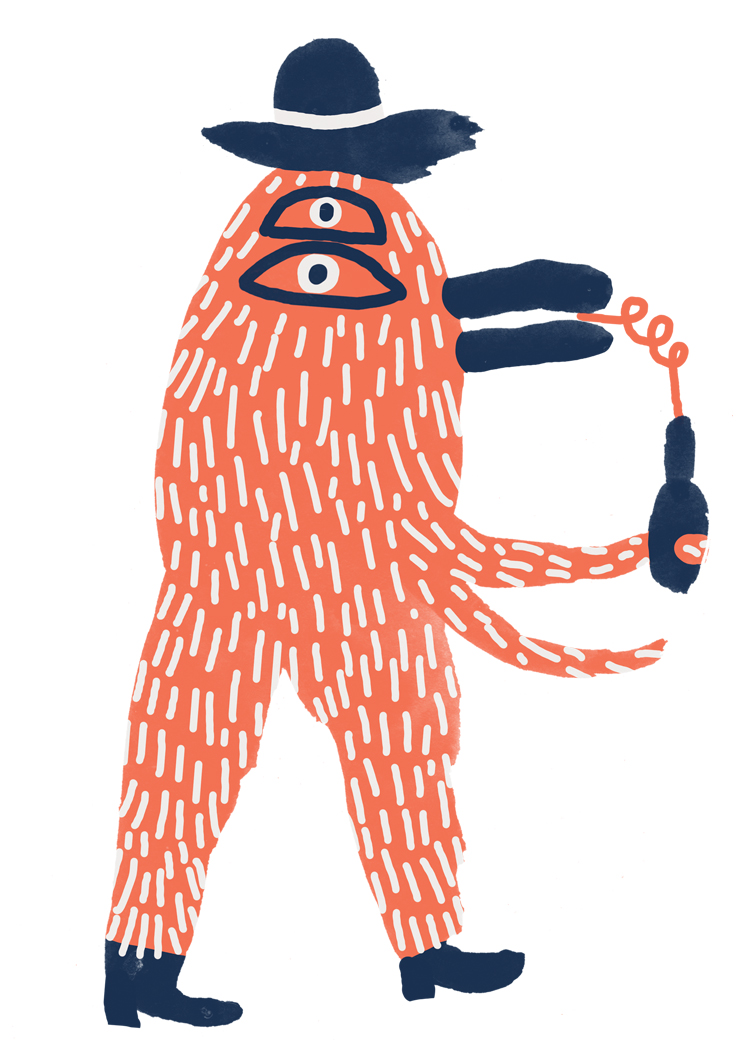 A water spirit called Nøkken, taken from folklore, has also influenced Krogseth. The character, which translates to “Neck” in English, was said to live in ponds and lure people down in the water.

The botanical feel to her work has been inspired by the illustrator’s love for plants, which she has many of in her home, as well as the nature surrounding the festival’s location. 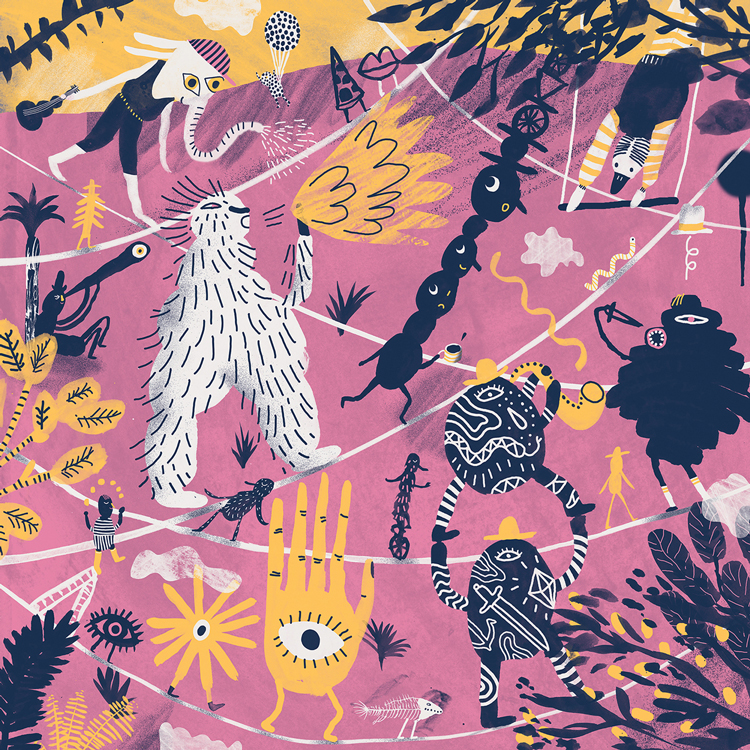 Krogseth has drawn 10 different scenes, which will be used to indicate 10 areas of the festival. Bright, contrasting colours have been used for each one, which fit in with Bread Collective’s overall identity for the festival. The areas  include Einstein’s Garden, where visitors can partake in science experiments, to Fortune Falls, a hidden-away section by a river that will host art installations and aims to be a place of tranquility.

“All of the scenes tell stories about what’s happening in those different spaces,” she says. “It’s a sort-of map, though obviously not accurate. Creating settings like these is something you would typically do for kids, so it was really fun to make a playful world for adults.”

To create her illustrations, Krogseth hand-painted using brush-ink, then digitally edited and enhanced them. She says the drawings are “like a puzzle”, putting together “different parts” to create various stories. 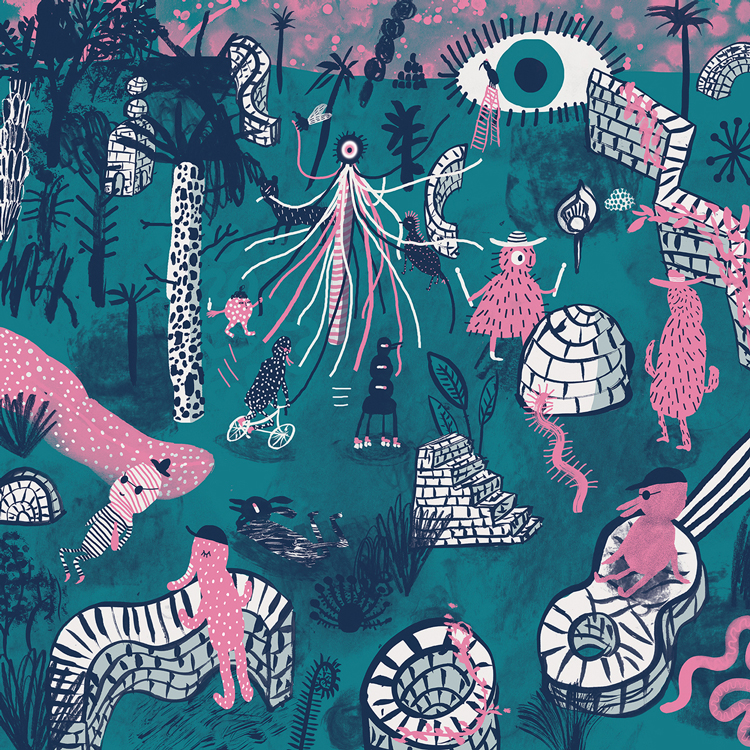 The different scenes are an attack on the senses and have a lot going on, with many colours, characters and objects interacting with each other, which was the illustrator’s intention.

“It’s playful but it’s also messy,” she says. “The lines aren’t perfect, and I like that you can see traces of the human hand, and the person who has created the illustrations. It looks youthful – I don’t think there should be certain styles for kids and for adults.”

Krogseth’s illustrations have been used across print communications including leaflets, posters, programmes and tickets, merchandise such as beer glasses and wristbands, and will feature across the festival site in the form of signage and installations. They have also been brought to life through animation for the Green Man Festival website and across social media. 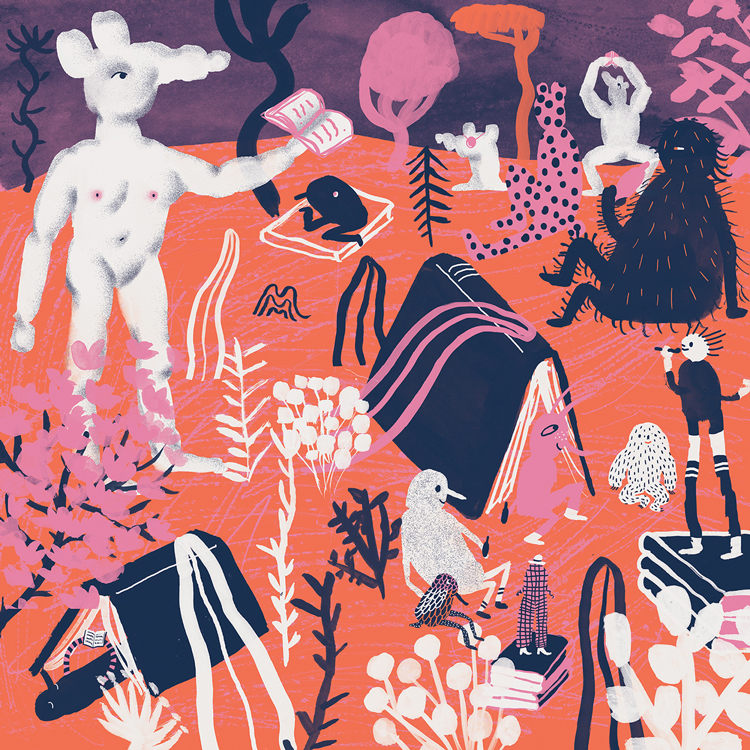 In keeping with the mysterious nature of Krogseth’s style, there is still more to uncover, with additional illustrations set to be unveiled at the festival. 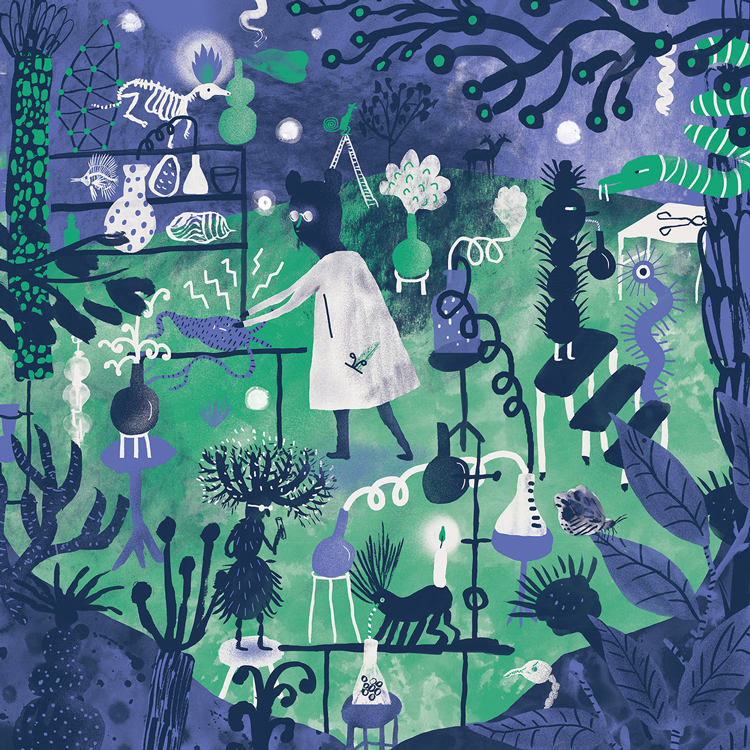 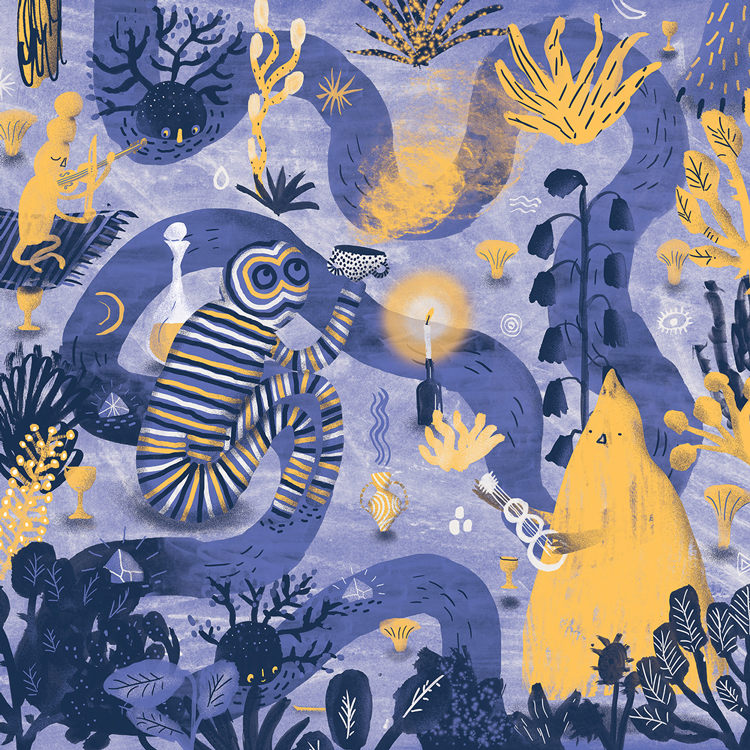 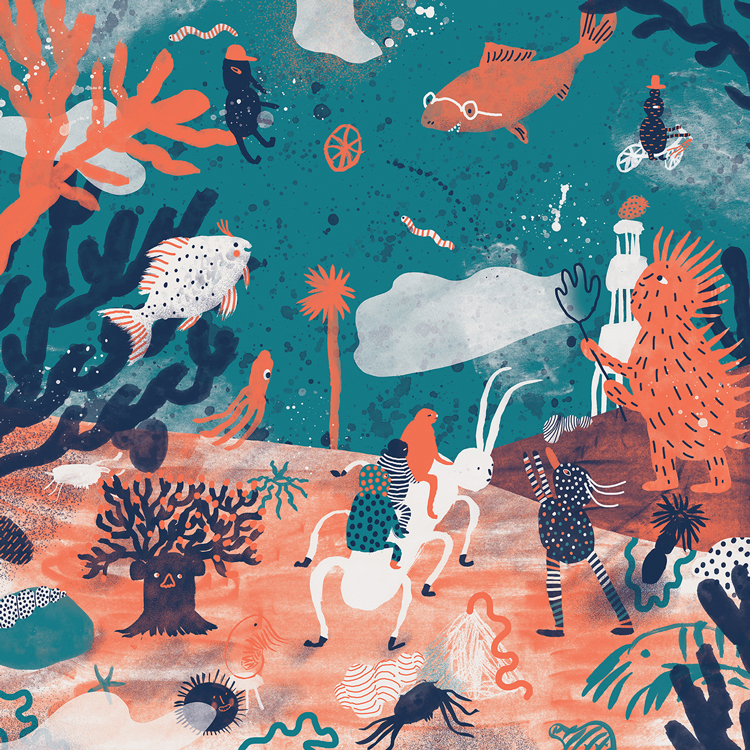 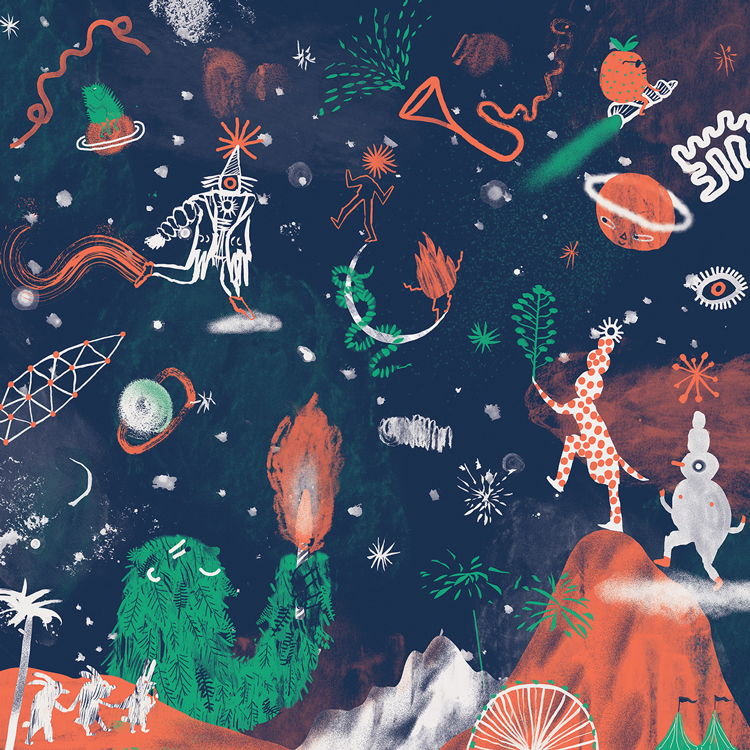 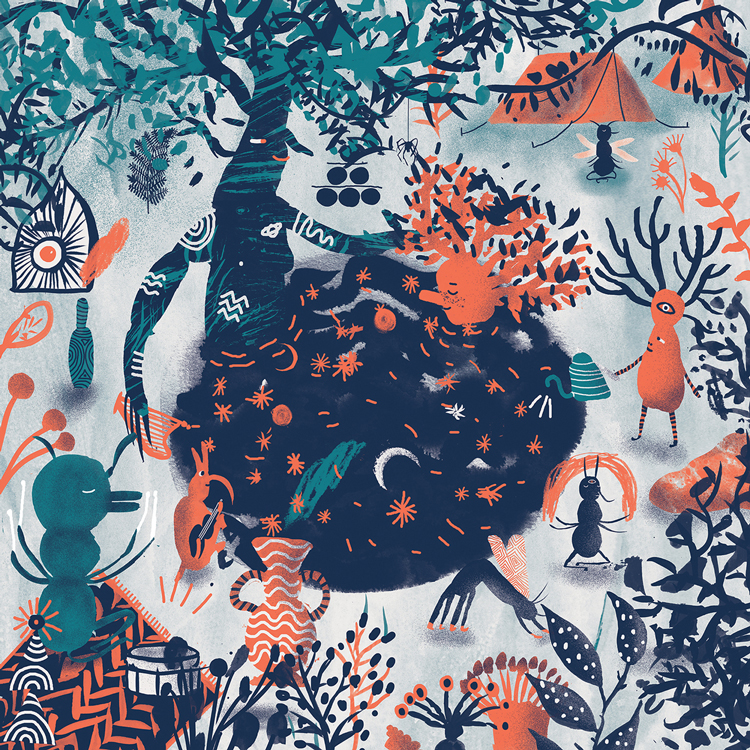 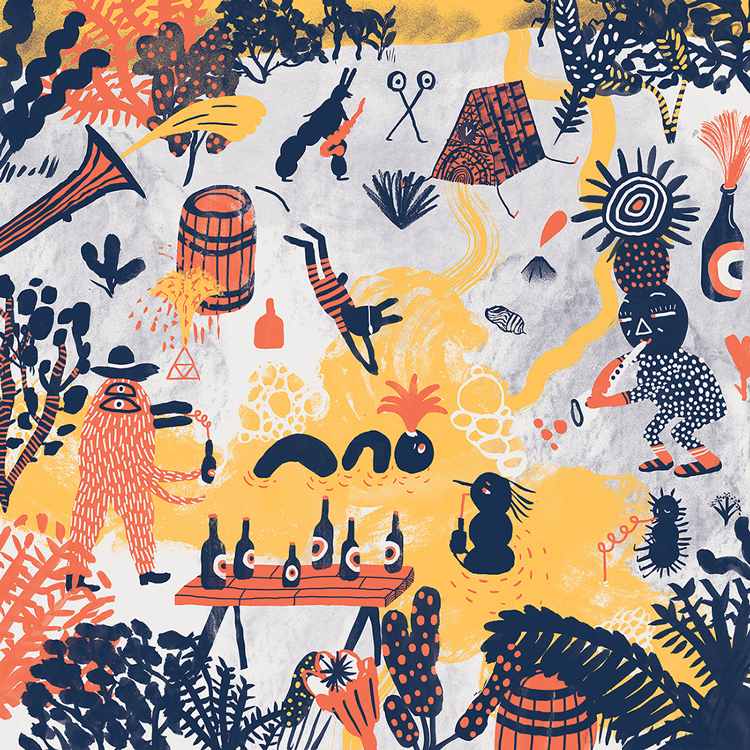 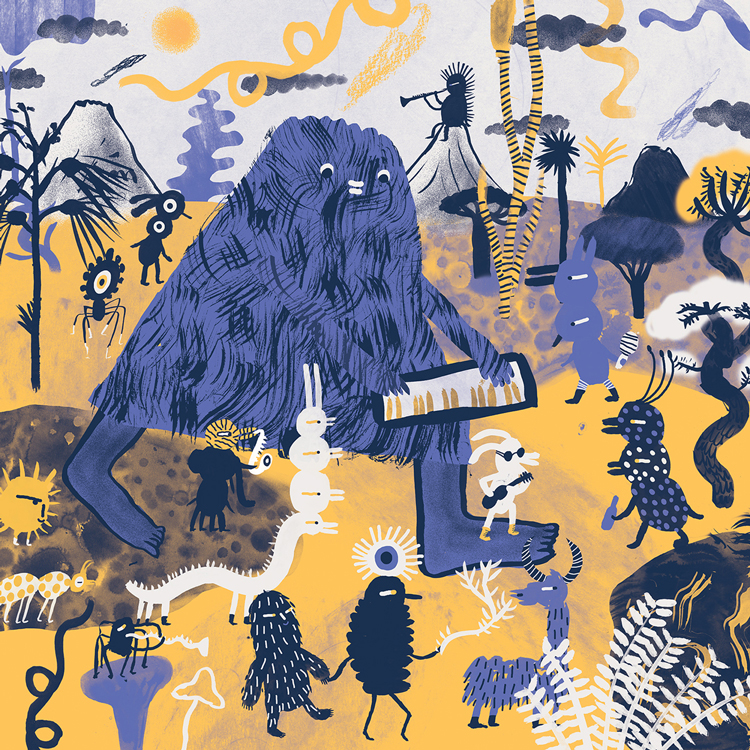 Tips on getting paid fairly as a freelance illustrator