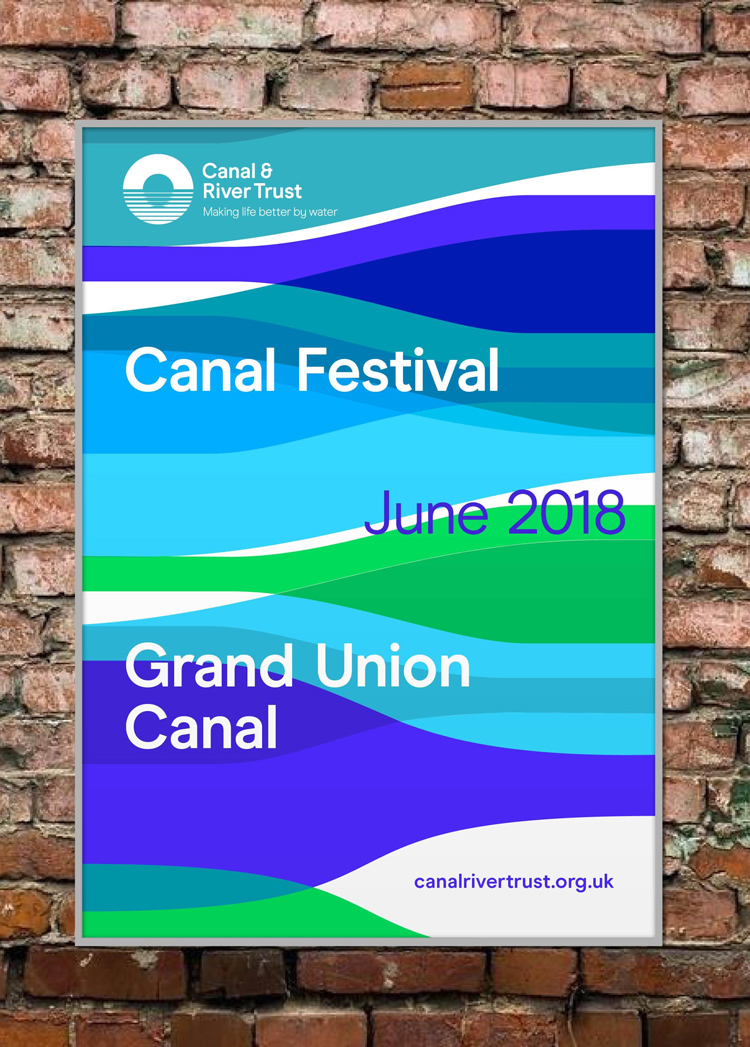 Studio Blackburn has designed a new identity for the Canal and River Trust, a charity that maintains and regenerates waterways across England and Wales.

The studio has designed a circular symbol for the organisation’s new logo, which fades off into stripes further down. This aims to represent the reflection of a bridge on a canal, as well as water ripples, says Paul Blackburn, founder at the studio. It replaces a logo consisting of a swan swimming on a canal underneath a bridge.

Blackburn adds that the new logo aims to represent the idea of “transition” – moving from “the old to the new”, while retaining the bridge element of the previous logo.

“The shape now also represents a rising sun, unity and togetherness, as well as the reflections of water,” he says. 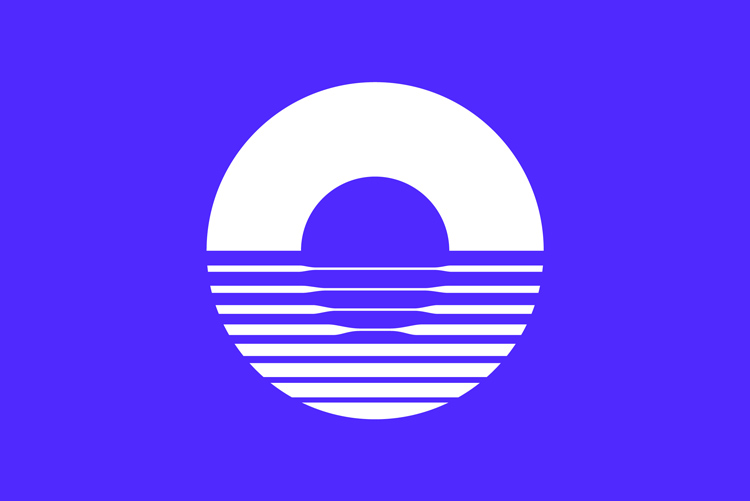 A refreshed colour palette accompanies the new logo, comprised of two blue and two green shades used alongside white. These four colours indicate water, sky, leaf and grass, with the dark blue core colour representing water. An extended palette of orange and yellow has also been used across communications, to symbolise both “land and water”, says Blackburn.

Modern Era, a “contemporary, friendly” sans-serif typeface with a “large x-height” – the height of letters minus their descenders and ascenders – has been used for the logo and all copy to provide “legibility”, he adds. 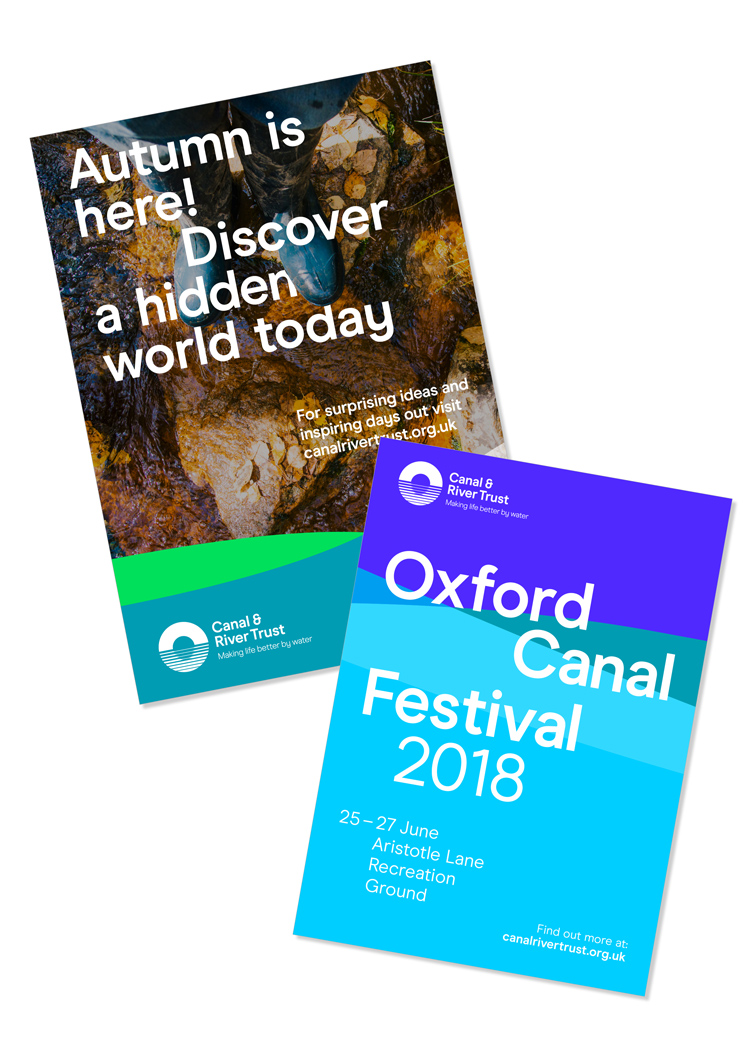 A new strapline “Making life better by water” accompanies the rebrand, which looks to represent the Canal and River Trust’s mission to transform canals and rivers into “spaces where local people want to spend time and feel better”, according to the charity.

Patterns that reflect water waves are printed on marketing communications such as posters and leaflets, alongside photography of people using canals and animals that dwell on water, such as swans. 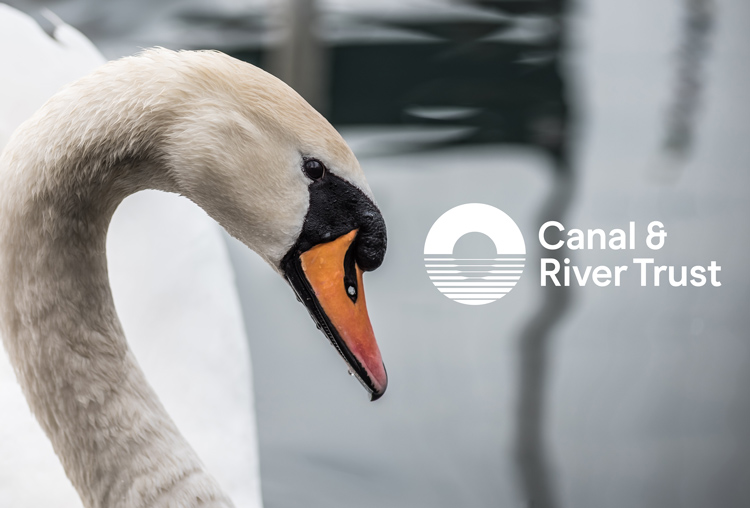 Blackburn says the new visual identity was inspired by “the [charity’s] focus on bringing waterways alive” and “encouraging communities to come together to love and care for their local canal or river”.

“We were trying to create a brand system that gives the [charity] more flexibility to develop as an inclusive, modern and sociable brand to a much wider audience, rather than the current, and inaccurate, perception of ‘those people who maintain the canals’,” says Blackburn. “Roughly half the population of England and Wales lives within five miles of a canal, so the footfall for the brand is huge.”

The new branding is currently rolling out across all touchpoints, including print marketing materials such as posters, signage, merchandise, uniforms, internal print documents, charity vans and across the website and social media. 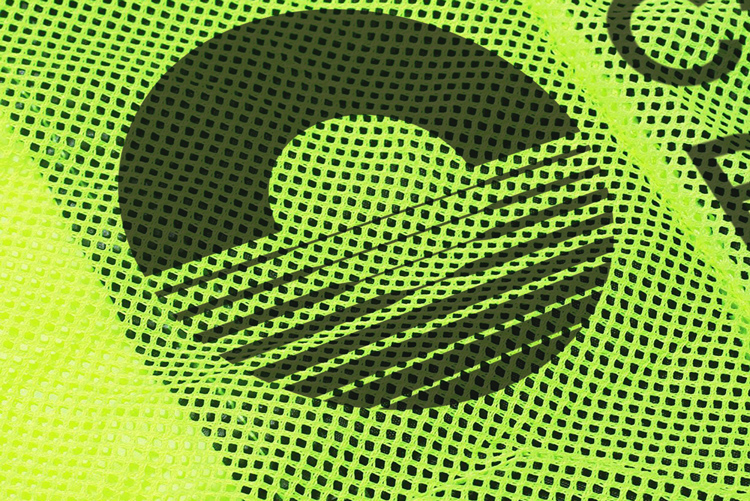 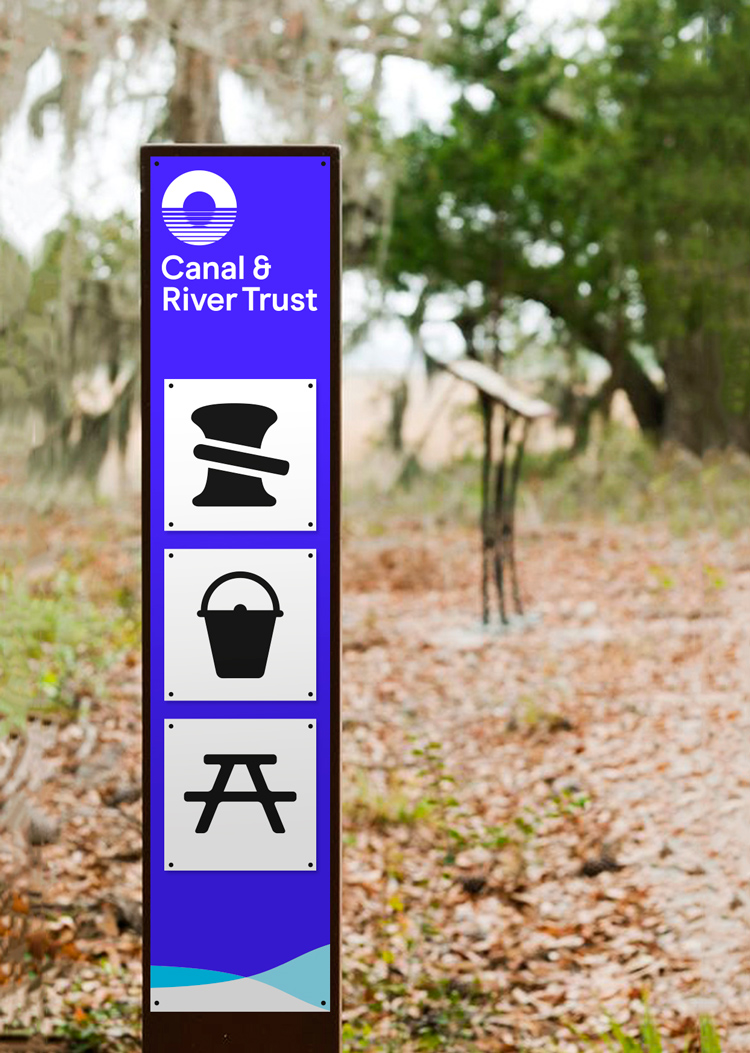 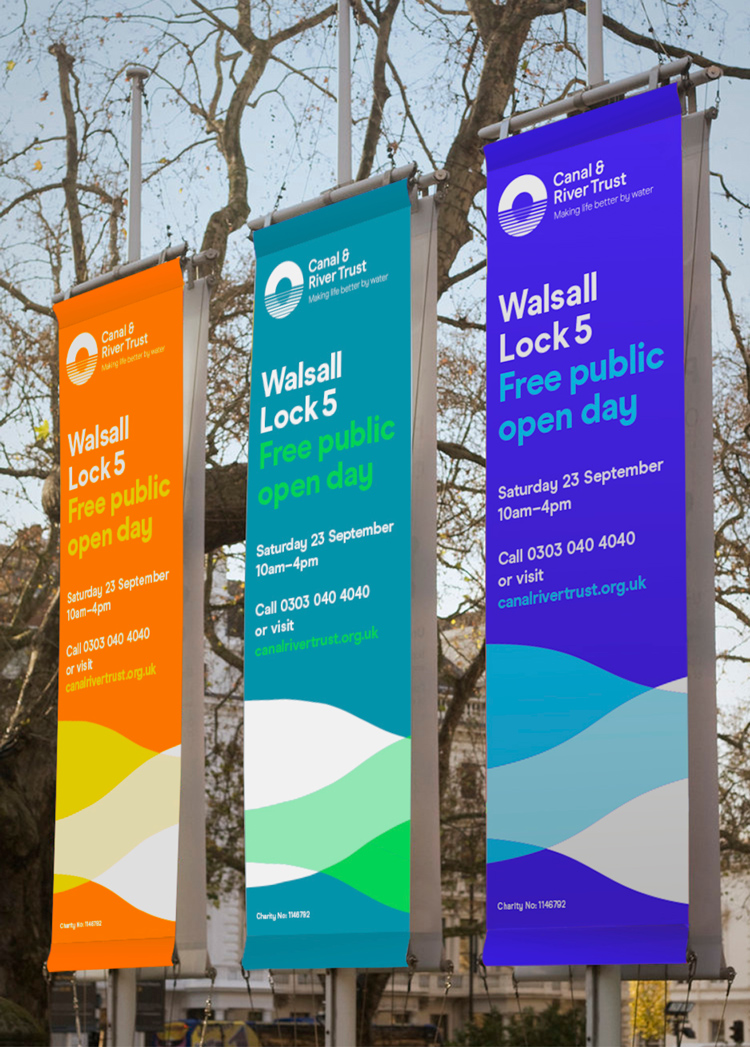 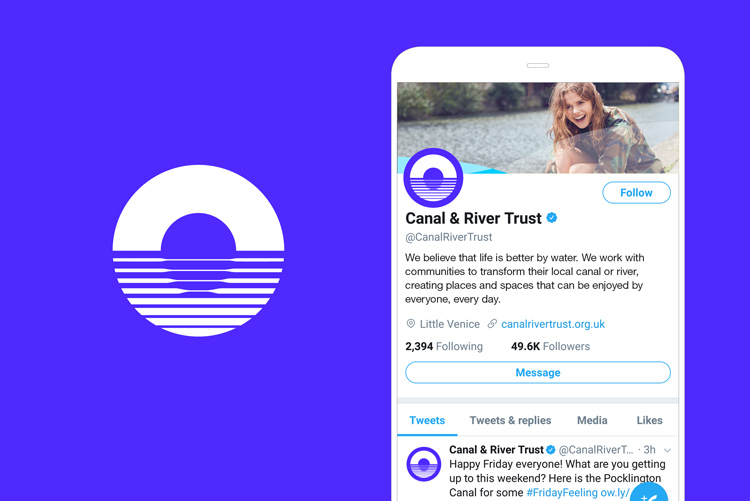 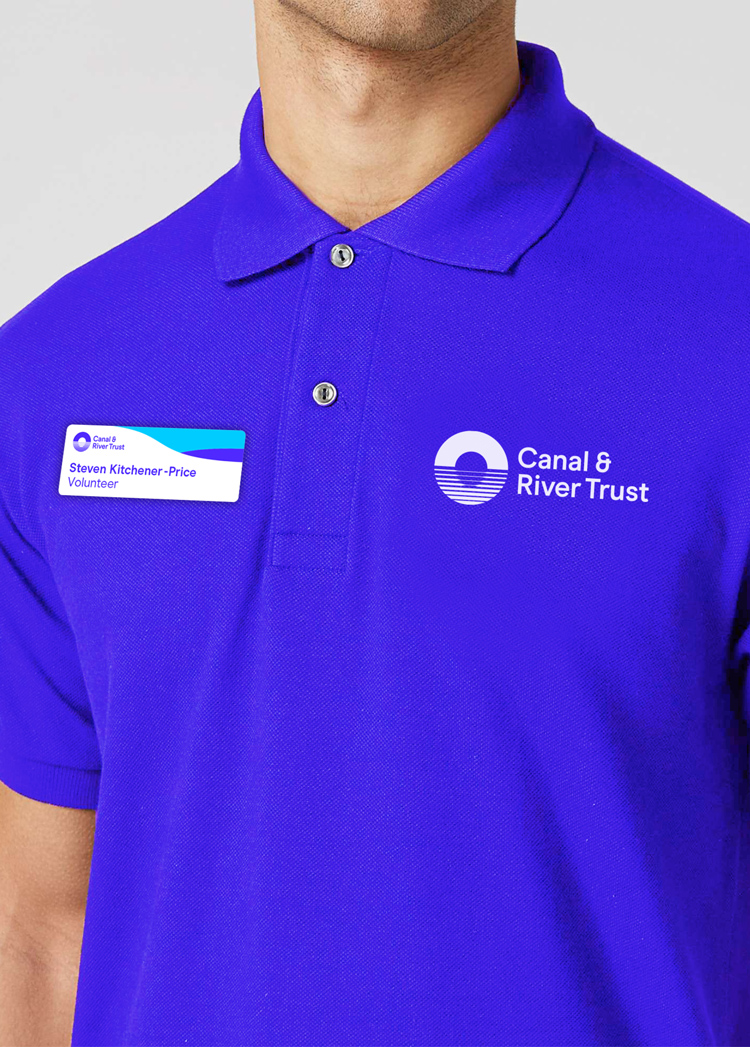