Innovation lab Space10 has launched a new visual identity that aims to “encourage experimentation and creativity” by being as “neutral as possible”.

The branding has been worked on by several studios and is a typographic design based around Helvetica, one of the most used typefaces in the world, and features a monochrome colour palette. Helvetica is already the typeface used in the Space10 wordmark. 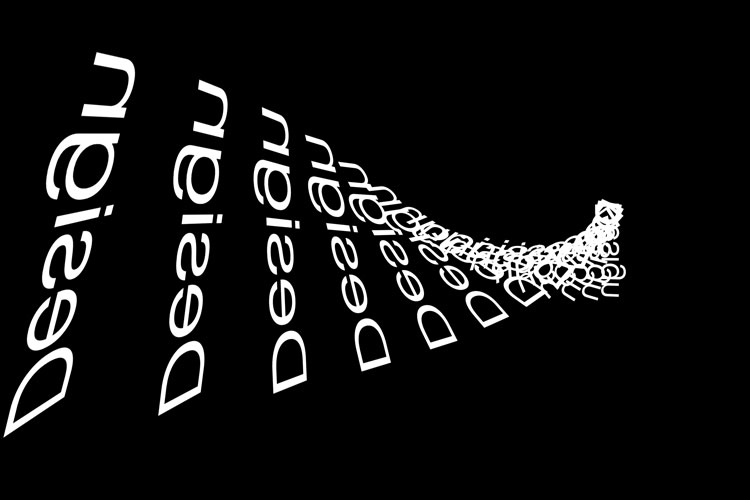 “Our visual identity should not create roadblocks”

The motivation behind such a simple identity comes from the diversity of the projects Space10 handles it says. Topics are wide-ranging — from architecture and augmented reality to clean energy and even “future-proofed” food, as Design Week discovered when we spoke to the team last year — so its visual identity needed to work universally.

“It’s important that our identity can adapt to any given context we find ourselves in,” says Space10’s visual design lead Mitsuko Sato.

But as well as being adaptable for Space10 itself, the identity also needs to be used by the organisation’s ever-growing list of collaborators. For this reason, a microsite has been launched  which will allow collaborators and Space10 designers to create a vast array of assets in line with the new brand. Sato says this is an exercise in “democratisation”.

“We don’t want our identity to shout as we work with incredible collaborators and we don’t want to take attention from their contributions, but instead create the space for their work to be showcased,” she says. “Our visual identity should not create roadblocks.” 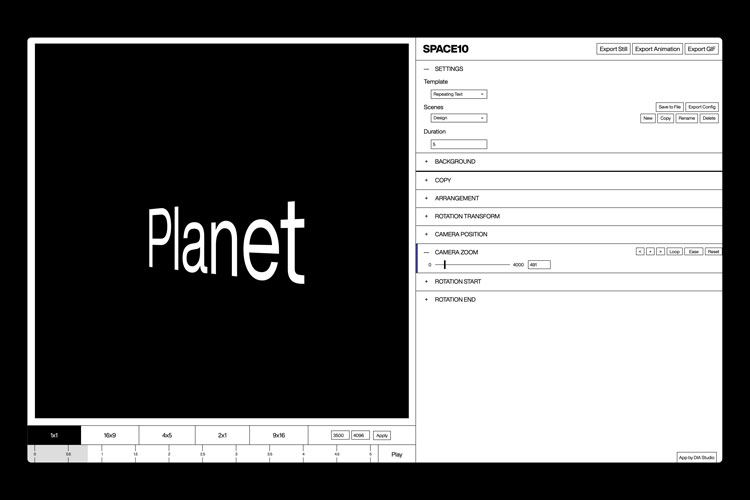 “Traditional brand guidelines are too restrictive”

As a design and research lab, Sato explains that the Space10 team sought to bring in other studios with better branding expertise.

“Seeing that we are all experts in something, opening up the brief to various studios was a natural process in getting a wider perspective,” she says. “We have this saying at Space10: ‘If you’re the smartest person in the room, you’re in the wrong room’.”

Space10 set DIA Studio with an open brief, according to managing partner Meg Donohoe, which allowed it to “push things further”.

“While consistency is critical to establishing an identity, we’ve always felt that traditional brand guidelines are too restrictive for internal teams,” she says. 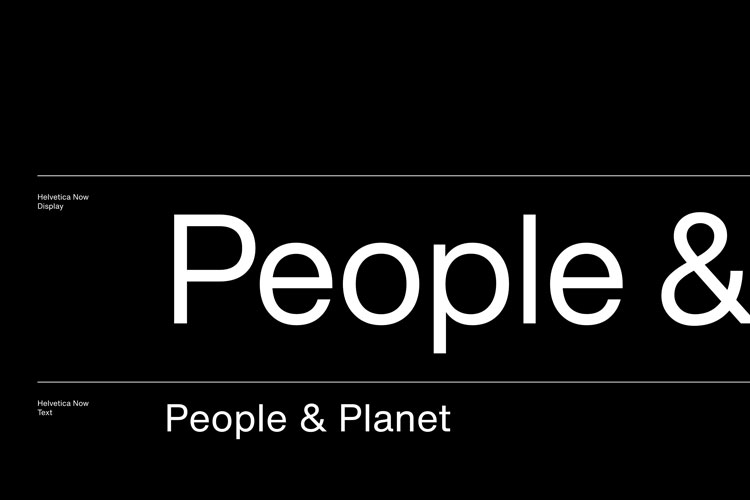 “Cinema4D, After Effects, and InDesign reduced down to key interactive parameters”

Donohoe explains that the big consideration for the work was communicability and usability. Very often, she says, typographic tools only take into consideration single words – for the huge number of use cases that Space10 and collaborators require, this wouldn’t do.

Conversely for the Space10 system, she adds that “in just seconds”, a person can input text and generate a still, movie or gif matching the Space10 brand design. Donohoe adds that the UX designed by DIA has been developed so that anyone can use it.

“The Space10 application essentially replaces a mixture of Cinema4D, Adobe After Effect, and Adobe InDesign, all reduced down to key interactive parameters to generate dynamic and informative Space10 brand content,” Donohoe says.

This frees up time for other Space10 team members who are managing high level creative tasks elsewhere in the organisation. The Space10 design team will still have access to the tool however and can use its “more robust” version to add new designs and presets to the app’s toolkit. 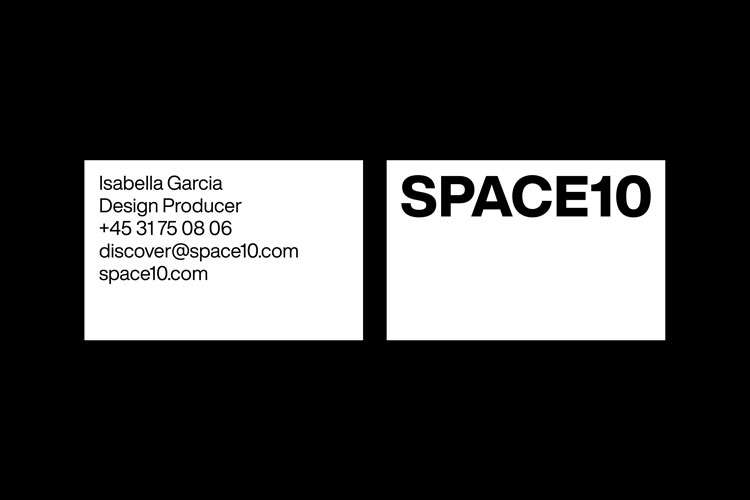 “Our field is progressing fast”

With a mission to create the simplest of identities, Sato says the key was stripping everything back.

“When you have fewer elements and distractions, what is left is really put to the challenge,” she says. While difficult, she adds that this was absolutely necessary given the ever-changing nature of design and Space10’s work. “Our field is progressing fast and therefore we have to try to foresee how an identity can transform in multiple possible futures.”

Donohoe echoes this: “Type and motion/interaction need to be central to modern brand expressions — Space10’s new identity is a perfect example of this.” 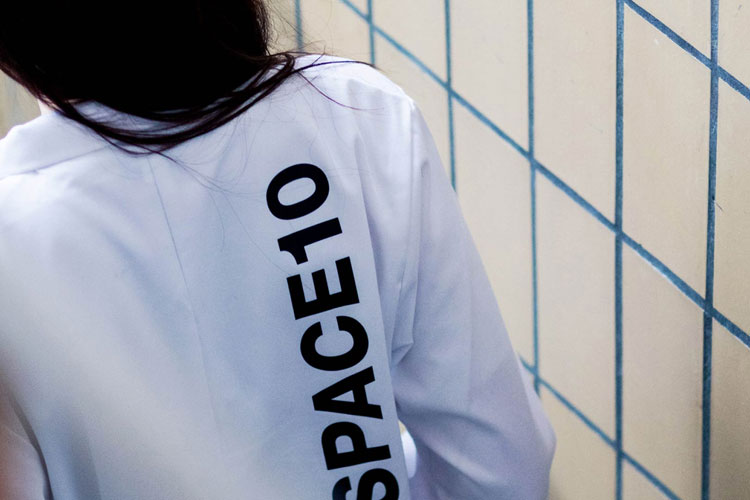