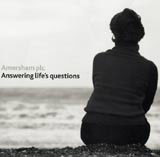 Annual reports are becoming an evermore significant part of the PR push for companies hoping to boost both consumer and investor confidence.

In the wake of Enron-esque accounting scandals, the need for corporations to be financially transparent has never been greater. Analysts will pore over the balance sheets, no matter how they are presented. But many companies are striving to show a friendlier face to the market, coupling the publication of the report and accounts with brand-building annual reviews.

‘Annual reports are the first port of call when researching a company, not the brokers’ notes,’ says one fund manager. Design is inevitably of paramount importance. But it seems increasingly subject to competing, if not contradictory demands.

Companies feel warm words and welcoming imagery will help their often beleaguered fortunes, but observers are suspicious of their motives. ‘I immediately distrust reports that look too flashy,’ says one analyst. ‘It’s like the chief executive wearing a toupÃ©e – there’s something to hide.’

With accessibility comes social and environmental responsibility, but even being good has potential pitfalls. Recyclable paper, environmentally friendly stock and a lack of bleaches are all must-haves. However, companies need to prove this is making a meaningful statement about their values.

At the same time, while reports have to grab attention, companies are loathe to be seen as indulgent or ostentatious during the economic downturn – to the extent that uncoated paper is often used, notably by charities, because it is associated – wrongly, in fact – with cheaper print.

Investor communications specialist Merchant published its Handbook, assessing annual reporting trends, last week (DW 14 November). Merchant consultant Rowena Hughes says, ‘You have to be very careful about being flash for flash’s sake. If a company has a difficult story to tell, it would be totally inappropriate to be too visually creative.’

In short, there’s a balance to be struck. ‘Companies must be true to themselves, and reports must reflect how [they’re] doing,’ says Sea Design new business manager Chris Newton, whose clients include EMI and Siemens (DW 10 October).

Examples from the US suggest a movement away from overly showy literature, according to BamberForsyth Fitch’s latest Identity Matters bulletin, which focuses on corporate reporting. Companies have been forced to trim communications budgets because of adverse economic conditions, it argues, and investor relations have suffered as a result. Many companies are simply posting black and white newsprints of the bare minimum figures required by the authorities.

‘This is a mistake, although an understandable one,’ says Devin Liddell, brand consultant with Leonhardt Fitch, one of the group’s US sister companies. ‘[It] amounts to silence, and silence is dangerously open to interpretation.’

Instead, he suggests design can help deliver the required response. ‘In times of trouble, clarity creates credibility – and credibility creates confidence. Companies cannot afford to skimp on a clear message this year,’ he says.

Merchant, on the other hand, believes US companies can be guilty of over-egging the pudding. ‘Something seems to have gone wrong with US design,’ it observes in its 2002 survey. ‘Yes, it’s bold, radical, exciting and often leaves the European eye exhausted. But it’s all rather samey – high on impact, low on substance.’

All those involved in the sector agree, however, on what is needed. ‘Honesty and transparency can no longer be taken lightly,’ says Fishburn Hedges’ Robson, who has produced material for BAA and Alfred McAlpine this year (DW 18 April). ‘By using more graphics and charts, companies can present information clearly, so readers don’t have to wade through reams of figures to get what they want.’

Openness is key, says Newton. ‘The trend is toward lots of contact details; names, numbers and photos,’ he says, adding that Sea is actively encouraging use of visual imagery, together with short bursts of copy, to stimulate readers. This, he says, is indicative of a break with City tradition, which actually benefits some designers.

‘The smaller, independent consultancies are doing well,’ he claims. ‘In the 1990s, all the big groups wanted to be safe. Now they want to be loved. They don’t feel they’ll get that within a consultancy that’s part of a big corporation.’

Concern about accounts’ trustworthiness has reinforced the primacy of print over on-line delivery as the major vehicle for corporate reporting. Consequently, there is greater interest in how to integrate the various design elements.

Add to this the increasing demand for Corporate Social Responsibility reports, and the Government’s Company Law White Paper that calls for more frequent, qualitative and forward-looking statements, as well as mooting the introduction of a standards board for annual reporting, and the opportunities for design consultancies in the field are looking up, even if the stock markets are not.

Book your place at Meeting Point