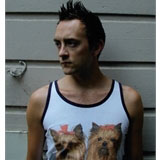 Future D&AD president Simon Waterfall (pictured), creative director of Poke, has confirmed that the organisation will become ‘fully digital’ by the end of his two-year term on the executive board.

Waterfall’s agenda, as both the newly elected deputy and future 2007 D&AD president, includes a long-term strategy to integrate digital activities into the D&AD, creating more on-line channels as the organisation expands its global remit.

‘In two years’ time there will be a fully formed digital D&AD. For example, you will be able to view lectures and digitised archives on-line. This is an ongoing strategy,’ says Waterfall.

Michael Hockney, chief executive at the D&AD, explains that Waterfall’s position will ‘ensure we are fully conversant with the whole digital world, giving us a fresh perspective’.

Waterfall was elected deputy president on 14 September following a membership-wide poll, as predicted by Design Week (DW 7 September). Next September he will replace the incoming president Tony Davidson, creative director of ad agency Wieden & Kennedy, who takes over from Dick Powell of SeymourPowell.