Urban design consultancy Publica has revealed the details of how it plans to reinvent London’s Oxford Street as the “greenest, smartest, most sustainable” district of its kind.

The “ambitious” plans include a new Marble Arch visitor attraction, a pedestrian-first approach with zero-emission transport network and play-orientated public realm interventions. The proposed solutions are a mix of long-term and short-term plans, with the first lot of works expected to begin “within weeks”.

Publica’s plans are part of a wider £235 million strategy to work with local stakeholders in a bid to improve the area. 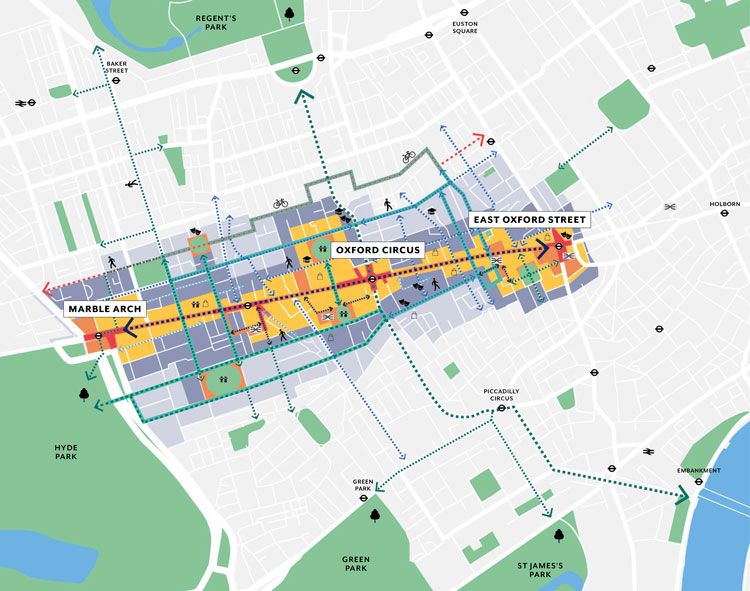 “Our plan is both bold and creative”

Publica was initially appointed to the role of design guardian for the Oxford Street area in August last year.

The ongoing coronavirus pandemic was already causing issues linked to reduced footfall at the time of the appointment. These last six months however have brought more challenges – in particular, the closure of several flagship stores on Oxford Street.

Publica and Westminster Council leader Councillor Rachael Robathan’s plan looks to reinstate the thoroughfare and surrounding streets as a “must visit” destination.

“Resetting a whole area of a major city is a huge undertaking, and our plan is both bold and creative,” says Publica founding director Lucy Musgrave. 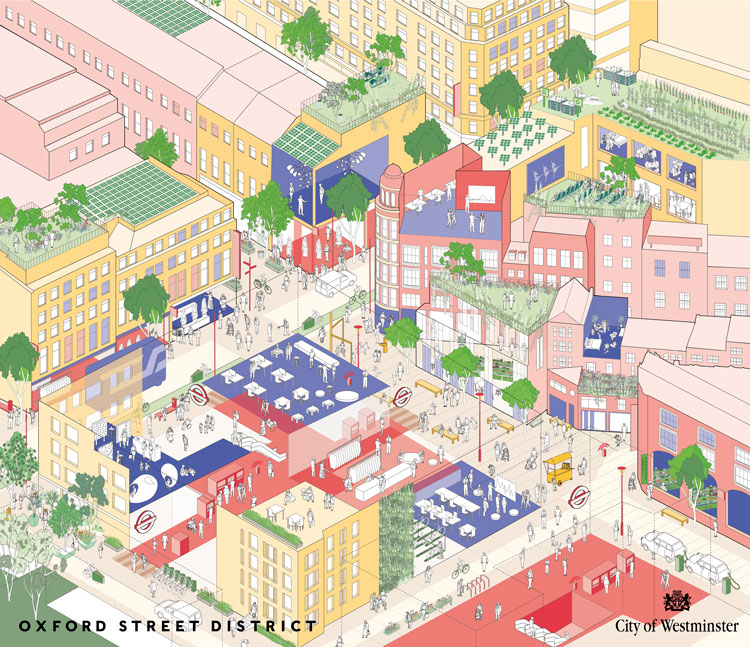 “People will come back to a very different Oxford Street”

The plans are largely divided into long-term and short-term interventions. In the short-term, Musgrave explains much work will be taking place to prepare the area for returning visitors post-lockdown.

“We’ll dress the street ready for people, so that come springtime they will come back to a very different Oxford Street,” she says. “It will be lit beautifully, it will be decluttered and there will be lots of new, green infrastructure.”

One of the flagship projects during this time will be the proposed “Marble Arch Hill”, a temporary visitor attraction designed to both enhance the landmark and better connect the street to the neighbouring Hyde Park.

While it is still subject to planning approval, Publica estimates the 25m high attraction could be enjoyed by up to 200,000 people while in operation and “support millions of pounds” in incremental spending for the local economy.

This large outdoor area will be landscaped as a space for people to gather and experience Marble Arch in a different way.

Other interim improvements mentioned by the consultancy will include additional pedestrian space, pop up parks, new lighting, landscaping and greening projects. A selection of “cultural spaces” will also be introduced. 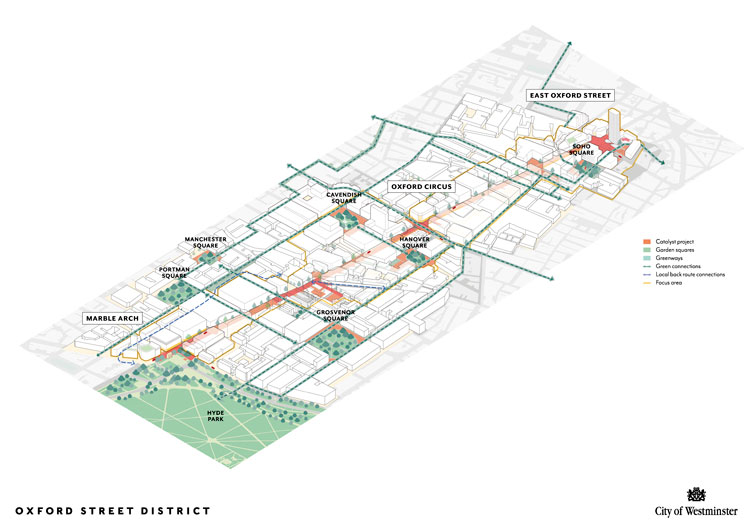 More long-term, work has been split into four main areas: greener, smarter, future and together.

Work under the “greener” banner will seek to ensure the district is a “climate leader”. Projects here will include zero carbon retrofitting of heritage buildings and delivering a zero-carbon transport network. It will also go towards recognising Oxford Street as the “green heart” of the world’s first National Park City, by integrating nature habitats into the public realm.

Meanwhile work to make Oxford Street “smarter” will include encouraging innovation through data-driven solutions, events such as hackathons to attract talent and crowdsourcing ideas, and supporting the establishment of small and medium-sized enterprises in the area, according to the plans.

“Future” is dedicated to the sustainability and long-term prosperity of Oxford Street, both on an environmental and commercial level. It aims to improve the flexibility of indoor and outdoor spaces to help them adapt to changing land use demands, creating a space that accommodates the evolving retail sector, such as sustainable fashion, and reusing and reimagining existing buildings.

“Together” commits to an Oxford Street suitable, supportive and welcoming to London’s cultural diversity. This includes the celebration of inclusion and accessibility, enabling a diverse range of cultural activities and building green infrastructure to support a circular, sustainable local economy. 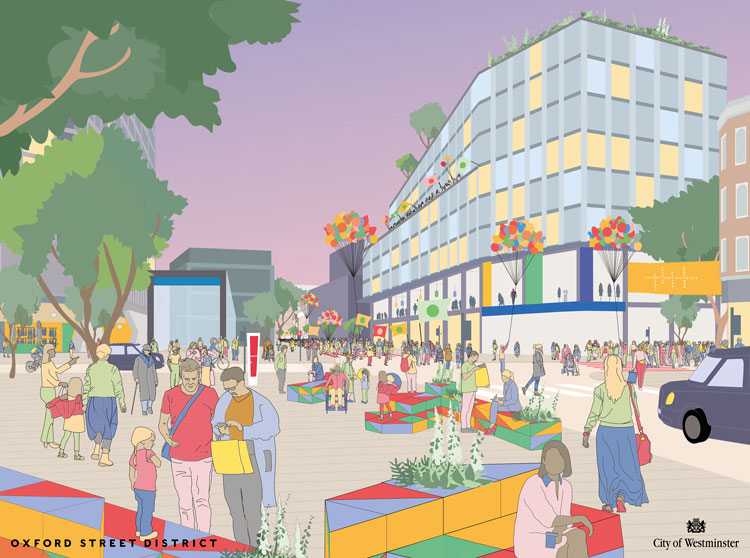 Musgrave refers to Oxford Street as akin to the “nation’s high street”. With this in mind, she says successful interventions and ideas could become a blueprint for other cities and local areas across the UK.

“It’s a toolkit of how to do this in a really high quality way. Other places will be able to learn from it,” she says.

More information on the Oxford Street District Plans can be found here.