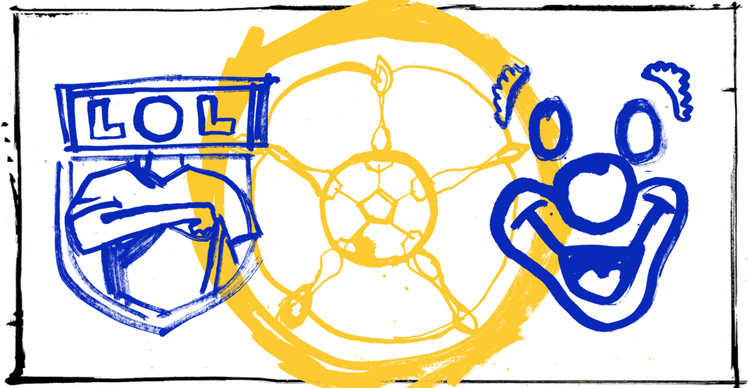 As I wind down my recent podcast interview with Mark Richardson – known in the design industry as Superfried – he touches on his personal distaste for vitriol, and over-the-top lambasting of other people’s work. In particular, he highlights the recent furore over the new Science Museum visual identity and talks about the need to consider all the factors that go into a project like this before judging it at face value. He laughs, shaking his head, as he tells me about a project of his that drew over 1,000 comments, including one minimalist verdict of “boring”.

He leaves the studio, and I check my phone. A couple of client emails are quickly submerged under an avalanche of hysterical messages, and I immediately assume there has been a wind-up – a badly photoshopped Leeds United crest. But there’s a hashtag and a sheet of white linen behind it. Then I realise one of the images is on the homepage of the football club’s official website and another sits on its Twitter account. The adrenaline starts to pump as I sit at my desk and confirm what is becoming a rapidly inescapable truth.

“I felt rage, humiliation and confusion”

By 1pm, this brand new club logo design, unveiled with the intention of kick-starting the club into the next 100 years of existence, has dissolved my day, as I feel a mix of rage, humiliation and confusion. I have felt like this on few occasions, most notably around the age of 14 when some upstart in the classroom had decided to insult my mother.

That would have been 1997, and during that Premier League season I chronicled all 38 fixtures across five A3-sized scrapbooks, hopelessly obsessed, my emotions at the mercy of 11 men I would never meet. Hand-drawn league tables, inked borders meshed together, newspaper photograph clippings and copious annotations. This was a heartfelt love letter to my football club and a subconscious interest in design.

“Your devotion to a club never dies” 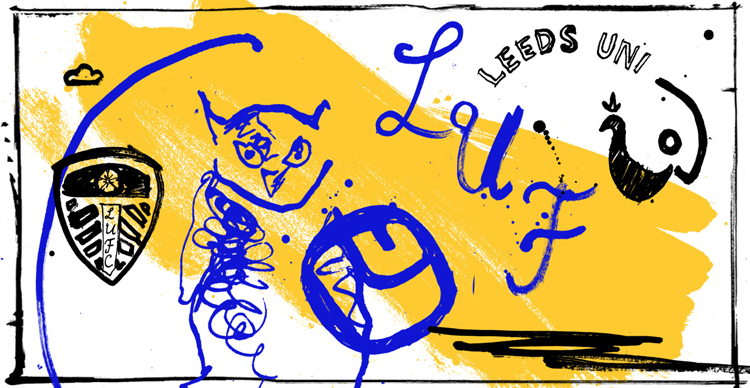 I illustrated for the club magazine for its final three years, but these days, it’s a morose, jaded relationship with little passion to speak of. The club has become a laughing stock in the game thanks to a series of calamitous financial meltdowns – but it never dies. You keep on giving a part of your soul because it’s tribal.

That’s why my day was wrecked by the logo-gone-viral episode. So I thought about it on the train home. This crest resembles a generic emblem churned out for a late 1990s simulation video game. Even then, that was down to the absence of a license to use the official one. But this is not about aesthetics, even though they were, admittedly, odd.

“Don’t blame the designer – there is a beauty to subjectivity”

The logo features no hint of the club’s heritage. The Yorkshire Rose is abandoned. I could find no nod to golden eras gone by. This wild departure had no foundation recognisable to any serious fan. While I am an advocate for risk and change, it was plain to see that the process, which claimed to have taken place with the consultation of 10,000 stakeholders, had gone ahead without any input from those who hold the club close to their hearts, and who pay a lot of money to remain loyal to their object of affection.

I wasn’t angry with the designer. To Mark Richardson’s point, we have to consider what parameters a person may have had to work with. It’s important to understand the idea and functionality. Even then, the most beautiful thing about any art form is the lack of right and wrong in subjectivity. So lambasting that person or condemning their work is futile and immature – constructive discussion and opinion however, is healthy.

I tagged the club on Twitter and told them how I felt. Having spent hours as a school child drawing the two club crests that I have known and loved as a football fan, I understand what a logo can mean to people. We enter a minefield when it comes to redesigning things with such a gargantuan public profile. In professional football, we arguably have the most passionate fanbase of any business or organisation.

“This wasn’t about distaste towards a typeface”

I received genuine sympathy and confused questions from friends supporting rival clubs. Within 24 hours, the crest was gone from the club’s website and Leeds United announced they would be rethinking the logo in light of a 70,000 strong petition against the design.

This wasn’t about distaste towards a typeface or outrage at the choice of yellow. It was dismay at the flippancy with which the crest was landed on unsuspecting fans, and the explosion of quickly-produced parody versions landing in our inboxes.

It highlights the gaping divide between those who run the game and those who follow it and that makes me sad. It is not yet clear how many people were behind this final piece of crowd-sourced disaster. But ultimately, while there is never a need to attack designers with distasteful vitriol, there is always a need to think about what devotees want from a brand. If ever there was a lesson for the importance of understanding an audience during the design process, this was it.