If it were not for the coronavirus pandemic, the coming weekend would have marked the 50th year of Glastonbury, the UK’s largest music and arts festival. A nationwide lockdown in the face of the virus means the five-day celebration has been cancelled this year, along with the rest of the country’s summer events calendar.

But while no festivalgoers will be getting muddy in 2020, the occasion will be marked by the V&A. The museum is hosting a seven-day online celebration of the festival this week, which will come complete with explorations into fashion, sound and stage design, as well as the history of the festival itself. It will also be the start of a much larger database project which seeks to comprehensively map five decades of Glastonbury. 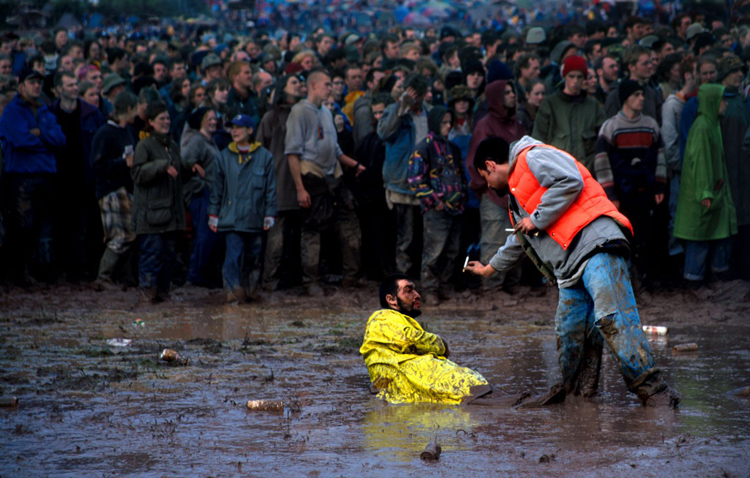 The V&A is home to the UK’s Glastonbury Archive, and has since 2014 worked with festival organisers to expand the collection. In those six years, the 50th anniversary was “always in everybody’s minds”, according to V&A curator of theatre design and scenography, Kate Bailey.

For the past year, Bailey adds, the V&A team had focused attention on creating a digital project based on the archive in preparation for the birthday. The onset of the coronavirus pandemic and subsequent lockdown only served to make this work more relevant, she says.

“I remember reading Emily’s (Eavis, co-organiser of Glastonbury) post saying the festival had been cancelled, and it was quite early on in the timeline of the pandemic,” Bailey tells Design Week. “It was one of the first things that really got cancelled – and there was a realisation then that we needed to do something with this situation.” 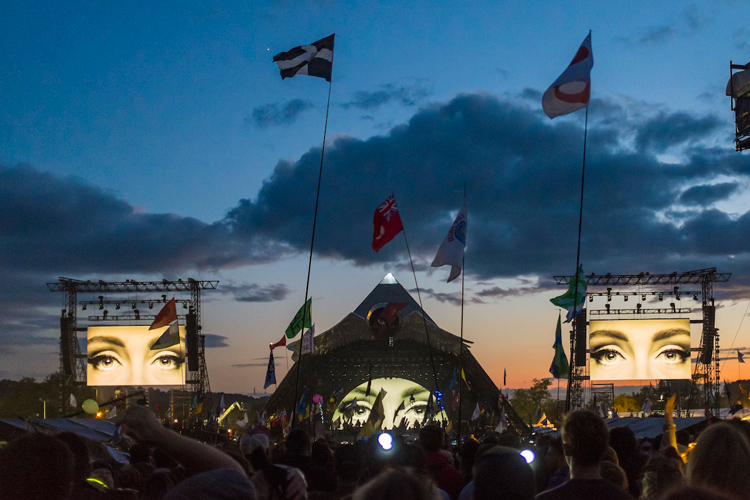 “We were very keen for designers to get due attention”

Across the week, fans of the festival will be able to access a series of different Glastonbury-themed content, based on the museum’s archive.

A feature on fashion, for example, explores the range of sartorial choices found in the fields over the years. It follows the timeline from the flowerchild scenes of 1970s, through to punk and new age traveller garb and more modern festival styling.

Additionally, it examines the fashion choices of performers, with a notable mention given to the stab-proof vest emblazoned with a Union Jack worn by Stormzy last year, which was designed by Banksy. 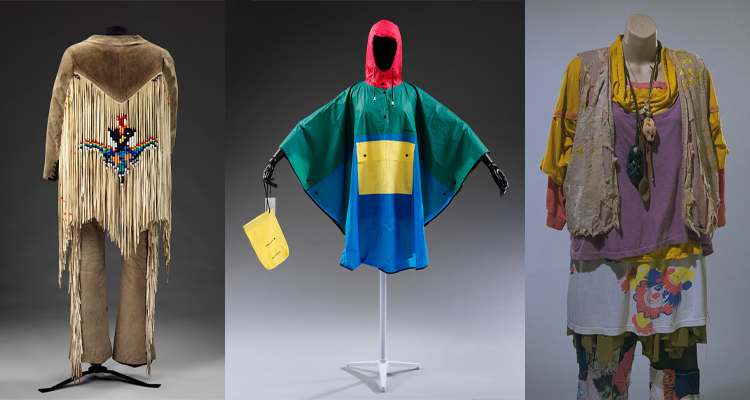 Another focus of the collection is stage design. Curators have charted the evolution of the iconic Glastonbury Pyramid Stage, which made its first appearance at the festival in 1971 and has since then undergone periodic remodelling in line with technological and stylistic advancements.

Highlights included in the gallery include Es Devlin’s multimedia canvas for Adele in 2016, the six-tonne kinetic phoenix which topped the stage for the Rolling Stones and Misty Buckley’s Croydon Brutalist-inspired stage design for Stormzy last year. As Bailey explains: “We were very keen for designers to get due attention and focus, because usually everything is about the bands.”

Further coverage is also given to stages beyond just the Pyramid, including Block9 and Shangri-La. Fans of the latter can also experience the stage from their homes the following week – as Design Week reported earlier this month, the creatives behind the Glastonbury mainstay will be launching the world’s biggest VR festival in July. 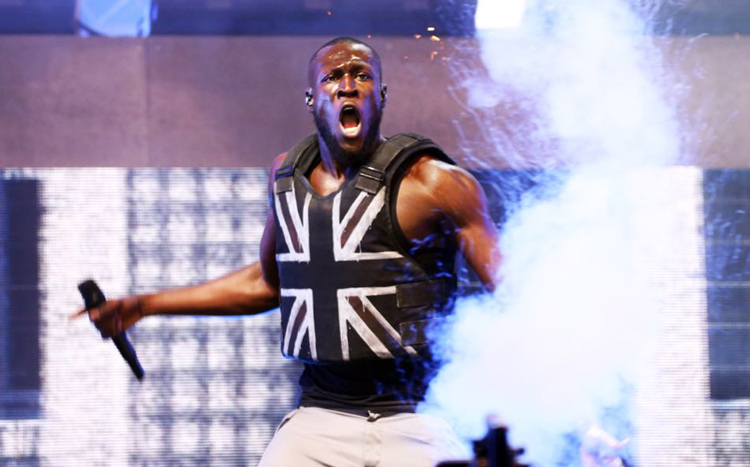 One element that Bailey expects will get many feeling nostalgic is the binaural soundscapes that have been produced by sound designer Gareth Fry.

The seven-minute piece has been specially commissioned for the celebration week, and includes recordings from across the festival with the aim of representing “a day in the life” at Glastonbury. These recordings include snippets of conversations, sound checks and even sunrise at the Stone Circle.

“Gareth’s work will be a great way for people to trigger their own festival memories,” Bailey says, since these sonic reminders will be familiar to festivalgoers but not the kind of thing that would have made it onto television coverage.

Additionally, playlists have been created as another element of audio and the museum’s #LetsMakeWednesday challenge this week will similarly be focused on “flag making, fashion creation and at home music innovation”. 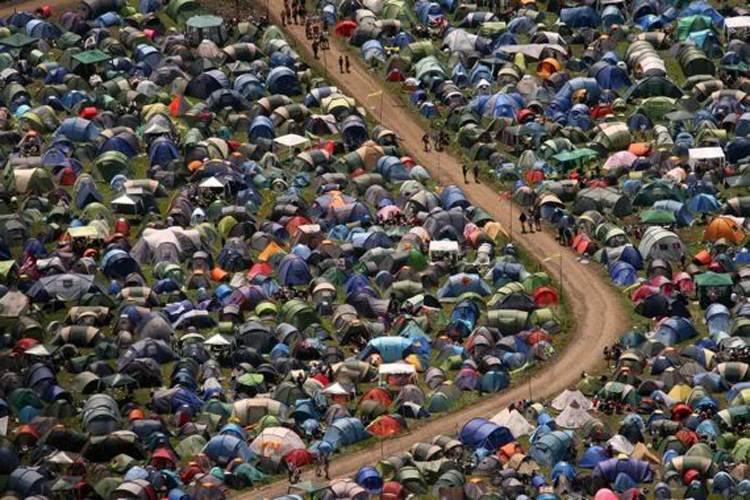 Going “beyond just the Pyramid Stage”

While the schedule for the week promises plenty for fans and would-be festivalgoers to explore, Bailey is quick to point out the online celebration is only “scratching the surface of what is to come later”.

“We haven’t physically got access to our collections at the minute – the museum is closed, the archive is closed,” she says. “Everything we’ve done has been pulled together without being in the physical space, and that has been a rewarding challenge to work with.”

One thing that will continue to grow over time, Bailey says, is the museum’s extensive Glastonbury database, which aims to “network, trace and thread the different years, performers and stages” so as to build a 360-degree map of the festival’s 50 years. 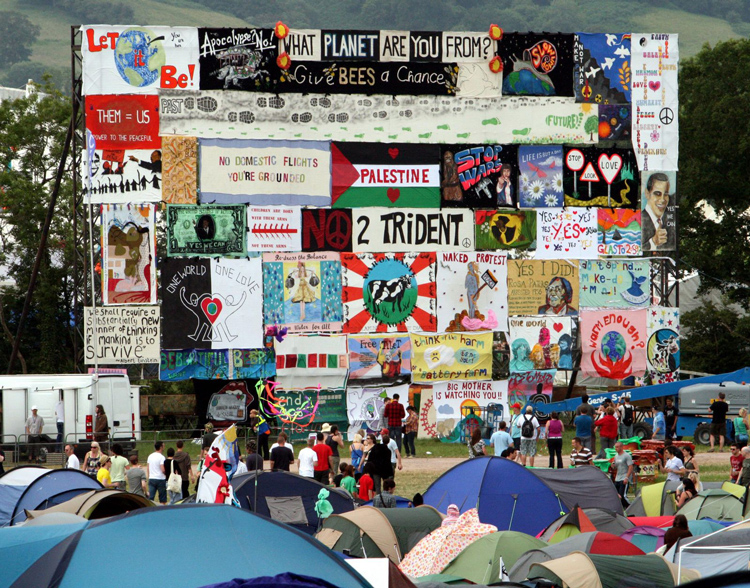 For this reason, the museum is asking all willing previous attendees to share their memories. It is hoped that with extensive contributions from the public, the online platform can “go beyond just the Pyramid Stage”, Bailey says.

“What we realised early on in our mapping is that public memories are really important to the narrative of Glastonbury – this way we can physically map what has happened, as well as what people thought of it,” she says. “It’s as much the festivalgoers that make the community as it is the performers.”

The overall hope for the curation, Bailey says, is that it “enriches” the Glastonbury experience, while providing context too. As for how the archive will be used post-lockdown, we will have to wait and see, but Bailey ends: “Watch this space, more is coming.” 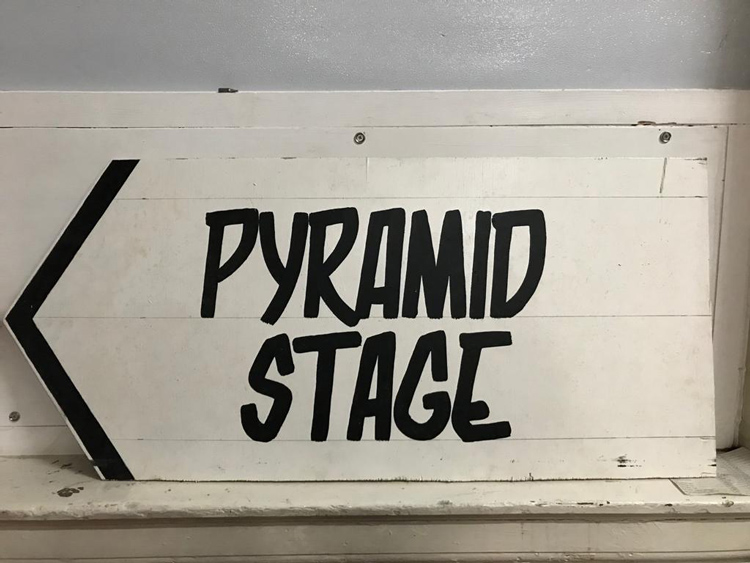