Skep Studio has unveiled the “world’s first truly limited edition” typeface, which it says will only ever be in the hands of 50 designers or studios.

Boke is an uppercase-only, condensed bold typeface, inspired by classic woodblocks. It comes in two weights – bold and italic – and is free for the first 50 people who wish to own it.

Crucially, Boke will never be available for digital download, according to the studio. Instead, it will be physically shipped to its select owners in a hand-numbered box containing a USB stick. 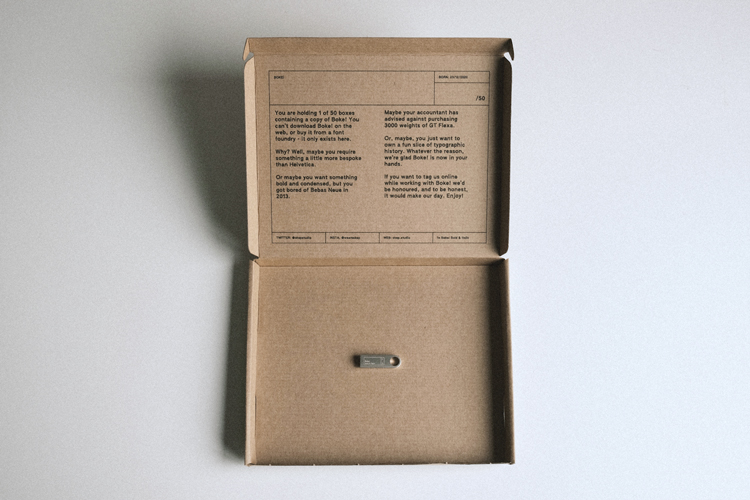 “A unique set of type blocks”

The inspiration behind creating such a “one of a kind” typeface came from a set of wooden type blocks that Skep co-founder and creative director Chris Smyth brought off eBay.

“Years ago, I bought a crazy old box of wood type blocks and truth is, I never used them,” he says. “But what I loved about them was that over decades of use, the blocks had been slowly damaged and altered leaving what really was a unique set of type blocks.”

This unique set was where the idea for Boke came about, he says. 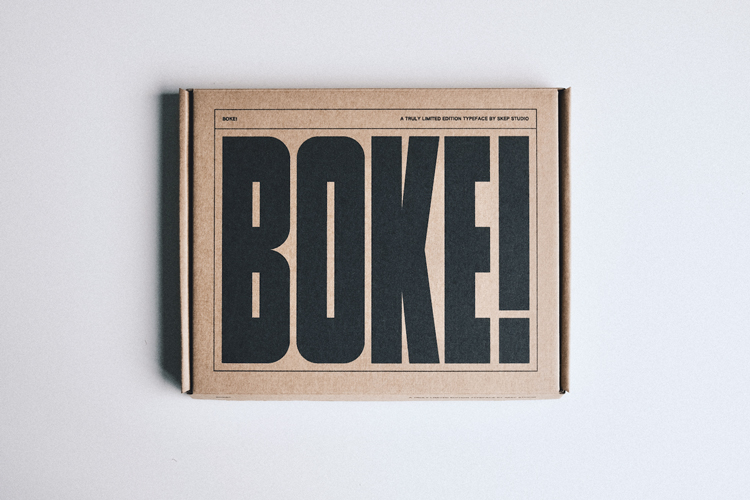 Boke is based on that block set, Smyth says. The team kerned it out of the box to “appear as close to a block-set as we could get”, he adds.

Like any typeface project, attention was paid to how the letters would exist in a digital space – in this case while still capturing the personality of the woodblock style.

Owners of the typeface will also be able to see it on the box it gets delivered in. 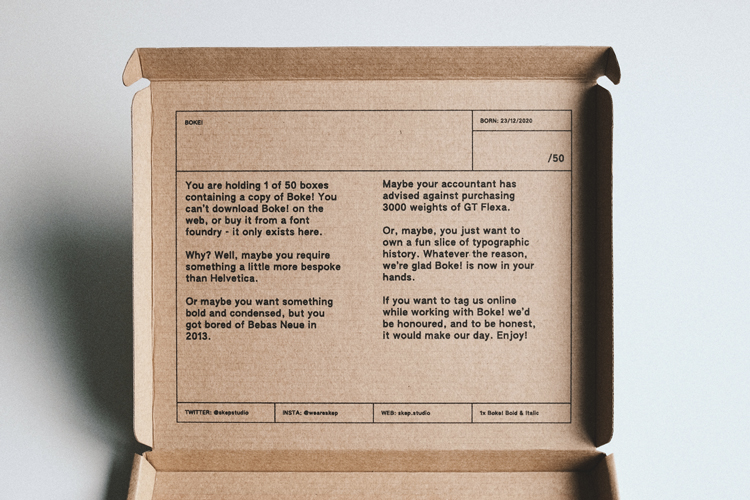 “Here you go, it’s yours, make something cool”

As for why the team has gone down such an unconventional route to make Boke scarce, Smyth says it’s about individualism and “following our own creative paths”.

“This felt like the closest we could get to knocking on your door, going to your machine, installing Boke, and saying ‘here you go, it’s yours, make something cool’,” he says. “If we could be that personal, and give it truly as a gift, we would.”

Unlike NFTs, which Design Week wrote about earlier this month, the point of Boke is to share the “joy of limited edition” with people who don’t necessarily have hundred or thousands to spend, Smyth says.

“It’s very intentionally analogue, non-NFT and scarce,” he says. “We had this idea before NFTs blew up of making a typeface that felt ‘rare’ and ‘ownable,’ so you knew that even if this typeface became the next most-trendy typeface in existence, you wouldn’t be seeing it used everywhere.”

The joy of Boke, Smyth adds, will be in knowing it’s not part of a “huge popular trend”, but rather a “piece of typographic history”.

“We just want to see what they do with it,” he says. 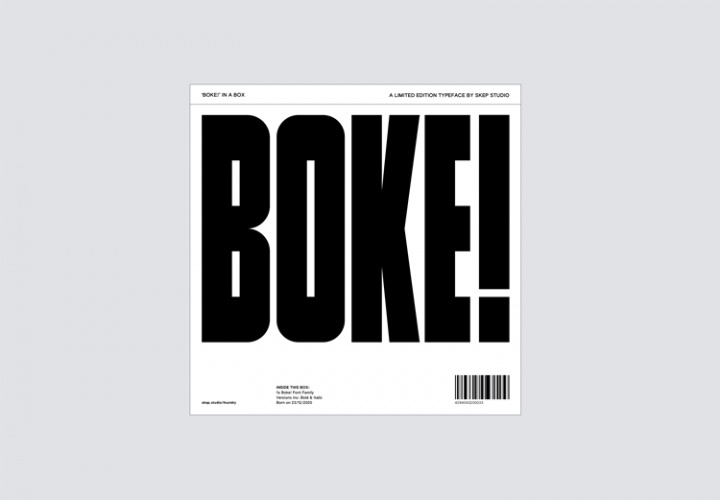 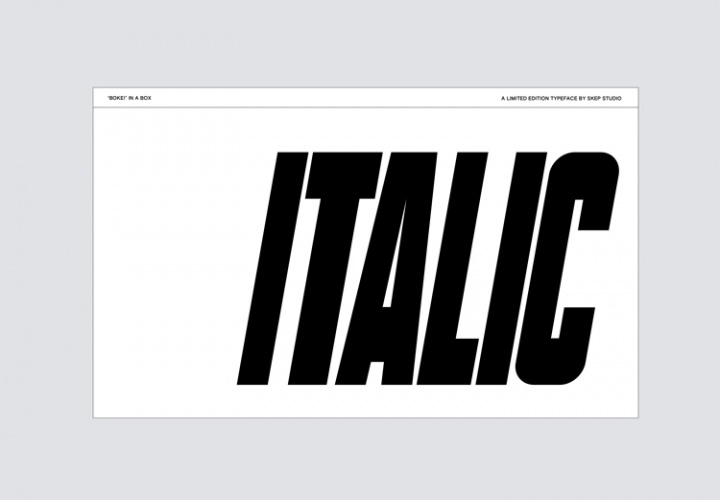 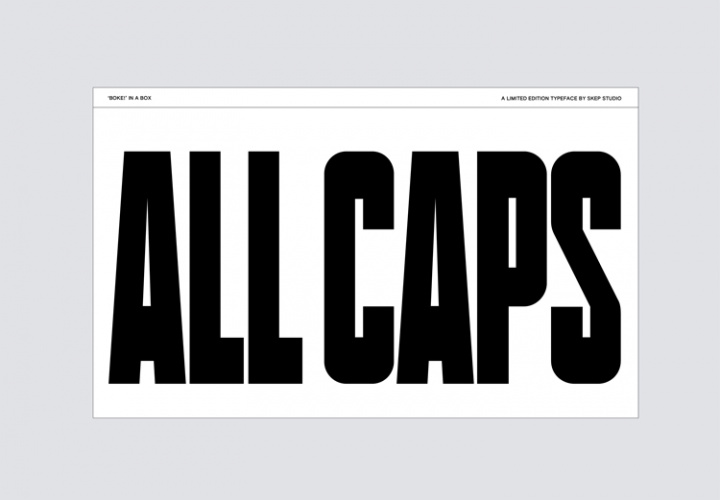 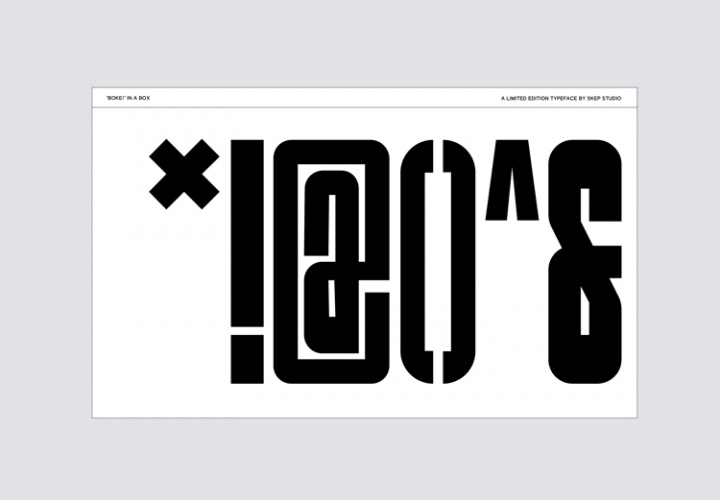