MassiveBASS (Brand Attribute Sound System) “combines art and science”, according to the consultancy, using data and metrics that measure recall, distinctiveness and connection to brand personality. 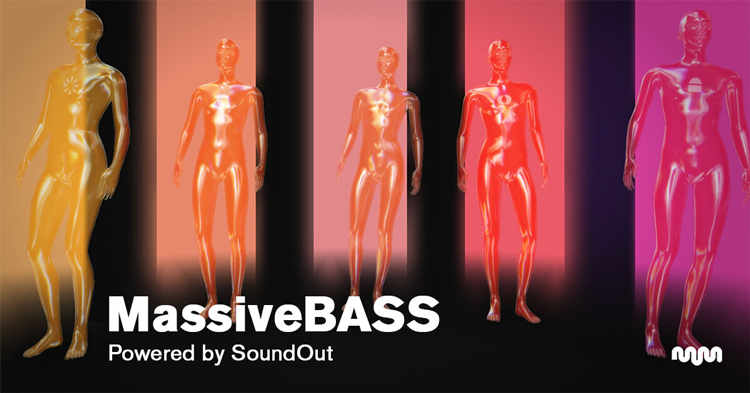 MassiveMusic senior creative strategist Marijn Roozemond says the motivation behind developing the tool came from wanting to put “scientific insight upfront, before we start composing” rather than further along in the branding process.

The tool works by ascribing different sounds to brand values and Jungian archetypes – a set of symbols and images that derive from the “collective unconscious” as proposed by Swiss psychoanalyst Carl Jung.

Nike, for example, uses the archetype of the Hero, while Disney is the Magician and Harley Davidson the Outlaw. MasiveBASS considers its database of sonic assets and then ranks them on the closest match to a brand’s personality.

The user experience of the tool first sees the brand or designer input their values and desired archetypes. These then return sonic assets to browse as well as data. The tracks that the user gets in response to their brand values and archetypes are just a starting point, Roozemond stresses.

“We like to refer back to that quote that says: ‘talking about music is like dancing about architecture’,” he says. “By thinking in musical terms right from the starting point, everyone in the room knows what we mean when we refer to bold or innovative sounds.”

The tracks are broken down using additional metrics so that brands and designers can more closely ascertain what works and what doesn’t. These include things like BPM, recall potential, distribution of instruments, key and genre. There is also the option to switch between working on a brand anthem and a brand sonic logo.

“With all this information, we then work on what the brand wants to highlight and how we can do that with music,” says Roozemond. “We add value to the selected tracks by then playing with sound – if a brand says it wants to be bolder, for example, that could mean adding distortion or making it a little edgier with synthesized sounds.”

“The emotional connection of music”

While there is a version of the tool available for brands and designers to explore for free, the more detailed database and the full list of sonic assets and values is used by MassiveMusic. Brands can get the whole experience by working with the team.

“The tool accelerates our process,” says Roozemond, explaining that by setting out the brand values and the sonic associations with said values from the beginning, it provides a solid foundation free from subjectivity to start building. Once that’s sorted, he says: “that’s when we start adding in all the creative bits like smashing lightbulbs sounds or guitar growls.”

“We know that music communicates values and influences how we feel, and this tool is really about identifying and working with what consumers really mean when they say ‘happy’ music or ‘inspiring’ music, for example,” says Roozemond. “It’s about using data to get a better grip on the emotional connection of music.”