The logo has been redesigned, along with a wider identity overhaul which includes a bespoke typeface and packaging.

Established in 1996, the craft beer originates from Holland, which is a small city in Michigan founded by Dutch Americans.

DBNY creative director Mike Perry says that while the brand was once a “category trailblazer”, it has since lost its way. “As craft beer became an increasingly competitive market, the core brand’s distinct qualities and its notoriety had gotten lost in the crowd,” he says.

The challenge was to create a distinctive identity and “revitalise the brand’s unique Dutch and Midwestern heritage”, Perry says.

The design process involved a trip to the brewery’s home, which revealed a local pride in the brewery. This inspired one of the most prominent aspects of the rebrand: the restyled logo.

“We wanted to bring out a sense of pride through a badge-style logo, and we were inspired by the most iconic Dutch item – the bicycle,” Perry explains. The design team took its cues from bicycle head badges and combined them with depictions of windmills found in Michigan, Holland. 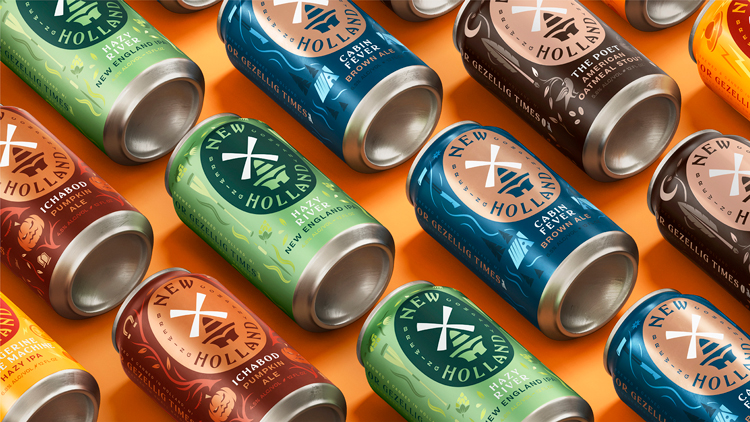 While the brand’s orange has been retained, a navy blue shade has been added. This colour combination can be seen throughout the identity, on paraphernalia such as drinks coasters and also in physical spaces.

Another focus of the rebrand was typography, which can evoke the branding even when the logo isn’t used, according to the design team. The inspiration for the bespoke typeface came from an old hand-painted type found on a Delft tile (traditional pottery native to Holland) in the brewery’s hometown, DBNY design director Gregor Johnstone explains. 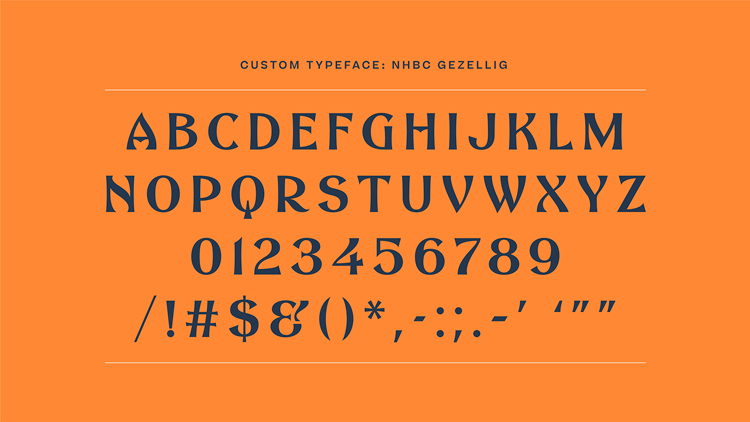 The updated typeface has “an uplifting energy”, he says, though it aims to retain some of the original type’s character. The team worked with London-based typographer Rob Clarke on the logotype and collaborated with typeface studio Dalton Maag (also based in London) on creating a fully functioning typeface.

The illustration used on the packaging was the studio’s contemporary take on classic Delft pottery design. DBNY also realised that craft beers were usually shelved higher than regular brands and so aimed for simplicity when it came to the packaging, making use of simple colour backgrounds to distinguish variants. 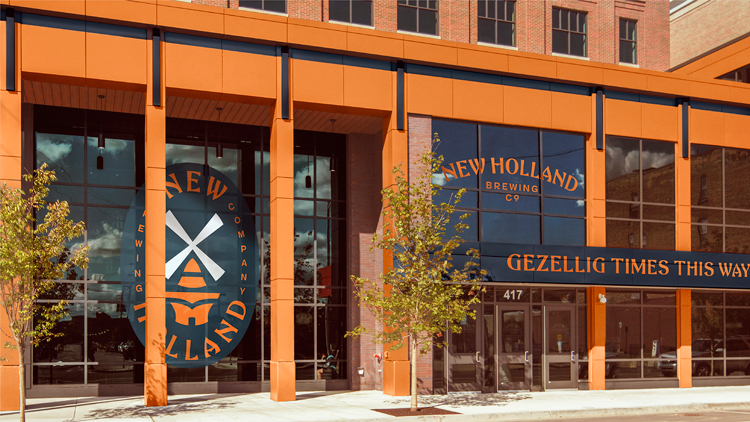 Another inspiration for the new identity was the Dutch concept of ‘gezellig’, which roughly translates as a sense of cosiness and conviviality.

“We wanted the ‘gezellig’ feeling to come through in everything we did,” Johnstone says. “The positive energy within the logomark, the playfulness of the illustrations on pack, the bright welcoming colours, and the warm and inviting photography style all have the notion of ‘gezellig’ at their heart.” 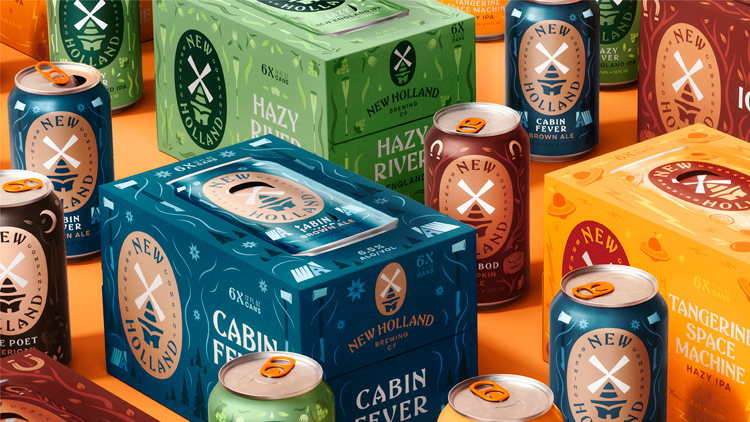