The work includes a new wordmark, app redesign and accompanying promotional campaign. The London-based agency has also advised on strategy.

Weezy says it is the UK’s first on-demand supermarket, and aims to delivers groceries within 15 minutes via electric mopeds or push bikes.

This year, the London-based start-up announced it has raised almost £15m in funding. This financial backing is expected to help the platform expand throughout the UK.

Service as well as speed 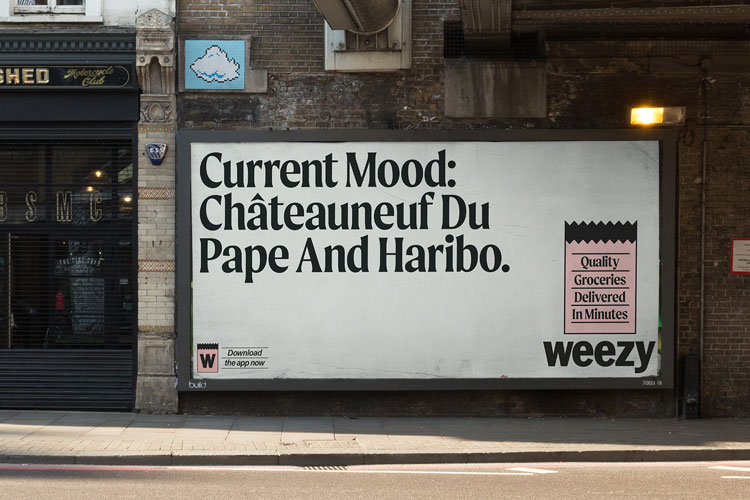 Otherway founder Jono Holt says that the rebrand aims to showcase the company’s service rather than just its speed and convenience. “Being fast with deliveries is a good thing but you can’t base your entire branding around it,” he adds. “At some point you’d break.”

Following consultation with the company, the design team decided that local grocery stores were a good point of comparison. “It’s going to organise all this amazing produce for you and get it to you really quickly,” Holt adds. 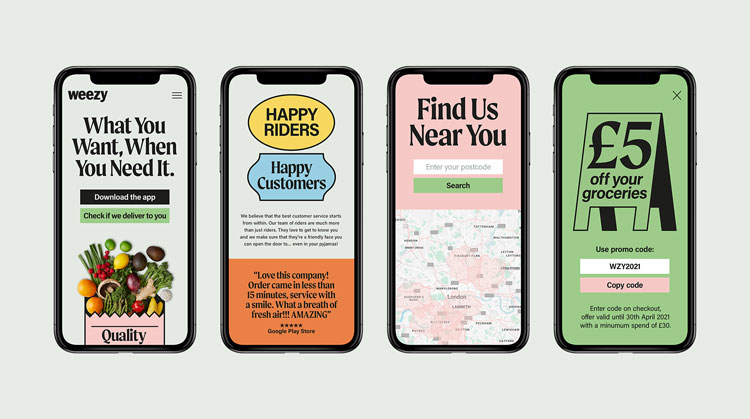 The new wordmark has been drawn with grocery store signage in mind, Holt says, with careful consideration to the ‘e’s so that the overall look was “friendly”. The typeface Moret has been used for copy, such as the taglines on billboards.

Traditional shopfronts, such as Italian delicatessen Lina Stores in London’s Soho, have inspired details such as the illustrations of A-boards and labels. “We started looking at iconic grocery stores around the world and the nostalgia we feel for them,” Holt says.

The previous brand’s red colour palette has been replaced by a light pink, which is used throughout the identity. Part of the reasoning for this “bold” colour choice was to help the start-up stand out in the crowded delivery service space, Holt says.

“We wanted to use a colour that Weezy could own – everyone knows when you see the Deliveroo and Just Eat drivers around,” he adds. The colour will be used prominently on drivers’ attire and bikes, according to Holt. 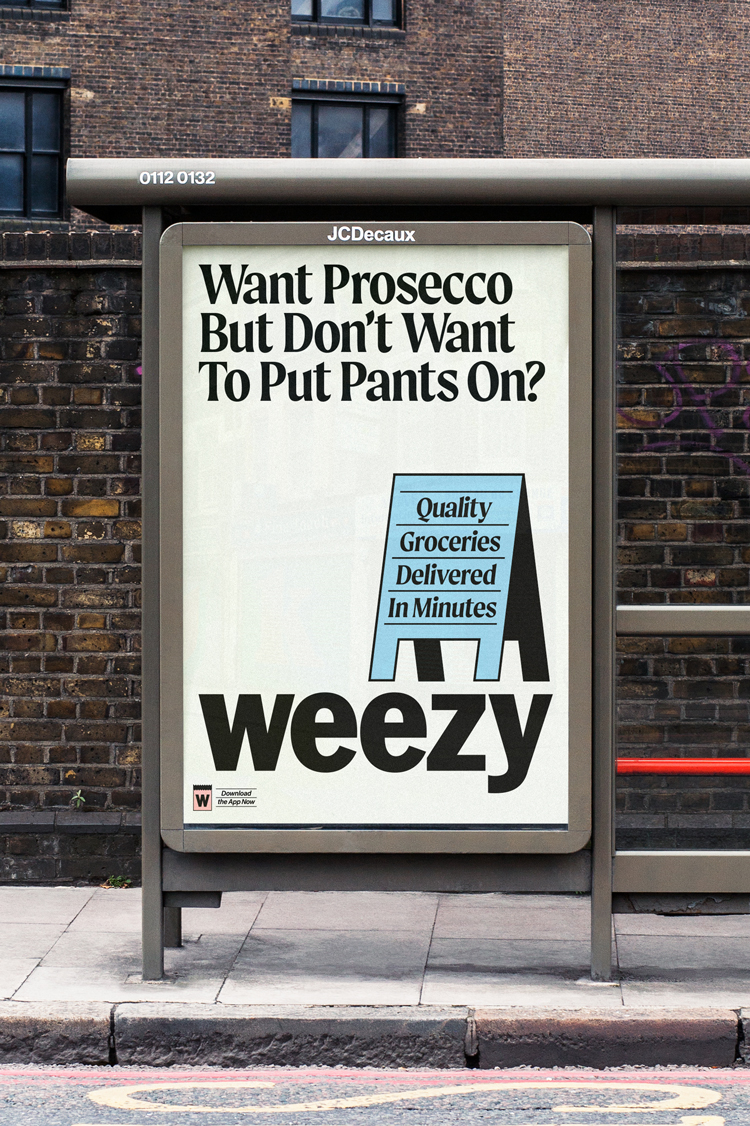 This process also influenced the experience of Weezy. The produce will be delivered in paper bags, not plastic ones, as a nod to traditional shopping. Holt says that the new positioning aims to present Weezy as a “friendly and honest” service for customers as well.

Weezy’s app has also been redesigned, in line with the new identity. The carrier bag illustration is used up in a lock-up with the wordmark’s ‘w’ for the app icon.

What do you think of Weezy’s rebrand? Let us know in the comments below.