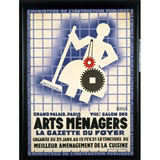 The resurgence of interest in Modernism shows how deeply indebted design continues to be to its early pioneers. But, argues Jeremy Myerson, this should not blind designers to the values of pluralistic Postmodernism

The Victoria & Albert Museum’s Modernism show, curated with great flair and fastidious attention to detail by Christopher Wilkes, is a treat for all designers. It works well on so many levels – popular, academic and experiential – because it is not afraid to track back over the most heavily trodden ground in design history, to present a kind of greatest hits of the pioneering Modern Movement up to 1939.

Never mind that images and designs by Walter Gropius, Le Corbusier, Alvar Aalto, Herbert Bayer, Buckminster Fuller and all the other Utopianist greats of the period have been favoured and fetishised by the cultural industries to the point at which familiarity can breed complacency, if not quite contempt.

Here they all are in one place, at one time, organised within the tight confines of the V&A’s three temporary exhibition halls by a combination of Wilkes’ skilful curatorial framework, which sets the work within the context of such themes as the machine, nature and healthy body culture, Eva Jiricna’s uncompromisingly bold exhibition design and Pentagram’s direct graphics.

The show is essentially a grand tour of a world visibly turning on axis from the outbreak of World War I to the outbreak of World War II, the kind of perfectly handsome blockbuster that the V&A should – and increasingly does – take on. But for all its historical cadences, I was struck not so much by what it says about design then, but what it suggests about design now.

For British audiences, this is important. In Modernism’s pioneer phase, Britain was little more than a sideshow. By and large, the UK resisted Modernist ideals in the 1930s. It lacked the social ferment of Germany or the USSR. Some of the movement’s key figures fled to Britain to escape the rise of Nazism, but they quickly moved on to the US, where Modernism as an international style would be adopted – and corrupted – wholesale by the corporate US in the years after World War II.

But if Modernism didn’t mean much in Britain at the time the originals were being minted, it has been the aesthetic movement of choice for the British design industry over the past decade. From about 1996 onwards, the call of the Modern has been irresistible for contemporary commercial designers in the UK.

Look at the roll-call of award-winners as a barometer of industry values in recent times and it has been all but impossible to design a corporate identity, a furniture range, a bar interior, an office product or a poster without recourse to the visual language pioneered by the Modernists of the early 20th century. 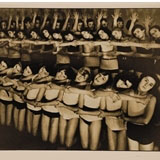 It is as though the Postmodernism that washed through British design in the 1980s has been wrung out with all the zeal of the early Bauhaus compounds. The stranglehold of what critics have called Neo-Modernism has been especially powerful in British graphic design, where projects of angled Helvetica in monochromatic composition have taken us back to the future again and again.

The penchant for simple brand names such as Orange, Egg and Go kick-started the Modernist revival of pared-down, less-is-more communication in the 1990s and the industry has simply run with it. Other factors have played their part. Globalisation in business required campaigns to be international, to work across many markets, leading to a simplified visual language. The rise of digital technology created a complex information world for which the antidote would be a fundamental clarity of expression.

But the irony of the Modern orthodoxy self-imposed by British designers is that it is almost entirely divorced from the original social context of Modernism, leading to the term ‘Aesthetic Modernists’ being applied to current practitioners.

Graphic designer Michael Johnson, who co-curated the Rewind exhibition of 40 years of design and advertising with me at the V&A in 2002, sums it up. ‘The original stuff had real meaning. People were living a life, not just living a typeface. Today, Modernism is just the prevailing fashion,’ he says.

But all prevailing fashions and visual monocultures run into the sand eventually. Even the solid social foundations on which Modernism’s founding fathers built their avant-garde ideas became irrelevant in the latter half of the 20th century, as the corporate US killed modernity stone dead with merciless repetition on the page and on the city plan, leading Robert Venturi to declare ‘Less is a bore’.

Wilkes’ exhibition does not cover this aspect of the Modern Movement – its messy and controversial decline with the dynamiting of high-rise apartment blocks in the 1970s. The V&A show stops abruptly in 1939 on the eve of war, with Modernism established as a glossy mass-market phenomenon and the Nazis with their Volkswagen in production and their armies poised to invade the rest of Europe.

But others have done so, not least Tom Wolfe with his splendidly ferocious assault on the ‘White Gods’ of Modernism in the book From Bauhaus to Our House. And what we learn from Wolfe is that even the most dominant aesthetic cultures lose momentum when cast adrift from the moral strictures that shaped them in the first place.

There are some signs slowly emerging that British design is shaking itself out of its Neo-Modern torpor. If we look at the latest batch of Design Week Awards, noteworthy graphics work includes the English classicism of the National Gallery branding (by The Partners) and the Punk-revival of Knucklehead (by Johnson Banks). But, inescapably, the industry has quaffed mightily from the vast reservoir of Modernist design thinking over the past decade, ironically 70-odd years after the lake was first filled with the liquid of new ideas. And it largely continues to do so, even now. 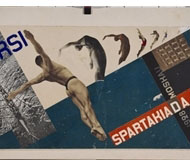 The V&A’s Modernism show is highly recommended as the place for today’s designers to go to reacquaint themselves, literally, with the source of so many current design solutions. But they should go with this thought – at a time when a somewhat stale and conservative British design industry needs to reaffirm itself intellectually and creatively, it should consider that if it wants to reclaim the dizzy heights of leadership of the 1980s, it should also re-embrace the pluralism that lies at the heart of Postmodernity.

Now that, as we stare in wonder at the Modern Movement greats assembled in South Kensington, might be more than some could bear.