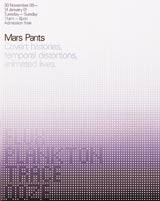 Letterforms are ubiquitous. If we stopped to take in every word that we encountered on our way to work, we would never get there. We pass street signs, posters, shop signs, van sides, bus stops, number plates, graffiti and litter. They hit us from all sides, heights and angles, fashioned from neon, brass, etched glass, paint, print, chalk, plastic, cardboard and metal. We carry them around with us, on newspapers and mobile phones, T-shirts, food packaging and money.

The typographical density of any major city is phenomenal. Which is why we all exercise a form of instinctive filtering. We take in relevant or interesting information and consign the rest to the background. That’s not to say it doesn’t register. It does, but on a more visual/visceral level. In this context, type becomes a kind of ‘letter picture’, moving away from an abstract representation and back to its original roots as a visual image. Letters become pleasing aesthetic shapes, rather than convey specific meaning.

The illustrative potential of typography, of course, has been evident almost since people started writing. It’s there in the beautiful Egyptian hieroglyphics on the tombs of the pharaohs; the ornate script and calligrams that decorate ancient mosques; the illuminated manuscripts of the Middle Ages; 1960s concrete poetry; 1990s ‘grunge graphics’. But it’s never been as ubiquitous or mainstream as it is today. Taking their influence from the street, consumerism and mass media, designers from many disciplines, including fashion, ceramics and print, all use type to create visual focus and texture.

Since the 1960s, T-shirts have provided the perfect slogan space, somewhere to get things off your chest. Now, skate/surf designers like Paul Frank splash print on the backsides of their trousers; Dior dresses come covered in floating script; Dolce & Gabbana shirts sport punky overlayered lettering; Commes des GarÃ§ons prints large bold Helvetica on otherwise formal garments. Fashion and graphics crossover in the work of up-and-coming label Raf Simmons, which has been granted access to Peter Saville’s back catalogue, and reproduces it directly on to parkas and other must-have items.

And the High Street, as ever, is yapping at the heels of high fashion – Marks & Spencer’s range of autumn bedlinen features a set covered in typewriter script; Paperchase offers greetings cards awash with duplicated words – why say Happy Birthday once, when you can say it 20 times in as many colours?

It’s a phenomenon that hasn’t been lost on Mark Faulkner, founder of the aptly named Repeat Repeat, a contemporary ceramics design group based in Stoke-on-Trent. He uses type extensively on tableware, especially the company’s highly collectable bone china mugs. The company’s Drink collection was inspired by ‘drinks cans and takeaway cups,’ Faulkner says. ‘With those kinds of objects, I like the way the letterforms wrap around the cylinder, the text becomes non-specific, and the shapes of the letters become interesting. I’m changing the context and creating a pattern that suggests a mood rather than communicates something specific.’

The Diner collection takes the notion a stage further, poking fun at the tendency of putting a self-explanatory word on an object as a form of decoration. ‘It seems you can’t buy a watering can without the words “watering can” on it any more,’ jokes Faulkner. The labels ‘coffee’, ‘tea’ and ‘chocolate’ are accompanied by deliberately patronising step-by-step instructions as to how to make said drinks.

In the realm of print graphics, even arch-modernists like Sea Design have embraced the notion of using type in an illustrative way. The functional intention of a sans serif face is subverted as it is used in lieu of photography, mark-making or more orthodox illustration. A sample book for the Colorplan range of papers from GF Smith comes wrapped in a thin tissue paper with the word Colorplan printed hundreds of times in delicate pink diagonal lines. Prise it off and you are greeted with a contrastingly large silver foil-blocked rendition of the range name. Similarly, EMI’s 2001 annual report sported a flock cover, debossed with the single word ‘music’, in Akzidenz Grotesk Rounded.

Creating bespoke lettering, like the neon sign Sea commissioned to tout a series of British Design & Art Direction lectures, or the Architecture Foundation poster featuring words punched out of a grid of golf ball-sized dots, is a means of adding engagement and originality to the mix. ‘Type is so powerful, you just can’t beat it,’ says Sea director Bryan Edmondson. ‘It has character and expression, so it’s perfect for illustrative use.’

One of the great beauties of this route, as the late Tibor Kalman memorably pointed out, is that ‘big type is free’, so exploring the illustrative possibilities of letterforms and their spatial relationships is a godsend when budgets are low. Henrik Kubel, who makes up one half of A2-Graphics/SW/HK, exploited this in a series of arresting black-and-white posters outlining a typographic brief for second and third year graphic design and advertising students at Buckinghamshire Chilterns University College. Here, all the nuts-and-bolts information is sectioned off across the functional top third of the poster, leaving the rest free to illustrate pertinent typographic points – from size and form to ligatures – in dramatically different styles.

It is still a relatively young company, but to date, A2 has the distinction of having designed bespoke typefaces for every commission it’s embarked upon. This includes projects for Victoria & Albert Museum, D&AD, The British Council and the Arnolfini Gallery. Given the time, patience and application, this is certainly a means of standing apart from the insistent typographic noise that’s all around us at the moment.

The pervasiveness of type is testament to its incredible versatility. It bestrides many extremes and contradictions. And it is here to stay as part of our visual landscape. It has become so ingrained in our psyche that even when we’re not reading it, we have come to appreciate its aesthetic form. As the influential French graphic artist and critic Robert Massin observed: ‘The city is like an enormous open book, written by an anonymous hand. It is enough just to look; the images speak for themselves.’