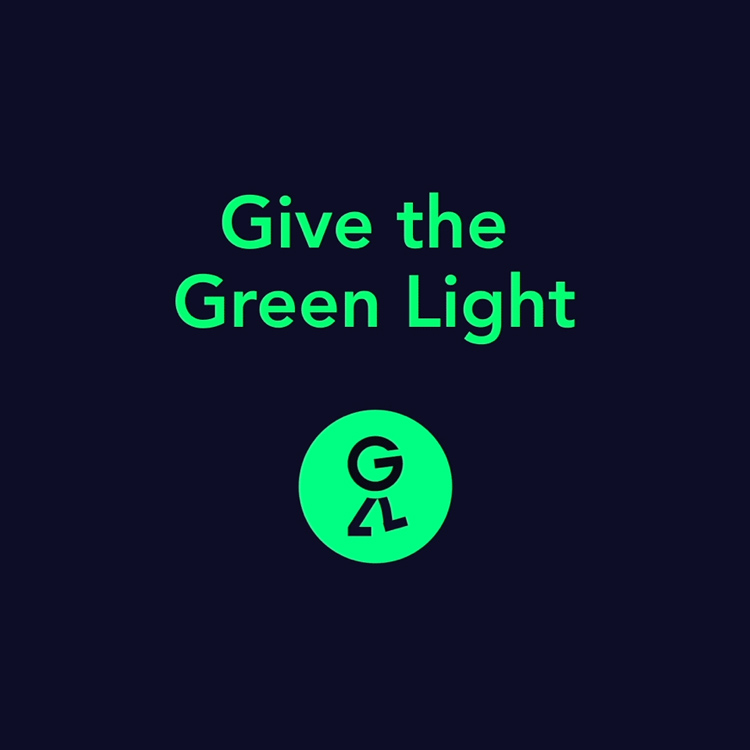 A new review website for the design industry has launched, which aims to show new designers which companies treat their employees well and are considered good places to work.

Green Light List is an online platform where designers, graduates and interns can leave positive reviews for companies that “treat their junior workforce fairly”.

The website is similar to existing employee reviews website Glassdoor, except that it is specific to design and will only contain positive reviews as opposed to negative ones too, according to the founder.

The website has been set up by Jenny Theolin, creative director at Studio Theolin, alongside digital design studio Rehab, which developed the platform.

Theolin says she wants to help junior designers find a workplace where they will be treated well, given opportunities and listened to.

Theolin, who also runs an MA course in digital media management at global, online creative school Hyper Island, which was founded in Sweden, says she was inspired to set up the platform after hearing her own students’ “horror stories” about employers. After a related post she uploaded on LinkedIn received one million views and 800 comments, she says “it was very clear this list was needed”.

The platform works by users registering and setting up a profile, which requires a social media log-in to ensure “they are not robots”, says Theolin. They can then request to leave a “green light” – or seal of approval – for a company, stating the name of the organisation, their website and reasons for why they were a good employer.

Once the company has been verified by Theolin and her team, the review will be uploaded onto the site and added to a list of companies on the homepage, alongside how many “green lights” or recommendations they have received.

“Positive” platform rather than a “black-list”

The aim is to be a “positive” platform, rather than encourage contributors to leave bad comments about places they have worked, Theolin says.

“I have a private black-list, and I’m pretty sure many other people do too,” she says. “However, spending time outing them feels like a waste of time. I would much rather show an amazing roster of companies doing a great job. Hopefully this in turn inspires companies on our private black-lists to shape up too!”

The reviews, which can be left anonymously if someone wishes, are currently vetted by Theolin and her team and “based on trust” with users, she says. She says that she hopes the website will grow so that Green Light List can receive funding to build a stronger vetting process.

She adds that, alongside helping young designers find a decent employer, the platform also aims to empower the junior workforce and change perceptions in the industry of their worth.

“Traditional studios will soon die, and the way junior creatives think, talk and create is pivotal to the future of creative working culture,” she says. “Shoving an intern in a corner and making them do mundane work or serve coffee is the opposite of what studios should be doing. We need to harness a workforce that asks questions – and entry-level creatives challenge the status quo more than anyone.”

She also hopes the website develops into a creative networking platform, and is encouraging people to get in touch with other users who have left reviews, to ask about their experiences.

Green Light List is not solely focused on design consultancies in the UK, and reviews can be left for studios based globally.

Not a “shit-list” of bad companies

Brimse, who has been practising as a designer for several years, says she wants to help recent graduates and offer guidance on getting that first job.

“Rather than a shit-list for all those studios that we know don’t treat their juniors well, we highlight the ones that do,” she says. “I would have appreciated this myself being new in the business. Maybe in the long term, this can change the industry and we can get rid of the bad eggs.”

“I want to show my gratitude”

Per-Filip Bekken, another designer who interned at Stendahls, adds that the platform allows designers to show appreciation to previous employers as well as impart advice on graduates. Bekken says he applied for the internship by designing a personalised website, explaining why he would be the right fit for the studio.

“I want to show my gratitude to Stendhals, which made work so much fun but also allowed me to tackle challenges and briefs with clients and colleagues,” he says. “I also want to show all future creatives that a good internship [and application] could really change their career.” 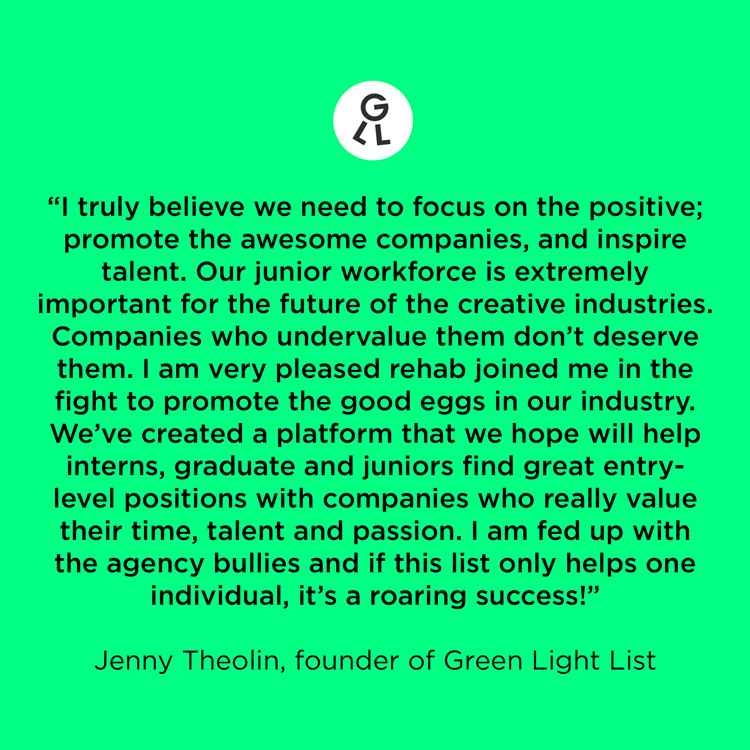 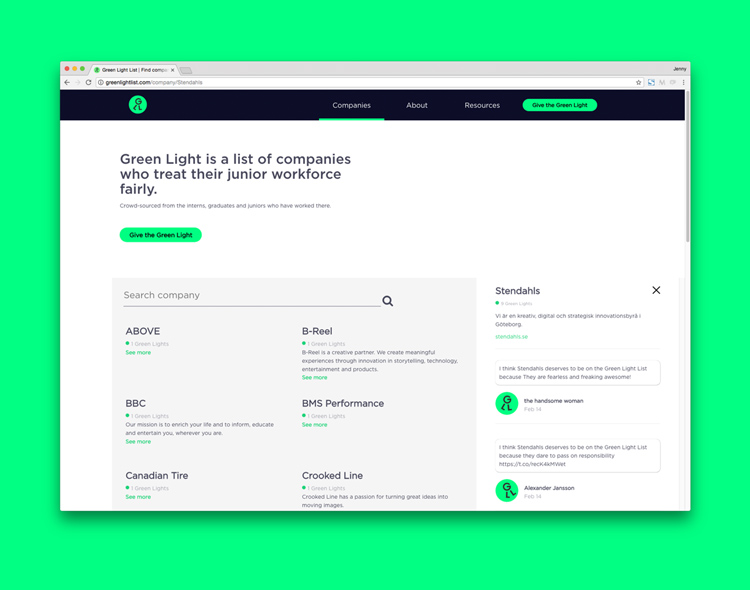 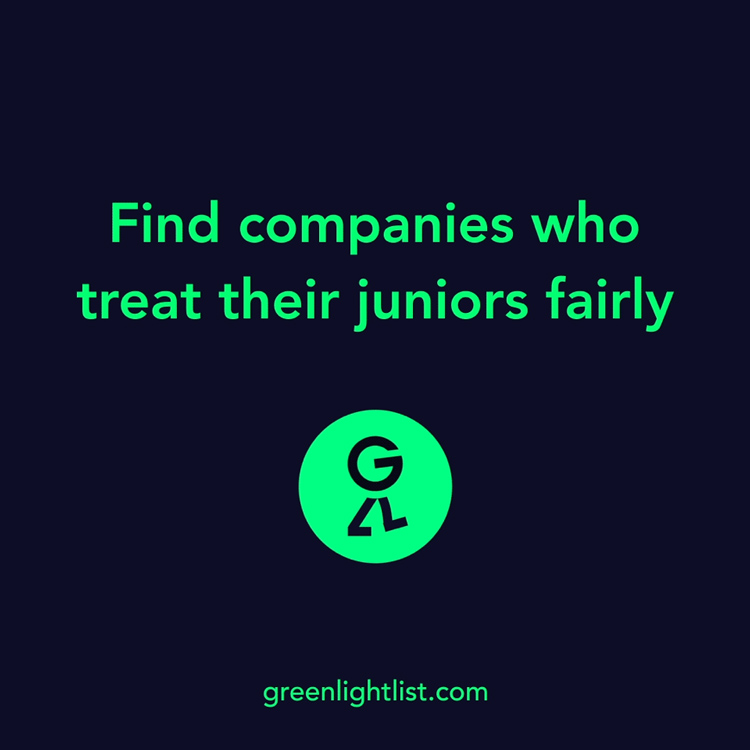