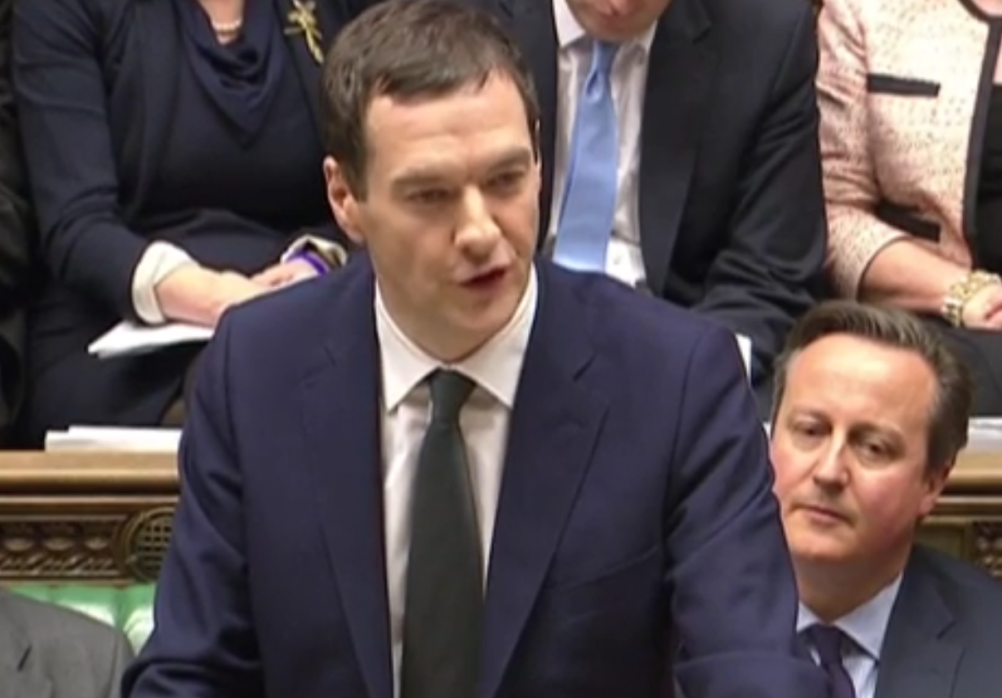 Chancellor George Osborne has delivered his Spending Review and Autumn Statement, in which he announced a series of major departmental budget cuts including slashing Business, Innovation & Skills by 17%.

Day-to-day departmental spending is to be cut by £20bn across Government, including Department for Culture Media & Sport, which will lose 20% of its day-to-day spending and see its overall budget cut by 5%.

Many had feared the DCMS cuts would be worse and Osborne has made a concession to the Arts Council, which will get a cash boost. He also says that national museums and galleries will be supported between now and 2020 so that entry can be kept free.

Larger institutions mentioned by name include the British Museum, Science Museum, and V&A, all of which stand to benefit from a £150m investment in “world class storage facilities.”

Despite this, shrinking local authority budgets could mean that smaller museums will be placed at risk.

Osborne spoke of “devolving” power to local authorities. A council will be able to generate quick cash by keeping 100% from the sale of any property it owns “to improve their local services,” says Osborne.

In theory the move will make public buildings more attractive selling prospects for councils. Collectively local government currently owns property worth a quarter of a trillion pounds, according to Osborne.

Meanwhile local authorities will also be able to set their own business rates and keep all revenue from those business rates by the end of this parliament, while central Government grants to councils will be scrapped.

Osborne says: “We’ll give councils the power to cut rates and make their area more attractive to business.

“And elected mayors will be able to raise rates, provided they’re used to fund specific infrastructure projects supported by the local business community.”

Small business rate relief will be extended for another year. This means around 600,000 businesses which only have one property with a rateable value of less than £12,000 will receive 100% rate relief (rather than 50%) up until March 2017.

The creation of 26 new enterprise zones was also announced. They comprise 18 new zones and 8 extended ones. Areas include Carlisle, Dorset and North Kent. You can find a full list here.

APDIG head of group manufacturing design and innovation Naomi Turner says: “While many in BIS were braced for severe cuts, the 17% unveiled yesterday does not seem so unwelcome. Research Councils rumoured to have been closed will be merged into one body – Research UK, together with Innovate UK – and there is no reduction in cash terms to the latter. Spending on science has increased in real terms, as well as what Arts Council Chief Executive Darren Henley has called ‘an astonishing settlement’ for the arts and cultural sector.

An early Santa sack of gifts for the Chancellor’s favourite institutions (in particular those outwardly looking to boost digital literacy and coding skills) is of course welcome, but should be viewed critically alongside drastic reductions for local authority budgets, traditionally funders or at least convenors of craft skills and grassroots creativity. LA’s are right to now address pressing concerns around adult social care and other groups more at risk from the effects of austerity.

In general, the Government’s attempts to move so many functions of civic life from the public to the private sector should in any case be seen as a huge opportunity-with increased tendering of contracts a Trojan horse for design as never before. As always, this becomes a question of procurement, and ensuring that budget holders and key commissioners have the confidence to employ small design firms rather than large consultancies.”

Creative Industries Federation chief executive John Kampfner says: “This Autumn Statement saw a strong endorsement from the Chancellor of the value of the arts and creative industries, and recognition that the contribution they make to the economy more than repays investment in them.

We welcome the fact that funding for Arts Council England and the national museums and galleries appears to have been broadly protected against pre­settlement fears that they would take a massive hit. We trust that the settlements for Scotland, Wales and Northern Ireland will offer similar support to their creative bodies.

However, we are concerned about the consequences for arts organisations outside London of the deep cuts to local authority budgets. We call upon national government, local authorities and the arts and creative sector to work more closely to ensure strong arts funding in the regions.”

Mike Hayes, tax partner at Kingston Smith says: “In spite of all the speculation in the last week or so about entrepreneurs’ relief being severely curtailed, no such change has been announced today. You will recall that Finance Act 2015 denies entrepreneurs’ relief for corporate members of LLPs/partnerships and corporate owners in JV structures where these companies are not trading in their own right. It would appear that representations have been made suggesting that these changes have prevented entrepreneurs’ relief in genuinely commercial structures.

The government is considering a moderation of these changes, however no details of what they have in mind have been published and no time scale set. This will be viewed as a welcome relief for many SMEs and we await the specific details with great interest.

HMRC will be taking forward the ‘majority of recommendations’ from the Office of Tax Simplifications (OTS) report on Employment Status which was published earlier this year. These recommendations included having a ‘set de minimis’ level for payments to an individual who carries out some activities for a business, which would definitely not be an employment. This would give certainty to contractors (freelancers) carrying out short term assignments.

Whether this sensible suggestion is one of the ‘majority’ the government will be taking forward remains to be seen but generally the recommendations in the OTS report would result in greater certainty and availability of information to contractors so they can determine what their status should be when working for businesses.

A surprising absence from the Chancellor’s speech and the papers which followed was any detailed statements around IR35 which remains the elephant in the room. Most acknowledge this is an area in need of reform so we’ll have to wait until the Budget in March next year to see if the Chancellor has the appetite to tackle this.”

• Osborne also announced that the government will help to fund the £100 million development of a new campus in Battersea for the Royal College of Art.

Royal College of Art rector Dr Paul Thompson says: “This is excellent news for the RCA, for London and for Britain’s creative industries. The new campus will create a flagship centre for design and innovation boosting UK creative industries. As the Chancellor stated, today’s announcement is an investment in Britain – the design economy is worth £71.7 billion to the UK and the RCA is a vital contributor to British design and creative arts.“

Digital smart desk will “eliminate the need for desktop computers”