Healthy agencies that are firing on all cylinders produce great work. But what does a robust business look like, and what are the warning signs if things are about to plummet south?

Proud to make “software that gives a shit” about such things, project management software company Streamtime has defined several signs to look out for that indicate your agency is in rude health: as well as healthy profit, you need healthy people, healthy working processes, a healthy approach to pitches, healthy client relationships and healthy pricing models.

These are all interconnected: your team’s wellbeing is not a standalone issue. Healthy people are the driving force behind a profitable agency. If your team is burnt out, overworked and struggling with their mental health, it should be no surprise that productivity will drop in tandem. And the quality of the work will suffer too. 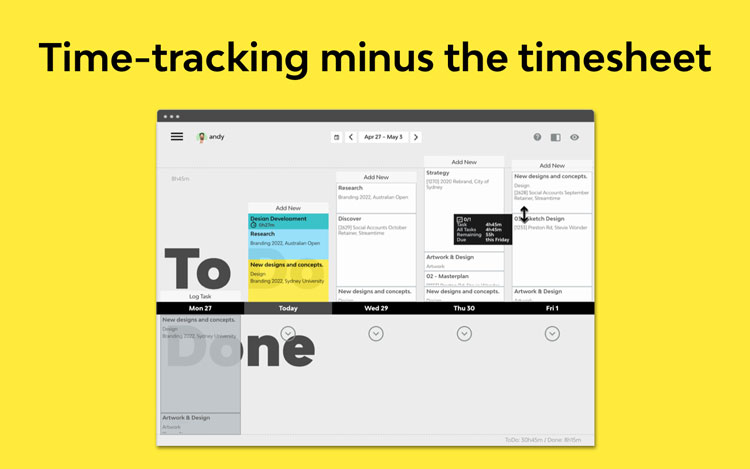 “If you try to squeeze every last drop of work out of someone, it’ll all fall over at some point,” warns Tom Tapper, co-founder and CEO at creative agency Nice and Serious, a regular user of Streamtime’s products. “As an industry, we’re very good at pushing people to the limit.”

All of the above health indicators are under intense pressure right now. It’s not rocket science that your agency’s profits may drop when times are tough, whether because there are fewer projects out there, or client budgets are squeezed.

And if the pandemic forced you to furlough people or make redundancies, those left behind are probably working harder to keep the ship afloat. You may hit bottlenecks, especially as you try to resource pitches alongside live projects.

That’s without considering the wider strain on people’s mental health in 2020, the year that Streamtime is surely not alone in describing as a “clusterfuck”.

With all this in mind, here are a number of ways to improve the health of your agency:

According to Tapper, improving your agency’s health may mean rethinking your business model. “It’s totally unrealistic to rely on people being billable 95% of the time,” he says.

Running a creative business is a complex balancing act of many different elements, and Streamtime is well-placed to help agencies of all shapes and sizes tread that line, through features that include job planning, time-tracking, scheduling, quoting, invoicing and reporting.

These include raising red flags for sustained overworking, to help managers address the issue early and avoid burnout. Polls will help capture how happy your team is feeling while working on a project, rather than just tracking how many hours they’ve clocked. 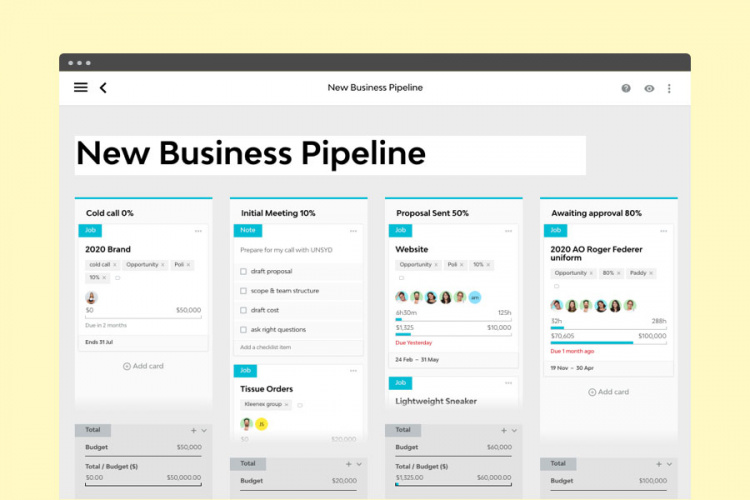 Part of this is being honest about time spent on pitching in particular. “Get into the mindset of consciously paying for that time, rather than expecting people to bill eight hours to a client and then magic up a proposal in their spare time,” urges Tapper.

“If they do, you need to know they’ve done 12 hours that day and not sweep those hidden costs under the carpet, which we do so often in this industry. Build a business model that allows for the work people actually do.”

Free pitching can be a particular issue. The Streamtime software helps steer your agency through that familiar resourcing black hole – making sure you capture progress on a job the minute it begins as a conversation, not just an approved quote – encouraging agencies to charge clients fairly for time spent, either before or after a project win.

At branding agency Ragged Edge, also a client of Streamtime, the culture is to empower everyone to think more like a founder and be more emotionally invested in the agency’s successes as a result. 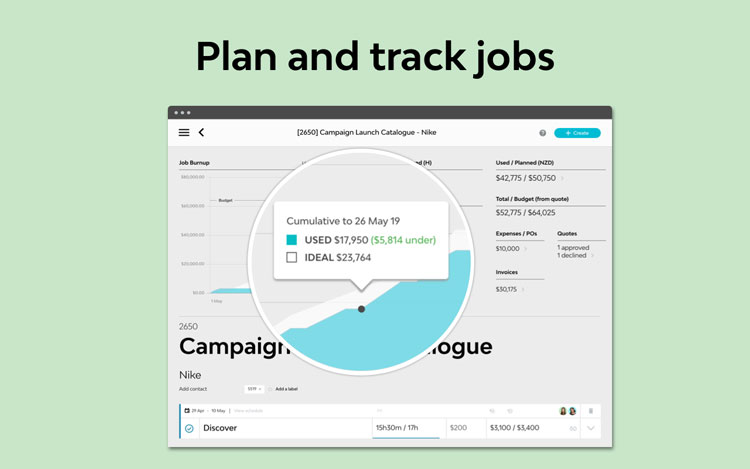 That includes educating the whole team about the importance of commercial rigour and profitability as well as great work. “It’s the foundation of the business: when we’re profitable, we can be freer creatively,” says co-founder Matt Bland.

And if everyone feels empowered to make an impact on the bigger business picture, Bland argues, it has a positive impact on people’s wellbeing and the agency’s creative output.

When Nice and Serious was forced to furlough staff, Tapper advocated transparency with all involved, including those who remained in their roles and had to keep things running.

“We were honest and open about our finances,” he says. “That included how much revenue we were bringing in, and what our loss was. It’s better to be realistic in those situations.” 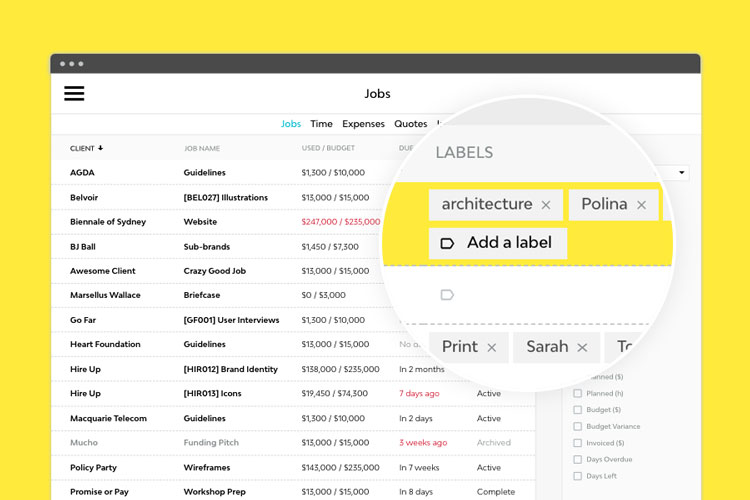 This kind of transparency can be demotivating, however, and Tapper adds that it was coupled with the uplifting message that everyone in the agency had some influence on improving the situation – such as helping to win new business.

“If profits drop, it’s not about squeezing the team harder but accepting the fact that some other aspect of your business isn’t working,” he continues. “It might be that projects aren’t managed efficiently, and you need to address that.”

Ragged Edge is somewhat unique in that its head of people and culture, Lisa Mitchelmore, is also responsible for resource management – so she can take a holistic view on how a project affects the health of every aspect of the business.

“At the beginning it was a fairly transactional process – this is the job, I need these many days,” she recalls. 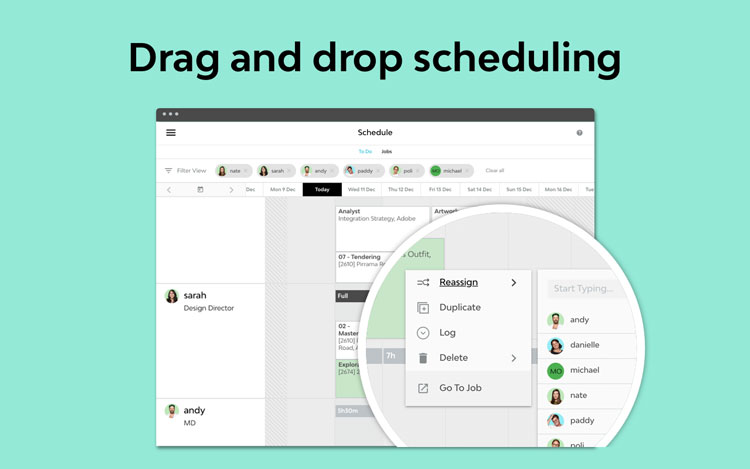 Over time, she developed a much keener understanding of the pressure points and is well-placed to monitor Ragged Edge’s day-to-day health from several different perspectives. Bland now describes her as “the beating heart of the agency”.

Watch out for red flags

Both Ragged Edge and Nice and Serious keep a close eye on the early warning signs for an unhealthy agency culture developing.

As Tapper points out, there are certain direct indicators – such as rising absenteeism and sick leave, or specific reports of mental health issues. Just telling people to take time off is just “slapping a plaster on it”, he adds – you need to address the root cause and provide genuine support.

Other signs are more subtle. “You sense it in the atmosphere of meetings: a more negative vibe; people feel vulnerable and point blame elsewhere,” Tapper explains. “The dynamic changes: rather than a team working together, the balance shifts to individuals.”

Bland adds that when an agency is under pressure and its operational health suffers, reduced thinking time and a general lack of clarity are common symptoms.

“If there’s not enough time to think, you’ve probably got too many projects on,” he reasons. “You may not be producing to the standard that you want. You need a healthy mix of clients for a sustainable business model.”

A key factor in running a healthy agency is the awareness not just of how time is spent, but also the perceived value of that time to the client.

“Projects often have ‘scope creep’, where a client asks for a more than we originally thought they wanted,” says Bland. “But there’s also scope seep where we decide to show them more than they asked to see.”

As he points out, the risk is that the team piles extra hours into a project – perhaps late nights and weekends – in order to deliver work the client wasn’t expecting.

“Because they weren’t expecting it, they don’t value it,” he adds. “They might want it anyway but won’t pay more. That impacts not only the team’s morale but also the profitability of the project.” 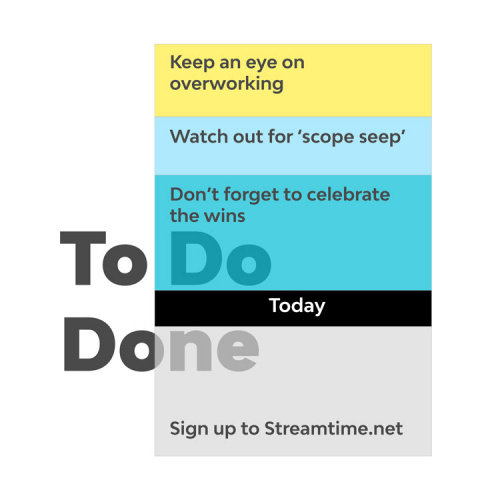 Giving the entire creative team a more astute commercial perspective shifts the focus: “Now, they see scope seep as an opportunity to sell-in additional value for the client and charge fairly for it.”

Streamtime is in fact setting its sights on box-ticking procurement departments everywhere and has aspirations to steer the industry at large towards a more value-based pricing model – which will hopefully bury those dreaded timesheets once and for all.

The philosophy is further backed up by the company’s support for Never Not Creative, the community initiative focused on improving mental health, graduate and value-based outcomes for creatives across the world.