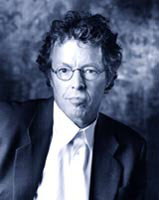 Last week Cordiant Communications Group confirmed what many in the design industry had been expecting ever since it took over Lighthouse Global Network, the then owner of Fitch, over a year ago. CCG is using the Fitch brand name to build a global branding and design network out of the disparate groups it plays parent to (DW 16 August).

Plans are at a reasonably early stage as the network is not due for launch until December. Its executive committee is in place (see box), but its identity has yet to be finalised. Group companies have simply added the Fitch name to theirs in the interim. CCG Design and Branding global chief executive officer Paul Stead has been at pains to point out that it is not doing away with individual consultancy brands, such as PSD, Bamber Forsyth and Primo Angeli.

Nor is it doing away with any staff. Stead declines to comment on the surprise departure of former Fitch chief executive officer John Harrison, who stepped down less than a month before the network announcement (DW 19 July). No management changes are planned (Enterprise IG director Jane Simmonds replaced Harrison) and he says there are ‘absolutely’ no plans to make redundancies further down the group’s chain.

Cynics might argue this forming of ‘the world’s second largest branding and design network’ is merely a cosmetic exercise. Adding Fitch to sister company names is hardly earth shattering and neither is the formation of a new executive committee.

Stead argues otherwise. The network arrangements under Lighthouse created a much looser association and the new executive committee gives each design operation direct representation. ‘We have got a cross section of people from around the world, including all heads of business, so everyone can be heard,’ Stead says.

Design is a people business and people – particularly creative people – are unpredictable, sensitive to perceived difficulties and generally hard to handle. The news that the Fitch brand is not being applied wholesale to the group’s design interests must in part be to protect the sensitivities of the individual consultancies and the individuals that run them, as well as to leverage areas of speciality and brand recognition, says Stead.

Global chief creative officer Ted Leonhardt stresses that the network is about cohesion, but not about uniformity. ‘We are not homogenising the offer – we don’t want everyone to be the same. We want to emphasise those cultural differences that gave rise to the skills and specialities [they] have developed,’ he asserts. ‘My job is to champion creativity, celebrating what each office has to offer, looking at the similarities and differences and enhancing those differences. This business is all about people, particularly people trusting each other.

‘Whenever a company is taken over [or something similar happens], it doesn’t matter whether you are 25 or 45 years’ old, you still think “oh, my god, this is the end”. When you see that everyone is coming at it from different, but similar perspectives, you think “woah, this might be good for me”. People are concerned at first, but they have learned over the past six months that when they share in any way at all – whether it is work on the same client or a comparison of how you approach product design – it breaks down barriers.’

He points out that several network companies are already collaborating on client projects, such as Bamber Forsyth in London and Leonhardt in Seattle working on a naming job together and Peclers work with PSD on colour, texture and materials for a new product. He and the rest of the management team are trying to connect people on ‘a very personal level’ and to enhance relationships between parts of the network and spread them, he says.

‘People go to work for design groups because they have stars in their eyes, because they want to produce the next great thing,’ Leonhardt says. ‘Fundamentally they want to co-operate with each other to achieve that. The chance to get to know and work with people across the world is pretty exciting and the idea that you can be sitting in your office in San Francisco and hook up with colleagues in Osaka or Paris is a pretty motivating idea because you can share knowledge and experience and because there are more opportunities,’ he continues.

‘It is all about openness and honesty. When [people] realise that what we want is more fun, and that we offer more opportunities to promote and celebrate what they are doing – that it is real and not just talk – they really do share our ambitions,’ he says.

Leonhardt concludes with a truism: ‘It is how people feel that makes it work or not.’